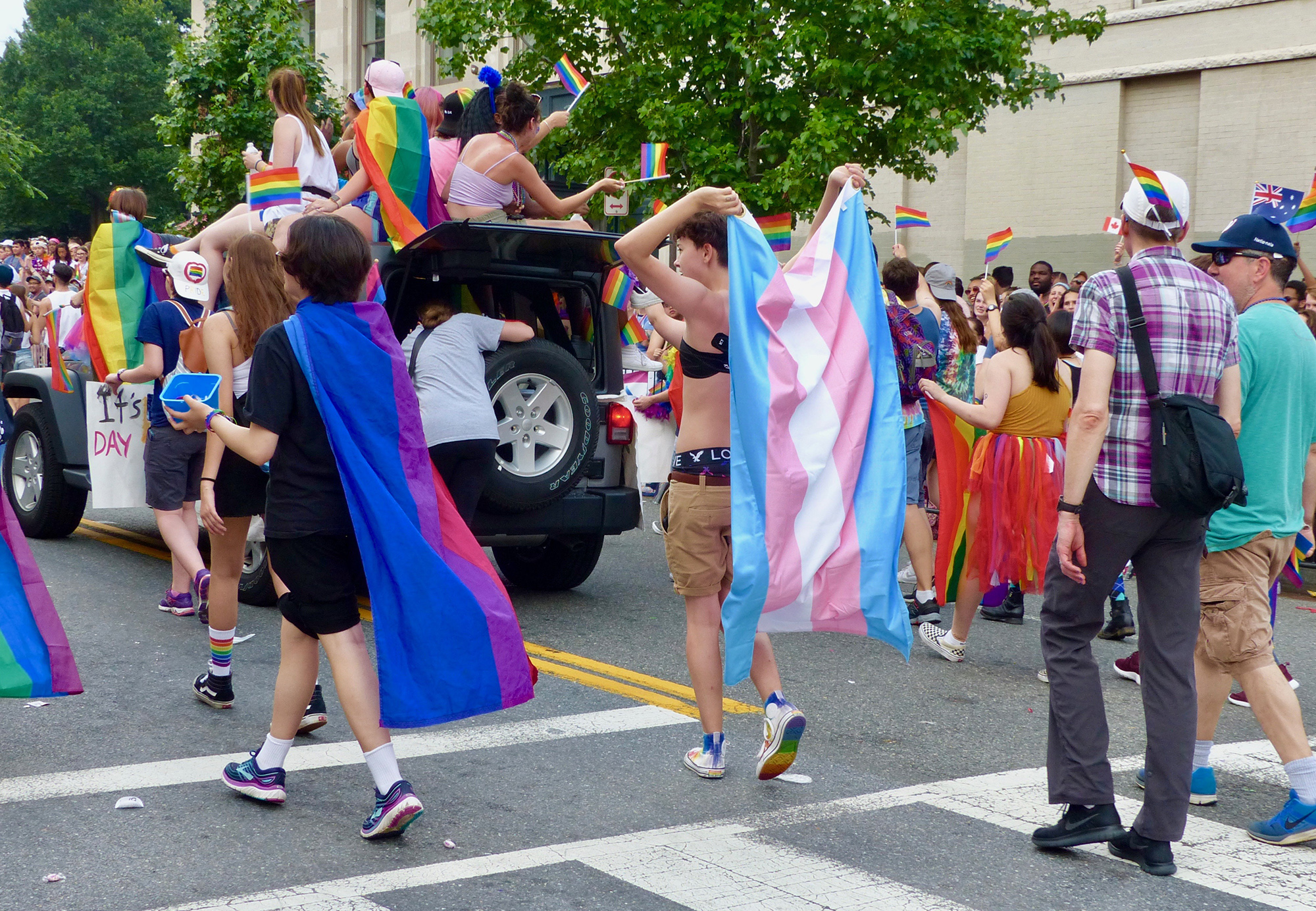 By Lexi Gopin
For The Diamondback

During his second year attending Pride in 2016, José Hannan got a call from his mother. She was at Dupont Circle, and she wanted to meet up with him.

Hannan, now a junior at the University of Maryland, was wearing “a V-neck blue shirt that was tied up at the waist, Britney Spears style,” along with blue-and-red striped suspenders, ripped jean shorts, rainbow sunglasses and earrings from Puerto Rico, he said.

When he left the house, Hannan said, his mother hadn’t seen what he was wearing. But when she saw him at the parade, she said he looked “gorgeous.”

“That’s when I really realized … this is how it should be,” the math and physics major said. “People just expressing themselves, and mothers accepting their kids … It just felt really gratifying.”

Last month, Capital Pride Alliance announced that its annual Pride parade and festival, normally held in June, would be postponed due to the coronavirus. Now, Hannan — and others at this university who identify with or are allies of the LGBTQ community — is making plans to ensure Pride doesn’t go unnoticed come June.

Hannan said he’s hoping to host a virtual Pride party with his friends over Zoom — a way to celebrate while stuck at home, he said.

Sarah Lader, a senior family science major, said she’s relying on the organizations that usually host Pride to plan alternative events for her to tune into.

“I’m sure, you know, I’ll do the usual Facebook post, whatever, but there’s only so much I can do from my own house without my friends and my family around me to celebrate with,” Lader said.

But for some members of the LGBTQ community — like Sanyukta Wagle, a senior physiology and neurobiology major at this university — alternative celebrations are not ideal.

Wagle said she is excited to see the ways people honor Pride this year, but she will likely be unable to celebrate fully at her home in Pennsylvania. While she is sure nobody is being intentionally homophobic, she said, she feels that the atmosphere of being at home sometimes forces her to turn pieces of herself off or tone them down.

“I have to be a little less vocal about things I care about, things I’m passionate about, like LGBT issues,” she said.

For Wagle, the postponement is disappointing, but as an immunocompromised individual, she recognizes the importance of minimizing social interaction.

Pride is celebrated every June in cities across the United States and all over the world. It’s a month filled with celebrations to commemorate the history and struggles of people from the LGBTQ community.

For Hannan and many others, the annual event is incredibly meaningful. Before he came out, Hannan said, his sexuality was a huge insecurity, but being around people at Pride helped him learn to express himself.

Lader voiced similar thoughts, saying that Pride is extremely important to her, but given the current situation with COVID-19, she feels it’s more important to protect the community as a whole.

“Pride is a huge part of my life, but so are the people in my life and I’d rather protect them than risk it,” Lader said.

During Pride month, it’s important that people are there for each other, even if they’re physically apart, she continued.

“Pride is more than a parade or a festival,” Lader said. “Pride is a chance to support one another.”