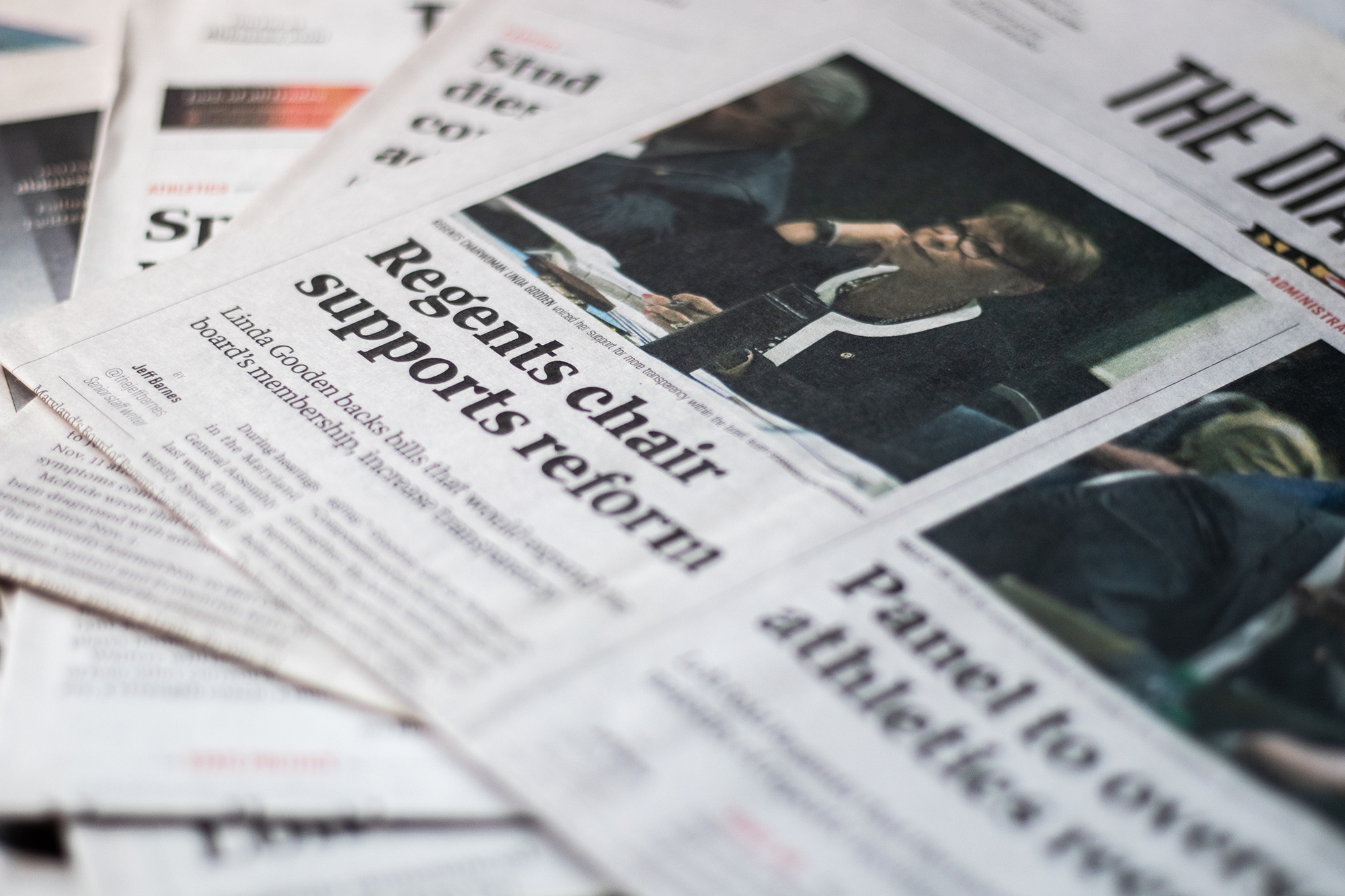 As schools and businesses across the United States shut down in response to the coronavirus last month, Liberty University came under media scrutiny for its decision to reopen after its spring break. Jerry Falwell Jr., president of the evangelical Christian university and a staunch supporter of President Donald Trump, retaliated by obtaining arrest warrants for trespassing against two journalists who reported on Liberty’s response to the coronavirus.

This isn’t the first time Falwell has vilified journalists for simply trying to do their jobs. A former editor of Liberty’s student newspaper described the Orwellian tactics employed by Falwell to silence dissenters on the campus. Student journalists were required to send every story to Falwell’s office for approval. Terminated professors were forced to sign nondisclosure agreements in order to receive severance packages. University staff and journalists were constantly gaslighted and, in some cases, fired for challenging authority.

Falwell’s history of censorship, both before and during the pandemic, demonstrates the need for strong student-run journalism in higher education. Student press is an important driver of freedom of expression on college campuses. The ability for students to voice their ideas and concerns, especially regarding university policies, is more than just a right enshrined in the Constitution; it’s also an integral part of holding the university accountable for its actions and cultivating an environment of tolerance on the campus.

We can see this argument come to life in the history of journalism at the University of Maryland. During the Vietnam War, The Diamondback covered the protests and rallies that broke out across our campus. University officials attempted to censor the newspaper as student journalists reported on controversial stories. Tensions continued to escalate until the newspaper was cut off from university funding, and The Diamondback has been an independent publication ever since.

As a distinct, student-run newspaper, it’s in a position to criticize the university without fear of censorship. This university has been consumed by controversy in the past, including the deaths of multiple students. But no matter how much administration tries to deflect responsibility, the students will be here to hold it accountable.

Another example of an independent student newspaper, The Red & Black, has been operationally and financially independent from the University of Georgia since 1980. The paper has a strong record of challenging the university. Its investigative special reports published on its website detail a variety of missteps made by the university’s administration.

The Red & Black has also thoroughly covered cases of sexual misconduct on its campus by chronicling the university’s history of anti-harassment policy violations and describing the lack of sexual assault resources for victims. The paper has further criticized the unimpressive growth of racial diversity in applicants to the university over the past 10 years. Finally — and most notably — The Red & Black published detailed coverage of a scandal in which an employee of the university’s Greek Life Office stole $1.3 million over the span of a decade. The paper investigated the years of mismanagement that took place in the office and exposed the individual administrators whose lack of oversight allowed the incident to take place.

In addition to holding authority figures accountable, having an independent student newspaper promotes an environment where people feel safe sharing their ideas with one another. This freedom of expression is so important in a university setting because it lies at the core of higher education. College is, after all, where we come to think critically about new perspectives and meet people with worldviews different from our own. Students may be more willing to express themselves if their campus news source is controlled by their peers and not micromanaged by university higher-ups.

My comparison between Liberty University and other universities is not meant to label one as having “better” journalism than the other. This is an argument involving censorship.

Just as the Vietnam War did not justify the suppression of news coverage at this university, Falwell’s so-called “right to censor” isn’t a reason to vilify journalists at Liberty. The best way to truly preserve the student body’s freedom of expression is through an independent, student-run campus press.