The SGA elections are in desperate need of actual conflict 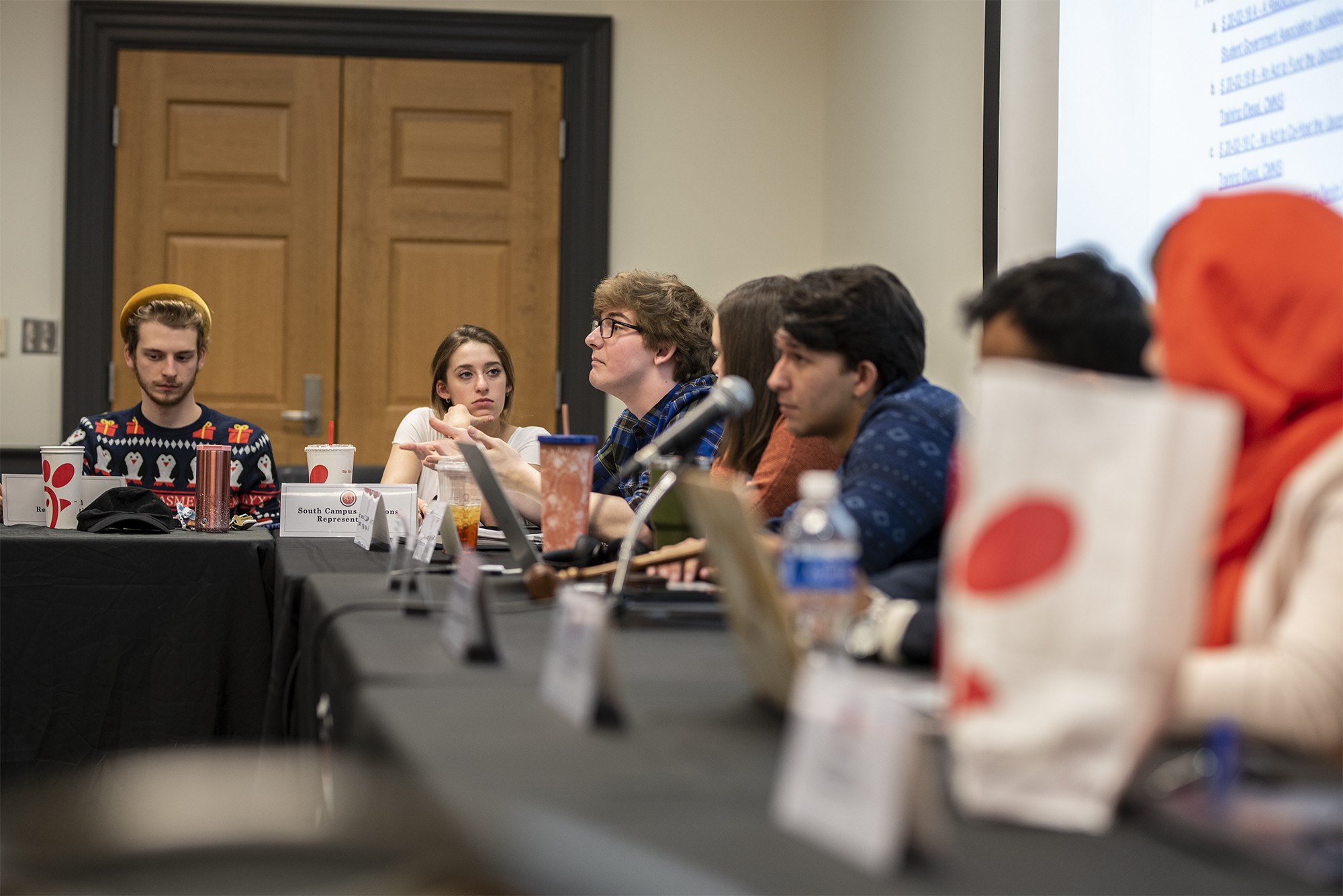 For most of my four years here, student government elections have not been very competitive. There has usually been a big party made up of the people already involved in SGA, who have clipboards and t-shirts and canvas outside of the dining halls. Sometimes there’s a smaller party, which has either an ideological or a personal grievance with the mainstream of SGA. And then there was that year when a Koch brothers-affiliated party ran and was quickly disqualified for violating campaign rules. Each year, the election comes around, very few people vote and the mainstream SGA party wins.

But this year’s elections seem a little different. This time, there are two big parties, “Forward Maryland” and “ImpactUMD,” which appear to have split the existing SGA quite evenly. Both presidential candidates are experienced SGA members, and the students on their respective tickets seem deeply involved in campus governance. We should wholeheartedly welcome this development. It’s been a really long time since students had a meaningful choice in their choice of student leadership. Authentic party competition is a requirement for any healthy democratic system, and I hope it remains a feature of campus politics in the years to come.

The other day, after briefly celebrating the arrival of two real, competitive parties, I settled into the difficult work of telling these two parties apart from one another. It turns out that this is really hard to do. The party names do not help much here: I both want students to make an “impact” and I want student government to move “forward.” But which one to pick?

I looked through the parties’ websites, both of which feature many policy priorities that I support. Forward Maryland wants “Fully-funded mental health first aid trainings for RAs and Student Leaders.” But ImpactUMD is calling for “university-provided transportation to appointments with mental health professionals.” Forward Maryland says it will “Advocate and work toward more classes with open resource textbooks.” And yet, ImpactUMD “will encourage the implementation of the recently passed state legislation supporting the University of Maryland to utilize open educational resources.” Again, I find little on these platforms that I disagree with — but it’s hard for your standard voter to understand why these two parties exist if their platforms overlap so extensively.

Then there’s this issue of impeachment. The SGA’s speaker of the legislature, David Rekhtman, is under impeachment investigation for allegedly manipulating meeting attendance records and disrespecting SGA members. The vote to open the investigation was very close, and some members seemed to think the accusations against Rekhtman are largely baseless. Rekhtman is running to be SGA vice president on the ImpactUMD ticket, and one representative accused him of manipulating records to prevent a member of Forward from running. What the hell is going on here?

Now, I’ve been writing about campus politics for a long time, so I know a lot of people in the SGA. I spent several hours DMing friends supporting both parties, and I now sort of have a vague sense of the differences between the two parties. But only sort of. And that kind of “research” largely isn’t available to someone who hasn’t been trying to follow and write about this stuff for four years.

The whole situation reminds me of a landmark 1950 report from the American Political Science Association. Back in the immediate post-war years, the Democratic and Republican parties were both big-tent, fairly moderate political parties. But for the average voter, they were really difficult to tell apart ideologically. As political scientist Lee Drutman puts it, they were “loose confederations of state and local parties, incapable of bringing forward coherent programs to the voters and carrying them out when they got into power.” And so, APSA urged the two parties to polarize themselves, to set out distinct and opposed positions on issues of national import.

My hope for the SGA is somewhat similar. I would like SGA elections to feature two or more competitive parties, and I think these parties should polarize themselves. That is, the parties should explain very explicitly why they are good and why the other guys are bad. They should make it so that it doesn’t take much work for students to know what’s at stake, and where the parties stand.

Some readers may argue that the American parties did indeed polarize, and that’s why we have our present political dysfunction. But that’s largely because the federal government has institutions incapable of accommodating polarization. Polarization isn’t necessarily bad, and I think it would actually be quite healthy on the SGA level.

SGA parties should ditch the vague names, and pick ones that actually convey something. They should take clear and opposing stands on highly controversial issues (BDS, for example). And they should be more publicly mean about the other parties. Intense but structured ideological conflict would breathe some life into an institution that has been insular and dormant for far too long.

CORRECTION: Due to a columnist error, a previous version of this column misspelled David Rekhtman’s surname. This column has been updated.