Review: ‘The Bachelor Presents: Listen to Your Heart’ is the stable chaos we need 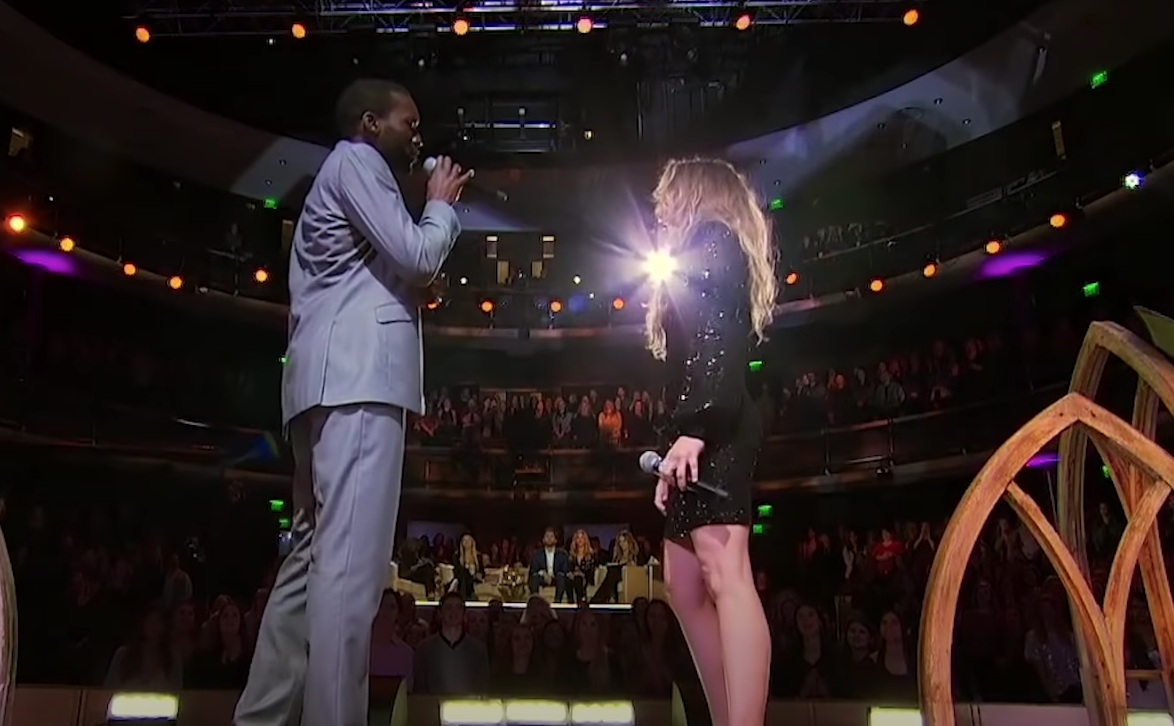 Contestants find love, while singing, on 'The Bachelor presents: Listen to your Heart.' (Photo via YouTube)

It’s 2008, and you’re dialing in to vote for your favorite contestant on American Idol. Life is good. Flash forward to the summer of 2019. The sun is shining and Bachelor in Paradise is action-packed and drama-filled. Life is still good.

Life may not be so good anymore — but at least The Bachelor Presents: Listen to Your Heart is an incredible combination of those two shows. The show, which premiered Monday, might just be the pop culture moment we all need.

Loosely based on the 2018 film A Star is Born, according to host Chris Harrison, the cast connects on both an emotional and musical level by going on dates surrounding their shared interest. However, those “shared interests” might be more different than similar.

Right off the bat, the series makes a point to show that they have all types of musicians in many different genres. This struck me, because all the promos led me to believe every contestant would be a Nashville-wannabe country star. Between pop, musical theatre, R&B, Americana — and, of course, country — there was a ton of talent to choose from.

The show runs much more like Bachelor in Paradise, as opposed to regular old Bachelor. All the contestants mingled at the cocktail parties and this week, the women had the power to give out roses. By the end of the episode, four men went home.

While the contestants weren’t the typical only-here-to-be-Instagram-influencers type, there was no lack of drama in this premiere. The first woman in the house was Jamie, a 21-year-old hostess and aspiring pop-country star. She was definitely the most familiar with how the show would work. This episode mostly focused on her because, unlike almost every other contestant (shoutout to Rudi), she cried quite a bit before the first rose ceremony.

As Jamie was torn between two men seven and eight years her senior, Rudi ripped Matt a new one when he took Mel on the date. Watching Rudi take a stand against Matt’s supposed betrayal was a highlight, but the best part was when Matt walked back over to the boys who all sympathetically dapped him up after the whole ordeal. Reality television gold.

It wasn’t all drama, though. Many of the moments had a serious and sentimental tone as a sweet ballad played in the background, sung by none other than the contestants themselves. Waking up in the morning to the sound of the potential love of your life playing the piano is probably a pretty good feeling.

This absolutely bizarre show has the potential to be something we can all rally around. Like cheering for our health care workers and posting on Instagram about staying home, this already-wild concept could be our next big (digital) watercooler talk subject. While #BachelorNation sweeps the country, I think Listen to Your Heart could accrue even more devoted fans.

Because not all of the contestants are early-20-somethings trying to become famous based on how cute they look in Revolve-brand clothing, I think this show has the potential to reach an older audience that is legitimately so bored that this show begins to look appetizing.

The best part is, not only do we get to judge the relationships they form, but also how talented they are. We, the single and untalented, get to talk about whether Bekah is mainstream enough to have a successful career as we argue over who Julia should give her rose to: Josh or Sheridan. It’s the double-whammy that I think America is ready for. Watching this particular show could be like a live rite of passage, something we can all bond over.

Most importantly, if nothing better is on, what else are you going to do?