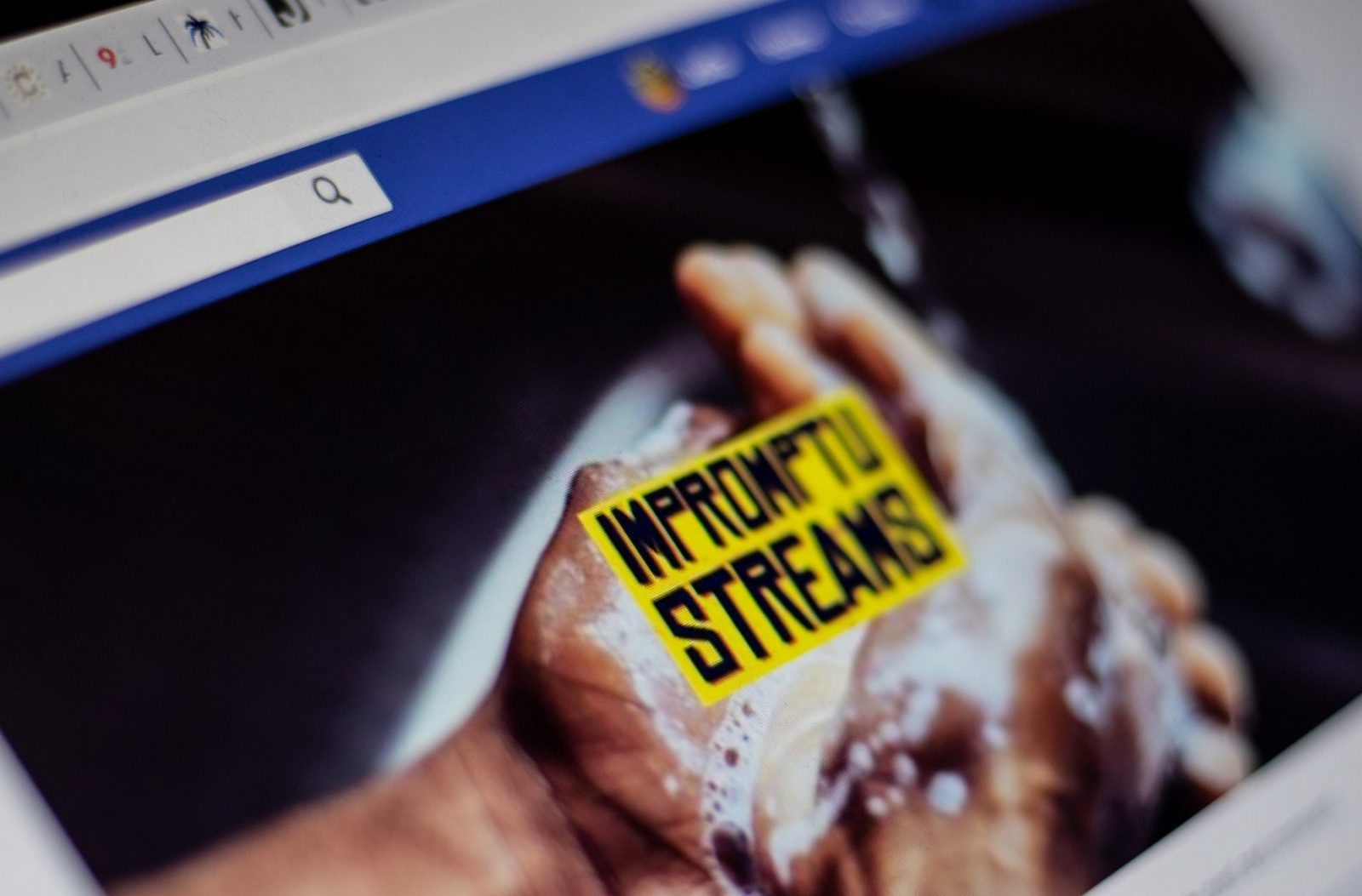 Delaney Connor runs into her friend’s backyard, her hair dripping down her back. She sets up the scenery with her friend: a chair, a towel, scissors. They put a computer in front of them, and start the live stream.

As they waited for viewers to join, they pour themselves some white wine – and invite the watchers to drink something, too. They introduce their special guest, Maggie, a brown and white pitbull mix. Around two minutes into the live stream, they begin their haircut tutorial.

Connor, a senior at Tulane University, was hosting class on Impromptu Streams, a Facebook group created by University of Maryland alumnus Lance Goldman and his friend, Elyssa Comiter. The group has garnered more than 1,000 members, who say it’s provided a source of entertainment and joy during the coronavirus pandemic.

In the middle of March, Goldman was catching up on FaceTime with Comiter, a graduate student at Tulane University. Quarantine can hit mental health hard. Comiter was dealing with it; she tried to stay busy, giving herself projects to work on. She didn’t want to be stuck in her room alone with her thoughts, she said.

But then, she came up with an idea. She had many friends with different interests and talents. One of them taught yoga every week. Another was really into coding.

“We could all kind of make our schedules for each other and kind of teach each other lessons each day,” she told Goldman.

Goldman loved her idea. The next day, he wanted to take it a step further — to expand it to an online platform, where anyone could tune in to the lesson.

The spontaneity that comes with live streaming is an asset, Goldman said.

“You can’t really plan out exactly what you’re going to say,” he said. “On Instagram, people can post the perfect picture and in the perfect location, but this is just kind of like you’re doing what you do best.”

Before hosting a class, members need to fill out a hosting form. They choose the category of the stream they would want to host — such as cooking, academics or music — and three different times they would be available.

Every two or three days, Goldman and Comiter post the lineup for the classes. Cooking tutorials and yoga sessions are some of the most common activities offered.

And some even started signing up to host streams that didn’t teach a new skill, but aimed to connect people, like trivia, self-hypnosis and even concerts.

Connor often tunes in to see musical performances by her friends, who sing their original songs and covers with their guitars. She was used to seeing them live throughout her college years.

“That’s been a really fun part of my college career, to have friends who are musicians,” Connor said. “To be able to see them continue to perform over Facebook definitely helps me to still feel more normal.”

Meanwhile, Connor Moldo, an alumnus of this university, has embraced a new relaxing pastime — yoga — after Goldman started promoting the classes to his friends.

On the weekends, Moldo goes outside, carrying a mat and a computer with him to the backyard. He puts on his headphones and follows the instructor, who teaches the virtual lesson from miles away.

“It just makes me feel better,” he said. “That you actually accomplished something during the middle of this quarantine, where accomplishing is very difficult.”

Sam Levin, who is also an alumnus of this university, has watched a few streams too. He’s learned to make himself frozen margaritas and stir-fries, and he’s also practiced some yoga classes.

For him, Impromptu Streams has helped him adjust to social distancing and keep his mind active. It keeps him from just watching movies and TV series, or just staying in bed.

“It’s just allowed me to venture into things that I never really thought I would,” he said.

But what amazes him is that no one is asking to be paid. Some instructors have left their Venmo accounts as an option, but it isn’t the first thing in their mind, Levin said.

“[Impromptu Streams] is more just there for people who are bored, people who need an outlet … People who want to stay connected,” he said. “It’s all-natural and genuine.”

CORRECTION: Due to a reporting error, a previous version of this story misspelled Sam Levin’s surname. This story has been updated.