Daisy Grant to become The Diamondback’s next editor in chief 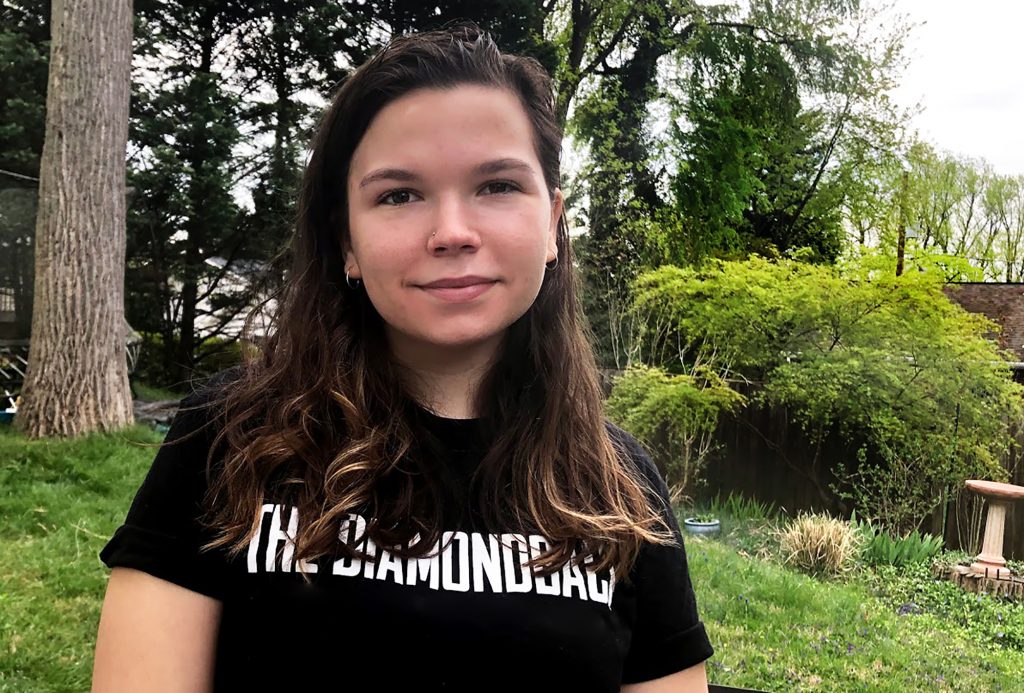 Daisy Grant, a junior psychology major, has been named The Diamondback’s editor in chief for the 2020-21 academic year. (Heidi Mordhorst/For The Diamondback)

Daisy Grant, The Diamondback’s current diversions editor and digital strategy director, will be its next editor in chief, the paper’s parent company announced Tuesday evening.

Grant, a junior psychology major, didn’t plan on becoming editor in chief when she joined the paper more than two years ago. In fact, she didn’t come around to the idea until recently, when The Diamondback was transitioning to a fully digital publication.

“The last print edition and all the work we did for that was honestly pretty sentimental,” Grant said. “It made me realize how much I love The Diamondback and how much I want to contribute to it and be part of its legacy. That sort of spurred me to apply in the end.”

Brennan said she thought Grant’s experience working with so many different departments throughout her time with The Diamondback would be an asset.

Grant joined the staff in February 2018 as a copy editor. She rose to the position of copy chief just months later, then to assistant managing editor by that December. Grant also took the helm of digital strategy in May 2019, before becoming co-editor of the paper’s diversions desk in December.

“She has a great inner compass for the way that news should be, what makes sense and what doesn’t, and that’s something that can be difficult for people to acquire,” said Brennan, a government and politics and journalism major.

Brennan also stressed that the future of The Diamondback is “all-digital.” Grant’s background as director of digital strategy made her the most qualified applicant for the job, Brennan said.

“She’s taking our analytics and implementing them into real-time information and making sure that we’re applying that appropriately,” she said.

Tom Madigan, board president of MMI — The Diamondback’s parent company — echoed Brennan. He said Grant’s experience with digital strategy and engagement made her an impressive candidate, especially in the wake of the paper’s recent transition.

“Now that this is the world that we live in full-time, we want to make sure that we’re reaching every corner of the campus community — as many people as we can,” Madigan said. “We think that Daisy gives us a great opportunity to do that.”

Now, after 110 years of print, Grant will be tasked with running The Diamondback in its first year as an online-only publication.

“I think the challenge implicit in that is going to be maintaining our presence as an institution on campus now that we don’t have a physical product,” Grant said. “I don’t want to let them forget about us.”

MMI also announced that Yakira Cohen, a junior journalism and psychology major, will become the next editor in chief of Mitzpeh. It will announce next year’s editor for the Terrapin Yearbook at a later date, Brennan said.

The board also elected Dana Hedgpeth and Teddy Amenabar to become at-large members. Both are alumni of The Diamondback and now work for The Washington Post. Liam Smith, a junior psychology major, was elected to be this year’s at-large student member.