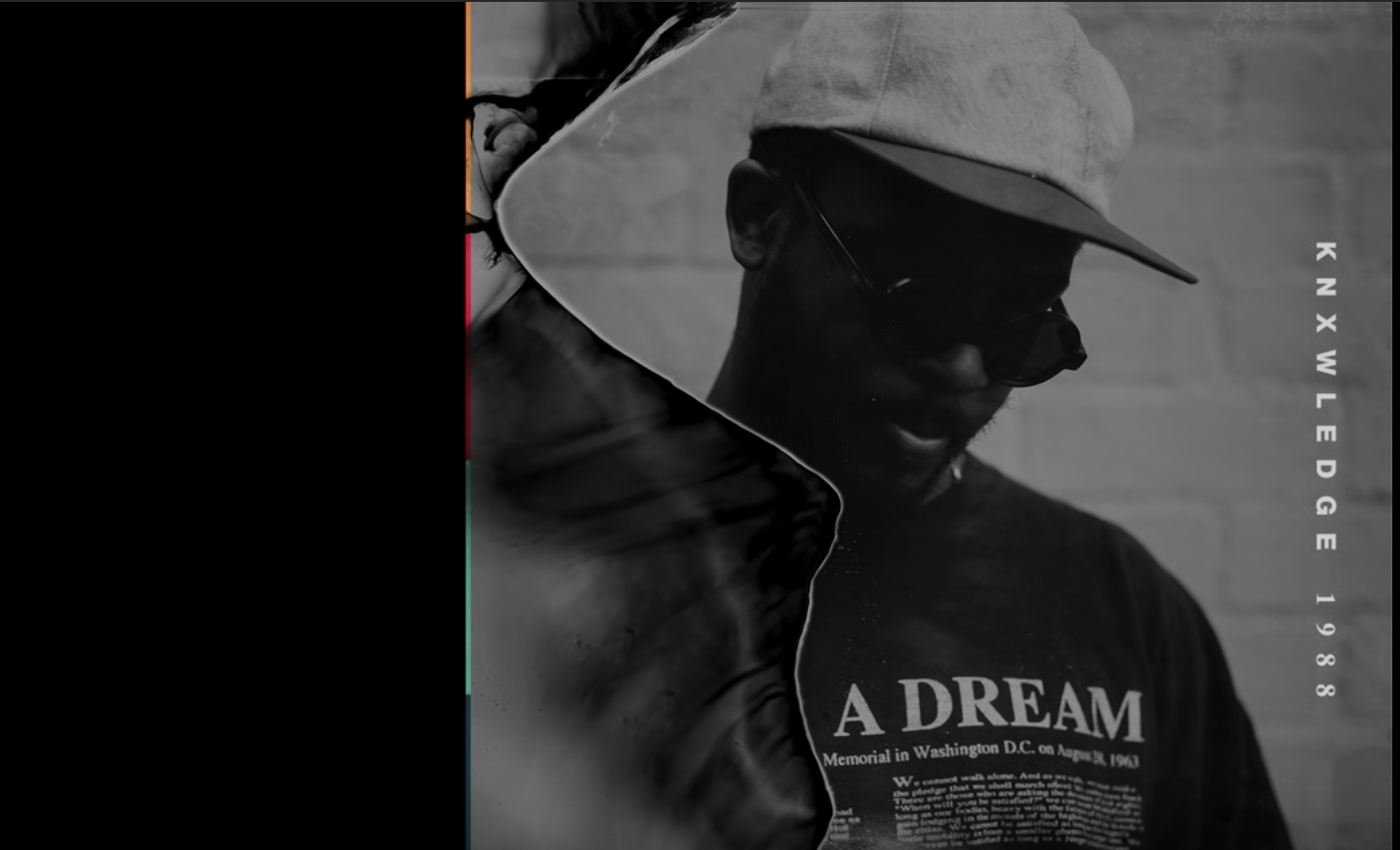 Knxwledge's newest album '1988' is food for the soul. (Photo via YouTube)

We all know patience is a virtue. With all this time to think, create and improve in quarantine, you start to wonder: “When was the last time rushing something resulted in my best work?”

What you gain from patience and consistent effort is knowledge — a core value for Grammy-winning and aptly named producer Knxwledge. His discography could make a weak-hearted producer cry. With 114 releases on Bandcamp since 2009 and only two official studio albums with Stones Throw Records (2015’s Hud Dreems and 2020’s 1988), Knxwledge proves a mixtape is the greatest experimental canvas, polishing ideas that eventually culminate in an album.

1988 sees the producer shifting from the abstract and off-kilter sound of Hud Dreems to a more polished, but still quirky groove. Not every element is quantized, so it still feels raw and organic.

Right as you press play on the album, “dont be afraid” floods your eardrums with smooth, low vocals, a forceful kick and spaceship synths. As one of the trappiest offerings on the album, the song illustrates Knxwledge’s versatility. While he is one of a few elite sampling senseis who can effectively turn the old new again, he seems to acknowledge that creations of the future require fresh sounds.

Even without many live vocal performances on the project, performances from soul star Anderson .Paak and singers Durand Bernarr and Rose Gold are powerful and deeply narrative. Knxwledge doesn’t need more than a few features to tell a story; he’ll stick to his iconic sampling.

“uonlygetone” educates listeners about living life to the fullest because while rappers are “deteriorating careers,” not all danger is figurative in this cruel world. We hear that same voice on “be safe,” here in a more benevolent light, hoping to let knowledge be heard “soon as Smitty say the word.”

Track titles add moral advice to songs that have few words, some working best with that of a neighboring song such as “don_tgottabe” + “gangstaallthetime,” or “learn” + “howtokope” + “with[reality].”

“Makeuseofthetime,” however, stands best alone. The opening skit to the song urges a smoker to “lay off them Backwoods, baby” and to take advantage of the time you have. The closing skit echoes that sentiment by emphasizing the importance of learning to promote growth: “What your brain needs, you can have it. Whatever it is, man, knowledge will get it for ya. Don’t you want something?”

Anderson .Paak’s feature on the album immediately sparks fantasies of another NxWorries project, confirmed by Knxwledge in an interview with Hypebeast. “itkanbe[sonice]” showcases the pair’s undeniable chemistry as .Paak spills his soul over Knxwledge’s rich, emotional soundscape. The dusty guitar sample is reminiscent of “Reali[the]nd,” a track on the duo’s Yes Lawd! Remixes album.

Certain tracks feature double-entendre skits that discuss knowledge as a concept, as well as Knxwledge himself. “howtokope” begins with a skit where someone says “Fuck all that knowledge, I don’t wanna hear that,” followed by, “I’ll listen to Knxwledge, but I prefer trap music.”

The ensuing production is filled with strings, a melancholy vocal sample and drums that trudge along. It sounds like Knxwledge, while feeling down at times, pushes through sorrow and frustration by making more music.

His relentless work ethic — a trait he developed growing up watching his parents work in a church five days a week — is unparalleled. “Once you stop working, other shit stops working,” he noted in his interview with Hypebeast.

No Knxwledge tape is complete without a Meek freestyle flip. “watchwhoyoukallyourhomie” is a laid-back, spacy groove to drive to late at night, but as the song preaches, don’t get too comfortable.

“minding_my business” concludes the album on a just-got-out-of-work-on-a-Friday note and gives the project a sense of closure. Durand Bernarr, who wields one of the silkiest voices since Usher, is focused on work without stressing the process. “I just wanna mind my business in terms of this business,” Bernarr pleads.

Anything can happen in five years. From Hud Dreems to 1988, there’s plenty of audible change in Knxwledge’s style and sound, but the level of craftsmanship remains unwavering from one of the most gifted producers in the game.