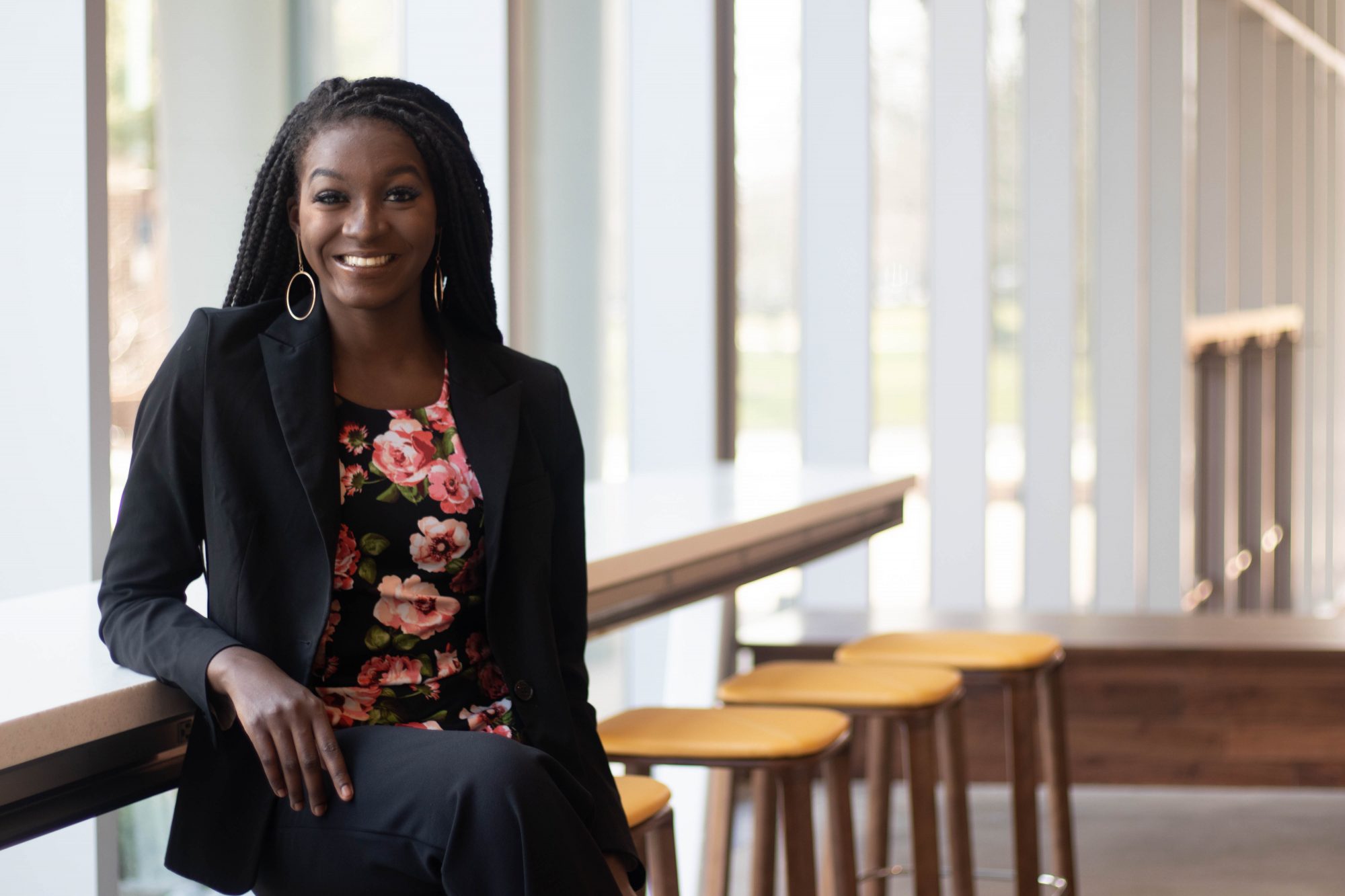 As the coronavirus pandemic worsened and forced a move to online learning for university students, Alysa Conway felt overwhelmed with disbelief.

Conway, a junior government and politics and public policy major, was sitting in her South Campus Commons apartment when she received the March 20 email ordering students to evacuate the campus.

Stunned, she went to a large GroupMe for black students to see how others were responding, and saw many others shared the same concerns she did about how the pandemic affected their learning experience, she said.

The next day, Conway started a separate GroupMe chat focused on student advocacy during the pandemic. She moved the group, now known as the COVID-19 Student Task Force, onto Slack and said its membership “grew exponentially.”

Now, the independent student-led task force has over 270 members. The group advocates for protections for marginalized students, emergency housing, academic accommodations for all students and a postponed in-person commencement for the graduating class of spring 2020.

Students in the chat initially proposed to draft a memo to administration with their concerns regarding the emergency evacuation — which many viewed as eviction — but they quickly realized there was much more to be done, she said.

“We just realized that there were just so many more issues that were on the table that reflected a student’s academic success, access to resources and … [the push] to postpone commencement rather than cancel commencement,” Conway said.

She said she emailed Brian Le, the co-president of Emory First-Generation Low Income Partnership, to learn more about the program at his school, and realized this university needed to have a similar program for first-generation, low-income students.

The task force aims to bring a FLIP chapter to campus to ensure low-income students have resources and advocacy for them that lasts after the semester concludes, Conway said.

The group is working to secure economic and housing support for first-generation, low-income students during the pandemic. It is urging the Department of Resident Life to allow residents to stay in their apartments. In addition, it is working to ensure student fees are reimbursed for dining services and that students in the federal work study are able to keep their aid, Conway said.

“They’ve voiced circumstances where their parents have lost their jobs, where they have to provide care for their families, their parents are sick, they’re being evicted, they’re being forced to move back into an abusive household,” said Tasnim Benalla, a senior finance major and committee lead for the academic committee.

Gabriela Grant, a senior dance major, is the lead for the commencement committee and the creator of an online petition aimed to postpone spring commencement.

She said she was motivated to join the group after feeling like college students were neglected during the pandemic, citing the coronavirus stimulus package, which gives qualifying Americans $1,200 checks. Many students wouldn’t qualify for it if their parents have claimed them as a dependent.

“I still feel like we do matter and like this isn’t just all over and that we shouldn’t just kind of get over it,” Grant said. ”There needs to be a fight for the things that we still want, so that’s also motivated a lot of my involvement into the task force.”

As of April 1, Grant’s petition has over 6,000 signatures, which Conway cited as one of the group’s successes, along with its advocacy for a double-A grading model, which would give all students either an A or A- in each class. There is another petition calling for the grading model, with over 5,000 signatures.

The group encouraged the Student Government Association to support the policy and last week its legislature passed a bill urging administration to adopt the policy.

The group measures its success by the number of stories it receives from students affected by the pandemic and the desire she’s seen from members to help, Conway said, even if they aren’t personally affected by a certain issue.

“It’s amazing to see how passionate people are and how much they’re willing to do,” Grant said.