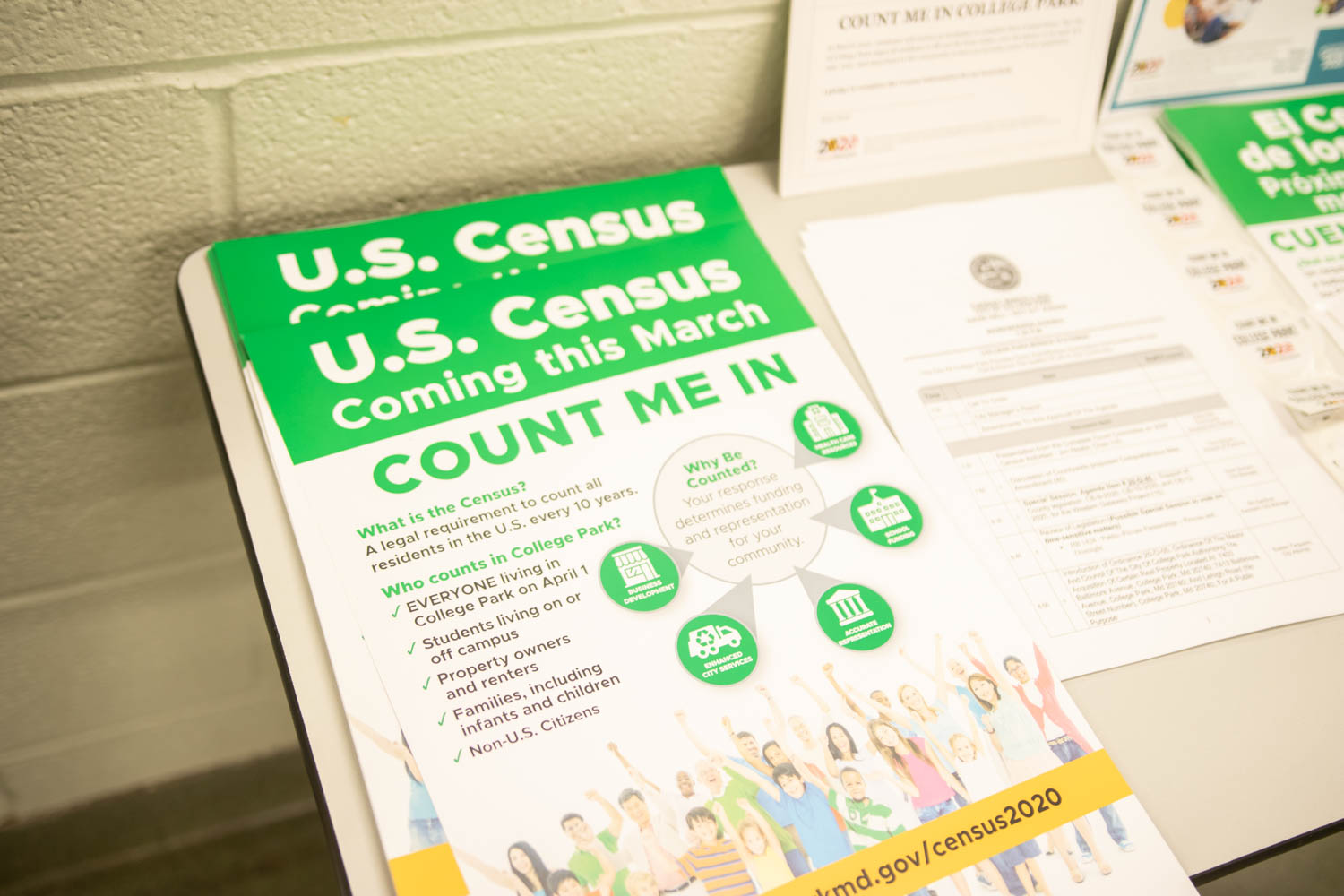 With students barred from returning to campus, the University of Maryland’s community engagement office announced Friday it will host a virtual drumming event to encourage student census participation.

Hosted on Instagram Live, the hour-long Drumming for Census event will begin at 5 p.m. on April 1 — Census Day — and will feature a drum performance by Katy Gaughan, a professional percussionist for the event.

Attendees will be asked to drum along with the instructors during the event using whatever materials they have at home, such as pots, pans or their voices, Gaughan said.

“It’s a big experiment and you know, it’s all about the technology. So there’s some things to consider,” Gaughan said. “Participants won’t have drums necessarily. So it’s creative in how we get people to interact.”

In a March 15 news release, the U.S. Census Bureau stated it is contacting colleges and universities to remind students to complete the census where they reside most of the time — typically, a college town. Students use their town’s local resources while they are attending university and completing the census using their school address ensures the college town’s federal funding reflects that.

Due to the coronavirus pandemic, the U.S. Census Bureau extended the self-response date for this year’s census to Aug. 14. The Group Quarters Operations, which counts people living in group settings including universities’ on-campus residents, is delayed for two weeks and will now occur from April 16 to June 19. In addition, colleges and universities can submit incomplete questionnaires if using the e-response option.

“I encouraged all the provosts to make sure somehow that the message, whether it was through websites, through social media from their campuses, got out to all students, as much as they’re doing with every other priority,” said Nancy Shapiro, an associate vice chancellor for outreach and education for the University System of Maryland.

Previously, the city planned to host a “Census-Palooza,” which was canceled due to the coronavirus pandemic, she said.

“We’re trying to get some campaign around so that we can do some rally and utilize that day to pick people’s minds a little bit, too, and create a sense of momentum if we can,” Blackwell said.

While Blackwell said it was important that university and city officials dealt with the coronavirus pandemic that suddenly hit the university community, having students leave the university campus presented a large challenge, Blackwell said, as their response in the 2020 census ensures adequate funds are allocated for the city for federal Pell Grants, student wellness programs and other local resources.

“Every count means money that we can use for services, for our student population as well as our residents,” District 4 Councilwoman Denise Mitchell said. “So the less numbers that we are able to count, especially with our student population, that does damper what we can do as far as extracurricular activities for them, as well as just overall how it would help us as a city to be effective in our day-to-day operations.”

Congressional boundaries are redrawn based on the census response every 10 years, according to the city website. Inaccurate census data can skew the number of federal funds that the city of College Park receives for community services and the distribution of congressional seats, Blackwell said.

Over a 10-year period, the city loses $18,250 in federal funding for each person who is not counted in the census, Blackwell said.

“Students may be paying more attention or heightened attention to their email [or] to Canvas and to what their professors are saying,” said Rya Griffis, a community outreach coordinator for the city. “So I think that provides a great opportunity for us to push messaging in regards to the census and regards to this event.”