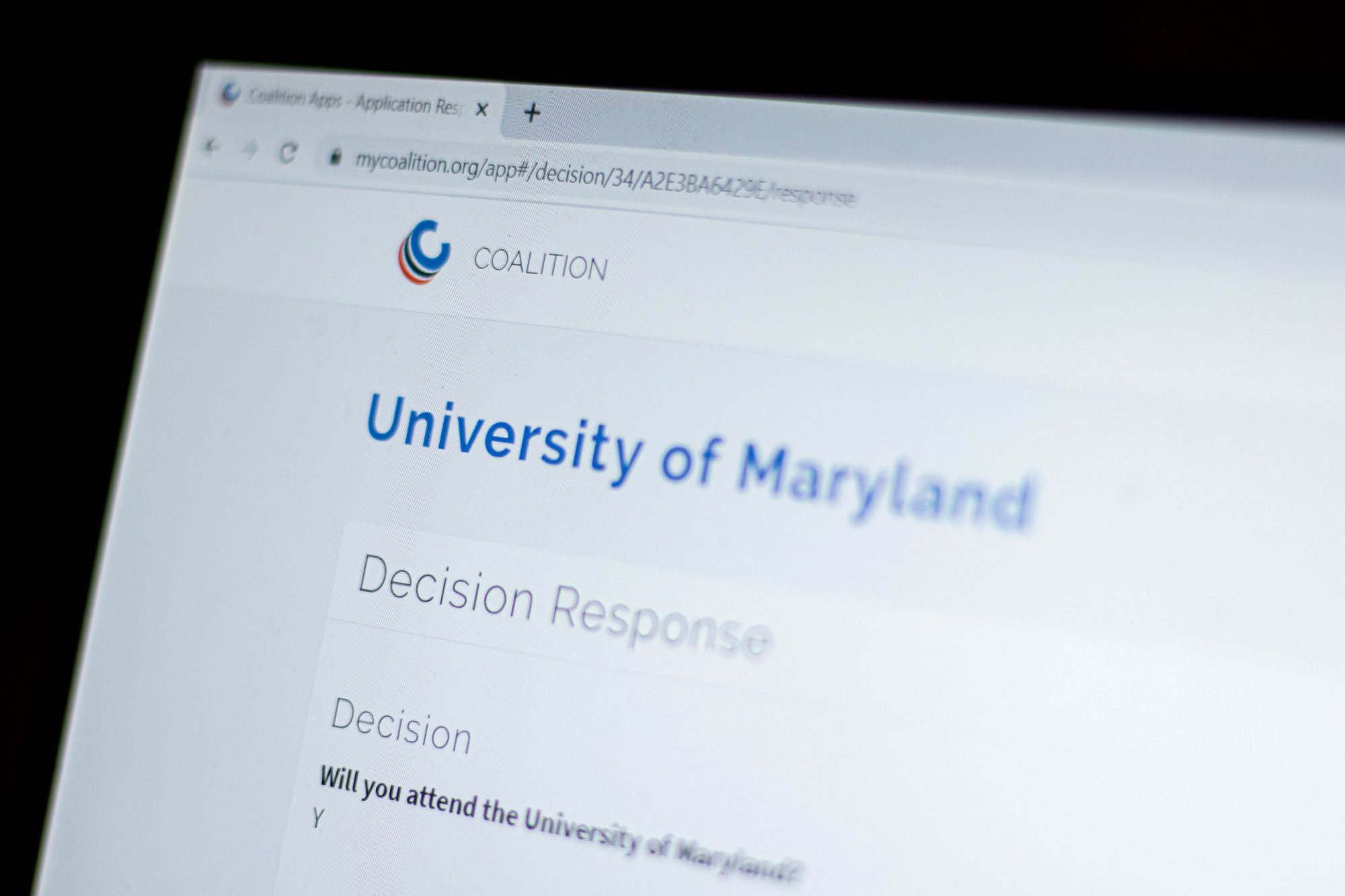 Due to the coronavirus pandemic, high school students that were accepted to the University of Maryland are now forced to make their college decision without the possibility of in-person campus tours. (Julia Nikhinson/The Diamondback)

By Jakob Bowen
For The Diamondback

For high school seniors such as Colin Smith, the coming months were supposed to be some of the easiest in their school careers. Having completed college applications, all that’s left was supposed to be tours and deciding between the schools that accepted them.

But with many college campuses — including the University of Maryland — closing facilities to students and the public, this process has now become more difficult.

Smith, of New Jersey, said he planned to visit the campus on April 3 for an admitted student open house, but those events scheduled for April 3 and 10 and daily visits at this university are canceled through April 10.

More than 100 universities have pushed the May 1 decision deadline to June 1 or later to allow families to assess the choice longer amid the global coronavirus outbreak, according to the Washington Post. But this university is not planning to change its deadline, wrote Shannon Gundy, director of undergraduate admissions office, in a statement emailed by a university spokesperson.

“I personally think it would be best to move [the date] back just to give a little more time to hopefully allow more students to possibly get on campus,” Smith said.

But Smith said he understood this university may not push back its decision deadline due to its high volume of prospective students.

Gundy also wrote in the statement that the university is now planning ways to “adjust in-person visits to a virtual environment.”

Though Smith said he was on the campus once for a tour when he was a sophomore, the 17-year-old now has to decide between this university and two other schools — and now that the decision of where he’ll spend his next four years is closer, he said not being able to take a tour of the campus to help make a choice is having a major impact on his decision-making process.

“You can look at pictures or read about the school,” said Smith, who plans to study political science. “But it doesn’t really substitute for physically being on campus, so now it’s just a blind decision … but you don’t really get to be there and [get a] feel for the campus.”

Maryland Images hosts campus tours at this university, and has become an integral part of the university’s admissions process, showing prospective students around different points of interest such as dorms and McKeldin Mall.

Connor DiNallo, a sophomore civil and environmental engineering major, said being able to take a tour of the university’s campus significantly affected his decision to attend this university.

DiNallo, a Connecticut resident, also said if he had been unable to take a tour of the campus, it would have been a more difficult process.

“I really don’t know how you would combat that,” he said. “Maybe you could try to take a virtual tour online, but even that’s only going to do so much. I feel like there’s nothing really that can replace that feeling of being on campus and understanding what you would actually be in for in college.”

DiNallo said some tours, like those catered toward specific programs like the Honors College, provided a different perspective. He met with Honors College advisers and learned more about the program while also meeting other admitted students.

“As a student that was going to be in the Honors College, it was a good perspective to have, and I think that it helped make my decision a little easier,” DiNallo said.

Smith said he plans to take virtual tours, consult with friends who attend the colleges he was accepted to as well as take location into account — citing proximity to Washington, D.C, as a plus for this university — to make his final decision during these uncertain times.

“I need to look at the strength of the program and the types of internships that they have and their proximity to certain cities,” Smith said. “As well as things like their music program, because I’d like to be able to sing in the choir groups, so it’s kind of coming down to that.”

While he understands this university had to take the actions it did, it doesn’t change that he’s left with a more difficult decision to make.

“It is definitely frustrating,” he said, “because it makes a decision that is already incredibly hard, even harder.”