The Hotel lays off 150 workers amid coronavirus shutdown 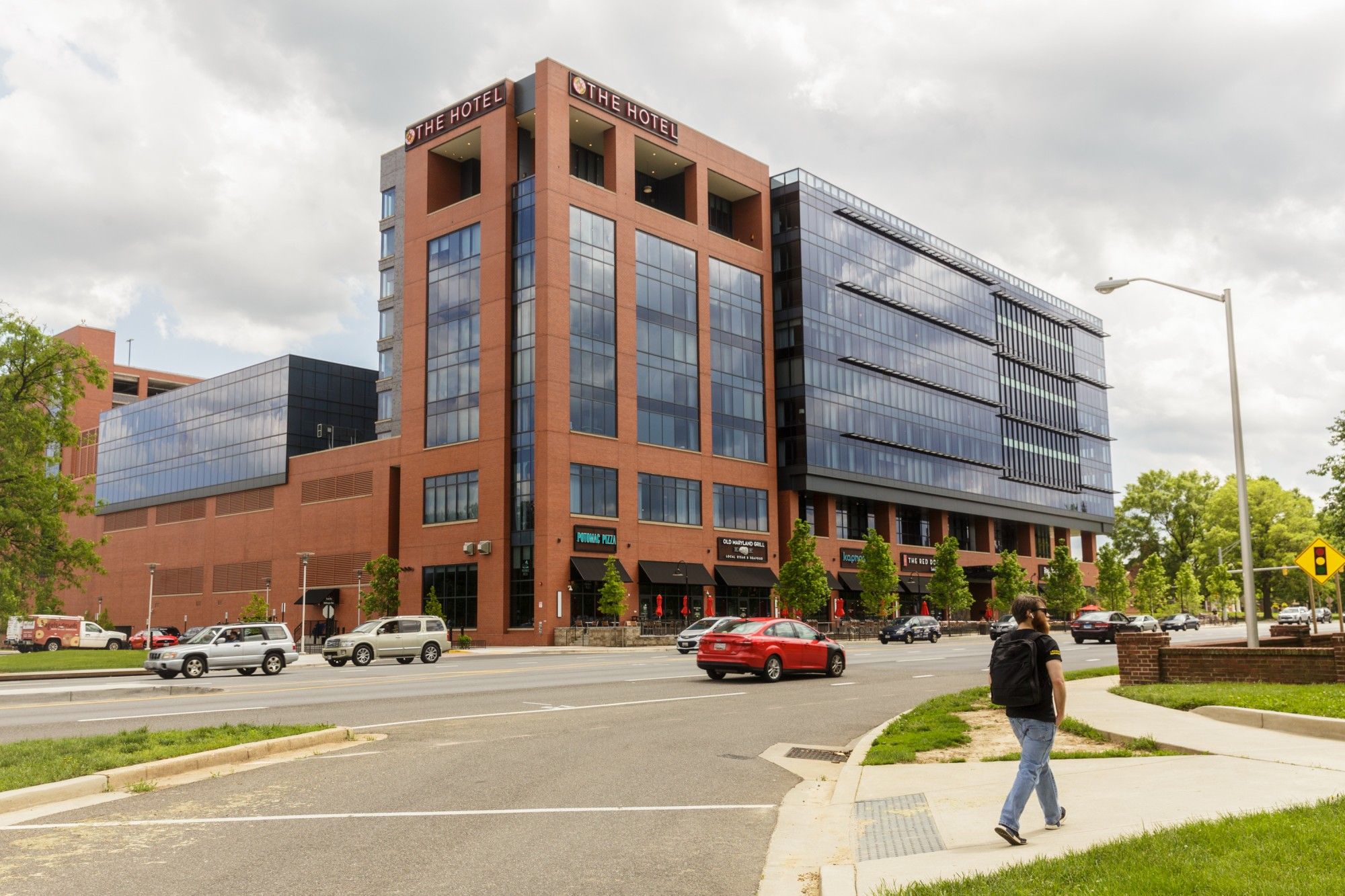 The Hotel at the University of Maryland opened in September 2017. It’s a central part of College Park’s goal to become a top-20 college town by 2020. (Tom Hausman/The Diamondback)

The Hotel at the University of Maryland laid off 150 people Thursday after temporarily closing its doors as the state increasingly restricts travel and gatherings to combat the coronavirus outbreak.

Southern Management Corporation, the developers of The Hotel and The Cambria Hotel in College Park, signaled the staffing cuts by filing a Work Adjustment and Retraining Notification on Thursday. The company announced that The Hotel is expected to reopen in April.

“Your health and well-being and that of our team members, is our top priority,” the company wrote on The Hotel’s website. “We will continue to fully comply with guidance as it is updated to implement health and safety measures to protect you and our communities.”

Maryland officials have so far confirmed 244 in-state cases of the coronavirus, with a sharp increase in reported cases in the last week.

Gov. Larry Hogan declared last Thursday that gatherings should be limited to 10 people to curb the spread of the coronavirus. He additionally announced that all public transportation would be limited to emergency workers and health care providers.

The outbreak has been “devastating” for the hospitality industry, said Jeff Brainard, vice president of sales and marketing for Southern Development Corporation, to The Diamondback Thursday.

“When you don’t have guests in the hotel, you just don’t have work for team members,” said Brainard, who noted that occupancy rates in hotels across the region were hitting single-digit percentages up until the point of closure. In March, College Park properties typically see occupancy rates in the high 70s, Brainard added.

However, The Cambria will be remaining open, as it — unlike The Hotel — is a smaller space that’s easier to clean and control, said Brainard. Remaining guests at The Hotel were given the option to stay there, Brainard said.

The long term impact on the industry is “tough to see clearly,” as restrictions are still being placed, he added.

“I’m confident that restrictions over the next month or so will start to loosen up, and we’ll start to see some semblance of normalcy return,” said Brainard. “It then turns into a matter of consumer confidence.”

With in-person classes canceled for the rest of the semester, and with restrictions placed on research at the university, The Hotel could face significant struggles.

“The university really is the engine that drives College Park,” Brainard said.

The Hotel — with its 297 guest rooms and 43,000 square feet of meeting space — was created to serve the need for a conference center near campus, Brainard said. But without normal operations at the university, the business could see fewer customers than usual.