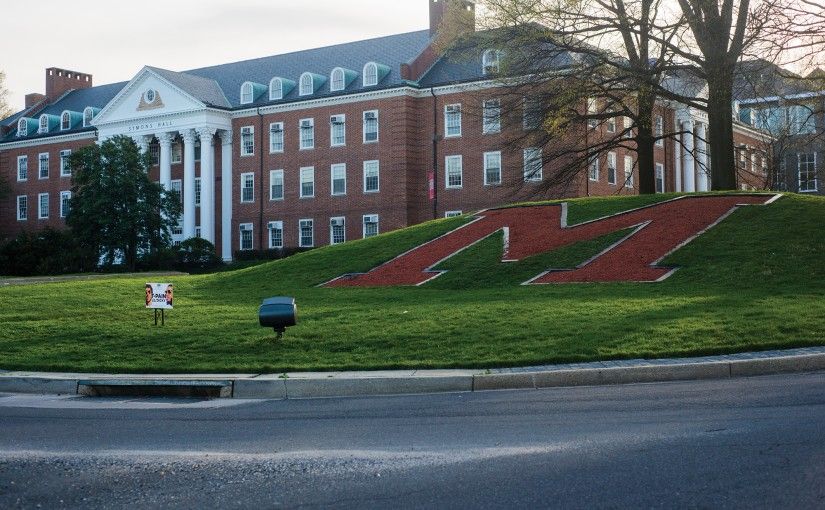 M Circle in the center of campus. (Josh Loock/The Diamondback)

The University of Maryland would require “a limited number” of employees to work on its campus starting Wednesday morning, it announced in an email Tuesday night — a message that both relieved and confused the union that represents workers at the school.

Before receiving the email at about 6:30 p.m., union organizers had thought that everyone who hadn’t arranged with their supervisors to work remotely would be expected to report to campus Wednesday amid the coronavirus pandemic. In the hours afterwards, the union was left scrambling to figure out who exactly would be required to come to work the next day.

Sam Luebke, deputy director of the American Federation of State, County and Municipal Employees Council 3, said he wishes the news hadn’t come so late in the game.

“We didn’t need to wait until the last minute,” Luebke said. “It would have been lovely if we could have known, for the departments where we cover everybody, what the plan was so we could help to get the word out.”

The email described the remaining need for staff members to maintain and operate campus facilities, as well as technology and administrative infrastructures. To support students who remain on campus, the email also asserted there will be a need to maintain health and counseling services, some dorms and limited dining services.

In a follow up email to supervisors who had employees reporting to campus on Wednesday and some researchers, chief human resources officer Jewel Washington apologized for the late notice.

“I hope you all can appreciate that everyone is making decisions as information is available,” she wrote.

But AFSCME is still waiting for a list of the employees the university is asking to come in, Luebke said. On Wednesday, Luebke said the union was pulling together a survey to send out to its members to find out who reported to work.

He also expressed concern that since the email provided such late notice, some employees could have still come to work on Wednesday, even if they didn’t have to do so.

That’s what Iris Castro said happened to her last Friday. Even though the campus was closed, Castro and her coworkers still showed up to the Plant Science Building at 4 a.m. to start cleaning. Then, she said, they got a call from their supervisor about 2 ½ hours later, telling them to pack up and go home.

Union leadership also said they’re waiting for the university to provide more information on the sort of training, supplies and protective gear that will be offered to the people who will be in charge of deep cleaning across the campus.

In Tuesday night’s email, the university wrote that it will follow all state and federal health protocols — cleaning and sanitizing campus facilities and enforcing limited gatherings and social distancing. Washington’s follow-up email also announced that workers who come to campus will receive “a refresher” training of protocols around enhanced cleaning, hand washing, social distancing and covering coughs and sneezes.

But Luebke is still concerned. Until the union knows for sure which jobs people are being called into perform, he says organizers won’t know what sort of training is necessary to keep them safe and healthy.

In 2018, as a mold outbreak spread across on-campus dorms, the union received reports from dozens of housekeepers who had fallen ill after being instructed to eradicate the spores without receiving training to do so. Since then, Luebke said the union has been skeptical of the guidance offered to workers by the university.

Tuesday’s email said employees who were told by their supervisors that they aren’t needed on the campus would be granted leave until at least March 30. Many of the employees who must continue working on the campus will also be eligible to earn additional compensation or compensatory time, the email indicated.

Additionally, the email echoed language in a Monday statement from the University System of Maryland, announcing that no staff member who is immunocompromised or otherwise considered to be high-risk regarding COVID-19 will be required to come into work. These employees can reach out to the human resources office to use accrued sick or other leave or receive an excused absence, the email read.

“It’s good that they’re going in the right direction,” Luebke said. “I just wish they wouldn’t wait until [6:30] to make an announcement to a campus of [thousands] of people.”