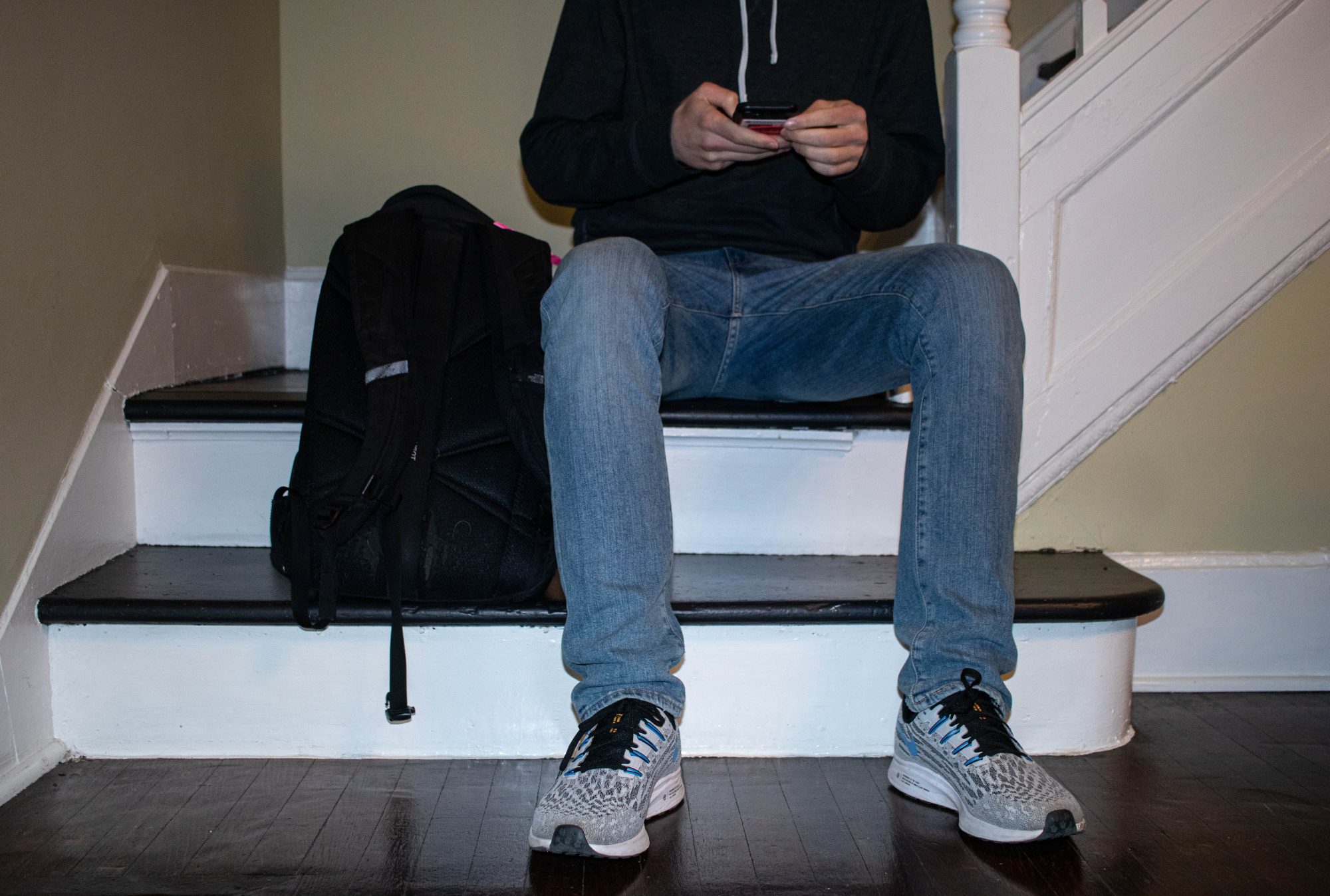 Late one night in McKeldin Library, Joshua Shin, a junior computer science major, asked someone to watch his books while he left for a minute.

Why did Shin leave his books with a stranger, when that person could just as easily have stolen his belongings? A 1972 psychology study may have the answer.

Psychologist Thomas Moriarty found people were more likely to confront a possible thief when they were asked to watch someone’s belongings.

“There are a lot of people here, so it wouldn’t be smart for them not to follow through with it,” Shin said.

Moriarty staged thefts on a New York beach where a research team member placed down a towel and radio. After several minutes, they got up and left. While they were gone, another researcher — the “thief” — tried taking the radio.

Out of the 20 trial runs, only four onlookers interfered with the theft. The researcher decided to run the experiment again, but with a twist. Participants asked people nearby to watch their belongings before they left.

Results differed vastly in this part of the experiment. Nineteen of the 20 subjects defended the researcher’s radio.

When one stranger asks another to guard their books in the library, according to the logic of Moriarty’s study, they actually decrease the chances of someone stealing their belongings.

Jeff Lucas, a sociology professor and the associate dean for research for behavioral and social sciences college, said the most fundamental thing known about people is they organize into groups based on identities.

“A student at the University of Maryland is an identity,” Lucas said. “Library studying is an identity. We trust in-group members, and distrust out-group members. Sociologically, people think untrustworthy people hide in the shadows waiting for their chance. We don’t fear the people around us.”

Sgt. Rosanne Hoaas, University Police spokesperson, said she can’t recall a time in her experience when an item was stolen in a library after one student asked another to look after their belongings.

Despite not encountering this, Hoaas emphasized the importance of basic safety when safeguarding our things. Hoaas said someone shouldn’t leave their items unattended just to secure a study spot they like. She also said that during the university’s normal business hours, non-community members are free to come on campus.

Still, some students may tend to follow their psychological instincts over safety precautions.

Seth Rabinowitz, sophomore public health science major, said he’s comfortable leaving his belongings under someone else’s watch if the other person is also a student in the library.

“Because we’re all students here and in a similar situation, you would understand the consequences of your things being stolen because a similar thing could happen to you,” he said.

In-group trust remains consistent in psychological studies from the last 50 years. A 2011 Australian study found people were more likely to take risks with a stranger if they shared a meaningful group membership with that person. Later, in a 2018 study, researchers observed that Republicans and Democrats were more likely to trust someone from their own party, rather than the opposing one.

Some students are even more trusting than these studies suggest, like Aidan Thurm, a freshman business student.

“I don’t even think about it,” said Thurm. “I just have faith in humanity. I’m a [glass] half full kinda guy.”

Thurm said his positive worldview leads him to trust people easily. He said he would trust fellow students to watch his things, or strangers in the airport to watch his bag for a minute.

Benjamin Jones, a psychology professor at this university, said people shouldn’t only rely on scientific findings and assume their belongings are safe simply because they ask someone to watch them. He also said it’s unlikely any scientific study will answer this.

“In college, this is something that we see a lot,” he said. “But how pervasive is this phenomenon really? Can we say that 100 percent of people are doing this? And what happens if you ask the thief to watch your things?”