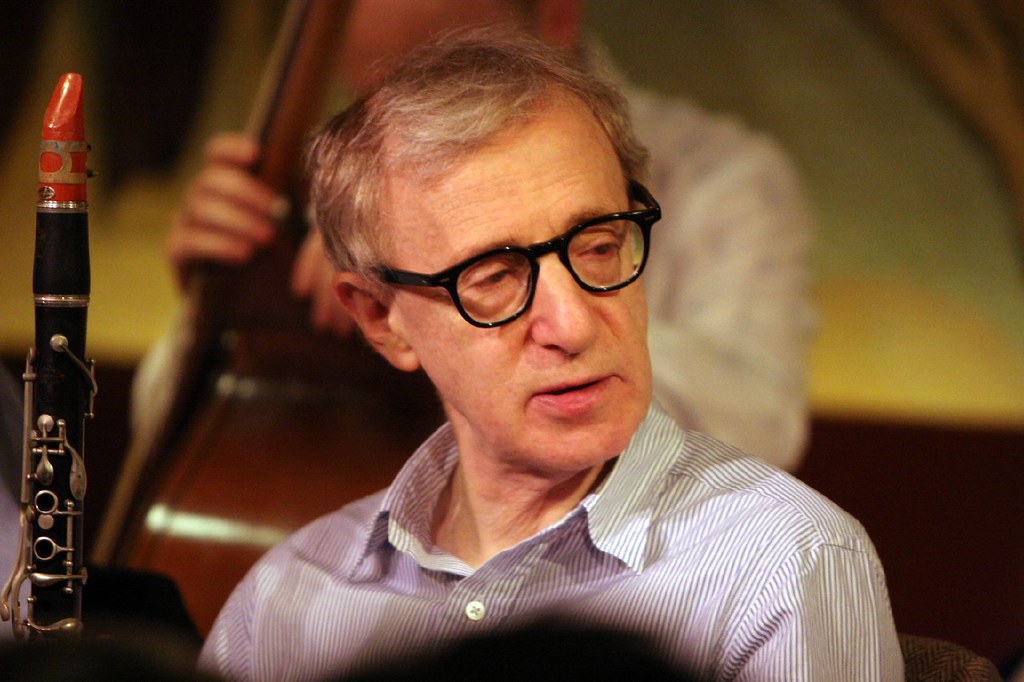 Woody Allen in 2006. Allen has been accused of sexual assault, and Hachette recently announced that it wouldn't go through with publishing his book. Photo via Flickr.

I regret to inform you that not only is there a Book Establishment, but that it’s proven itself bad at handling sexual abuse, both in books and beyond.

At the risk of sounding like a conspiracy theorist, let me just say that the Book Establishment is huge. The largest trade publishers in the industry (Penguin Random House, Hachette Book Group, HarperCollins, Macmillan, and Simon & Schuster) — known as the Big Five — together brought in revenue of $9.73 billion in 2019. Big booksellers such as Amazon, Barnes & Noble and Books-A-Million dominate the retail market. Sales are driven in part by the book clubs of prominent celebrities, including Oprah Winfrey and Reese Witherspoon, as well as rave reviews from outlets such as The New York Times. Print books sales in the U.S. in 2019 totaled over 689 million, with the Book Establishment holding a massive amount of sway over which books are seen, loved, talked about and thrown out.

But for all its largesse and power, the Book Establishment as a whole can’t seem to do the right thing in the post-#MeToo world we live in.

Take the case of My Dark Vanessa and Excavation. Both books are about adult women reflecting on their romantic and sexual relationships with their high school English teachers. My Dark Vanessa — billed as fiction — was written by a white author, Kate Elizabeth Russell, who received a seven-figure advance from HarperCollins for one of the most anticipated novels of the year.

On the other hand, the memoir Excavation by Latina author Wendy Ortiz was published by a small press in 2014, after being passed over several times. In January, Ortiz accused Russell of feeding into another American Dirt–esque controversy, where a white author culturally appropriated the experiences of Latinx people and was rewarded for it. Among Ortiz’s claims was that My Dark Vanessa is a work of plagiarism that “fictionalizes” an experience Ortiz lived. This led to widespread questioning over whether the experience of statutory rape is one that can be owned and appropriated when it’s, unfortunately, all too common.

Russell has since put out a statement saying her book was inspired by her own life. Oprah’s book club has waded in and out of this controversy, having picked My Dark Vanessa for its March read back in October. Now, her book club has dropped the book, suggesting that in the future it’ll stay away from such controversies.

Or, you can take the case of Woody Allen’s memoir. Allen was accused of sexually assaulting his stepdaughter, Dylan Farrow, who wrote an op-ed in 2017 that questioned why the filmmaker was still largely accepted by society. Big Five publishing house Hachette announced that their imprint, Grand Central Publishing, would release Allen’s book, Apropos of Nothing, in April. Dylan Farrow herself pointed out Hachette’s complicity in not fact-checking Allen’s story. She also noted the company’s hypocrisy and betrayal in picking up Allen’s memoir less than a year after they published her step-brother Ronan Farrow’s Catch and Kill, which Ronan described as “a book about how powerful men, including Woody Allen, avoid accountability for sexual abuse.”

Ronan Farrow later dropped Hachette as his publisher. Employees at Hachette walked out in a very public move of collective action a few days after the memoir was announced. Hachette responded the next day by dropping Allen’s memoir, saying it was a difficult decision.

Oprah’s dropping My Dark Vanessa from her book club and Hachette’s original decision to pick up Woody Allen’s memoir both signal that there’s a fundamental rot in the Book Establishment when it comes to sexual abuse. Because these huge industry players are motivated by profit, and lots of it, they tend to act in short-sighted ways that prioritize claims of neutrality, apoliticism and, above all, the bottom line, over any semblance of justice for people who have lived through sexual abuse. Books, like works of art, can be political, and what publishers, sellers, editors and critics decide to do with them can be, too. It’s shameful to see the people who quite literally decide what we read choose the pocketbook safety they can find in impartiality over fears of not being politically correct.

I understand not wanting to get things wrong in such a heated time. But what happened in these two cases was profoundly cowardly. Oprah said that she didn’t want to have to spend time “defending the writer, defending the writer’s right to write the book” and not talking about the story. Hachette’s initial anti-apology included the claim that “there’s a large audience that wants to hear the story of Woody Allen’s life as told by Woody Allen himself.”

When a book is about a subject as perniciously real as sexual abuse, it requires nuance and sensitivity to survivors. The story is about them, as anything about trauma should be in a justice-oriented world, so it’s impossible to divorce survivors from those experiences. Until the Book Establishment realizes that, it will continue to fail survivors and perpetuate the systems that failed them in the first place.