Bernie Sanders is not ‘the end of the liberalism’ 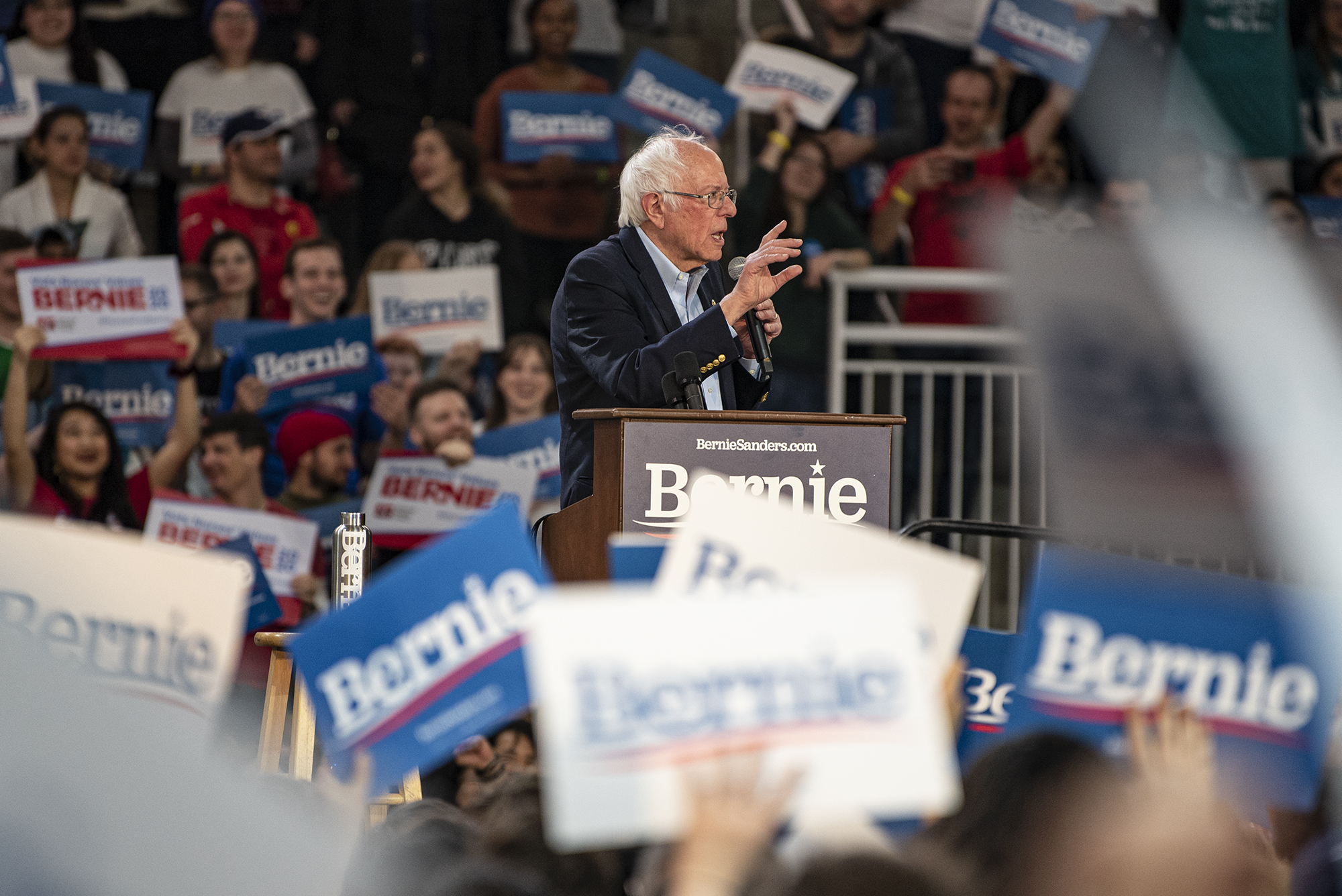 Presidential candidate Bernie Sanders speaks to thousands of supporters at a rally in Springfield, Virginia on Feb. 29, 2020. (Eric Harkleroad/The Diamondback)

I thought I was out of the woods. For a good two years, I would work myself into a tizzy at the release of another stupid New York Times column from Tom Freidman or Bret Stephens or David Brooks. But in recent months, I thought I had tamed my fury. When an insipid column from Stephens praising Michael Bloomberg came across my timeline, I would chuckle serenely and smile.

But a recent Brooks column — arguing that Bernie Sanders is “the end of liberalism” — broke me. This thing is guilty of such conceptual unclarity, such a lack of fluency in political theory, that I couldn’t restrain myself. I got mad online.

The column’s basic argument is that Sanders is not a liberal; he’s a populist. Contrasting liberalism with populism doesn’t make a ton of sense. Liberalism is a political ideology, a theory of the good. It’s a diverse tradition, but it usually refers to a belief in the equal moral standing of persons, individual rights and personal self-determination. On the other hand, populism is a strategic political idiom, a way of talking about politics in which there’s an “us” and a “them.” Populism can be harnessed for liberal or illiberal ends, to expand rights or to restrict them.

But for Brooks, populism and liberalism are essentially two different political vibes. The liberalism vibe is being calm, pragmatic and nice. He wrote that “liberalism celebrates certain values: reasonableness, conversation, compassion, tolerance, intellectual humility and optimism.” Populism represents the opposite vibe: “rage, bitter and relentless polarization, a demand for ideological purity among your friends and incessant hatred for your supposed foes.” The populist vibe is embodied by Donald Trump and Bernie Sanders, while the liberal vibe is embodied by figures like David Brooks.

It’s far more coherent to frame liberalism as a political ideology. And on that level, Sanders is clearly a liberal. He has long supported expanding political rights, and the equal standing of persons is central to his worldview. Indeed, the vast majority of the contemporary secular left falls under the big tent of philosophical liberalism.

Internet socialists will protest this characterization: We’re not liberals, we’re leftists. But in internet discourse, “liberal” is used to mean center-left or neoliberal, while “leftist” means a social democracy or democratic socialism that is entirely consistent with, and often based on the realization of, liberal principles. As the sharp, young political theorist Daniel Luban wrote, “Neither of these positions sits outside the boundaries of liberalism, broadly construed, and most of the positions currently marked as leftist have been supported in other times and places by those we’d describe as liberals.”

Jacobin is by far the biggest socialist magazine in the United States. And its justification for its socialist politics is distinctly liberal. For many Jacobin contributors, socialism is required for the real-world satisfaction of liberal values like self-determination. For these liberal socialists, the hierarchies of contemporary capitalism make it impossible for working people to freely pursue their projects. Only a radically democratic and egalitarian economy has a chance at achieving authentic liberalism. As Jacobin associate editor Shawn Gude once wrote, “Socialists took the Enlightenment ideals of autonomy and self-determination to their logical conclusion and asked, if all humans are equal, what gives one the right to arbitrarily rule over another? Why should capital be king?”

Liberalism casts a long shadow. The challenge to liberalism from the left consists of some rogue Stalinists and a few religious socialists — and certainly doesn’t include Bernie Sanders. Luban is right to argue that the primary alternative to big-tent liberalism comes from the right, in the form of a nationalist, authoritarian capitalism. If Brooks really fears for liberalism’s future, maybe he should worry about that.