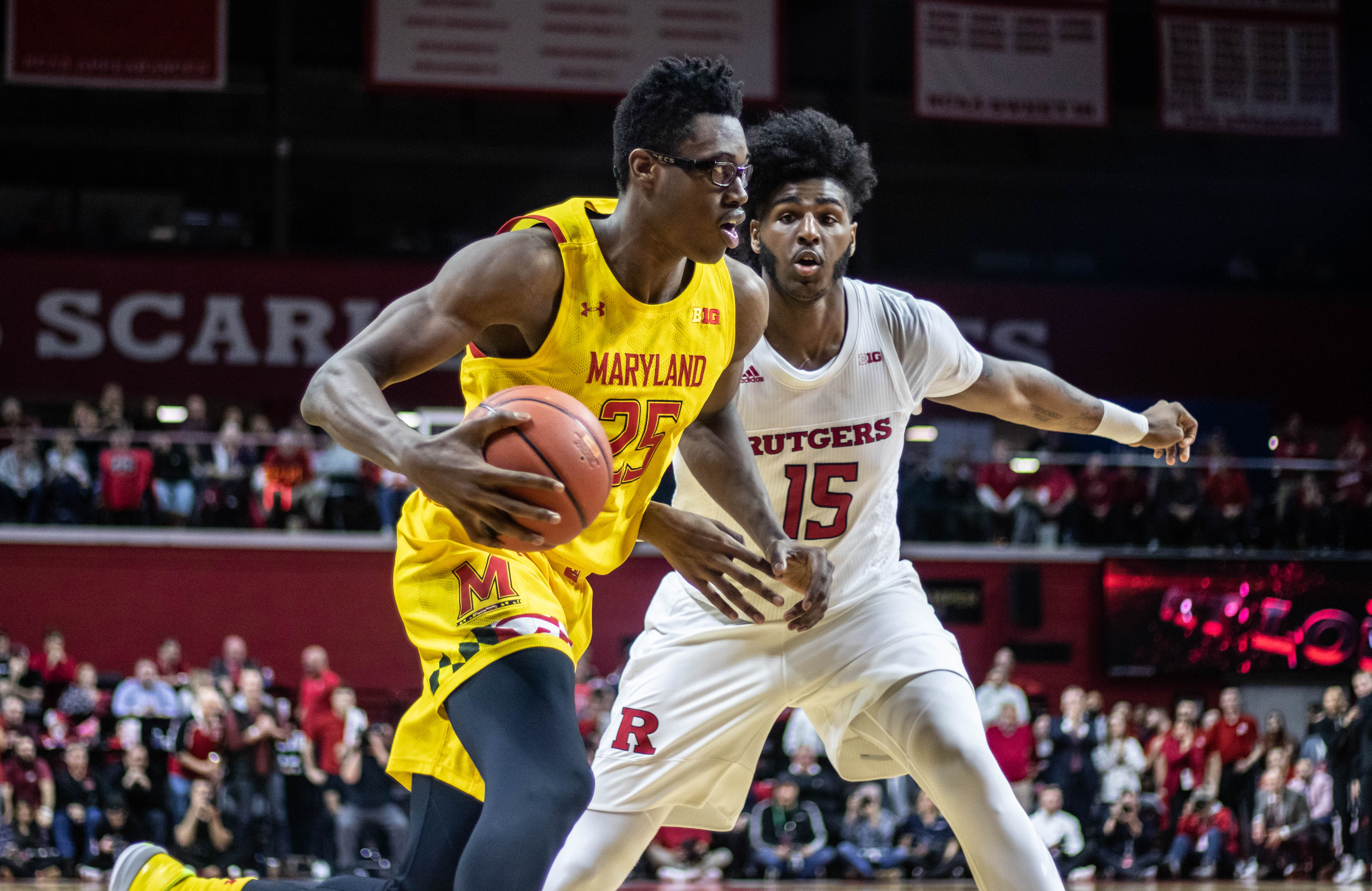 On the back of his 20 double-doubles — tied for third-most around the country — Maryland men’s basketball forward Jalen Smith was named a semifinalist for the Naismith Men’s College Player of the Year award and a finalist for the Karl Malone Power Forward of the Year honor on Thursday.

For the Naismith award, Smith is one of 10 players included in the semifinal round, including Iowa’s Luka Garza, Marquette’s Markus Howard and Seton Hall’s Myles Powell. The 6-foot-10 Baltimore native has averaged 15.4 points and 10.5 rebounds per game, and he’s been a major catalyst for success during the Terps’ Big Ten slate.

In conference play, Smith’s 14 double-doubles and 56.4 percent shooting lead the Big Ten. And his 16.7 points per game in conference showdowns ranks fifth.

[Read more: Defense has often been a strength for Maryland basketball. As of late, it’s a weakness.]

His influence was most noticeable during Maryland’s 17-point comeback win over Minnesota on Feb. 26. Smith had missed all but about four minutes of the first half with foul trouble, but when he returned for the final 20 minutes, the Terps began to feed him at the post more. He finished with a second-half double-double, and his put-back dunk set up guard Darryl Morsell’s game-winning 3-pointer.

If not for that come-from-behind effort, Maryland would be on a four-game losing skid. Instead, beating the Golden Gophers was a positive note among losses to Ohio State, Michigan State and Rutgers.

And with a three-way tie atop the conference standings, it comes down to Sunday’s matchup with Michigan to decide which teams can split the regular-season crown.