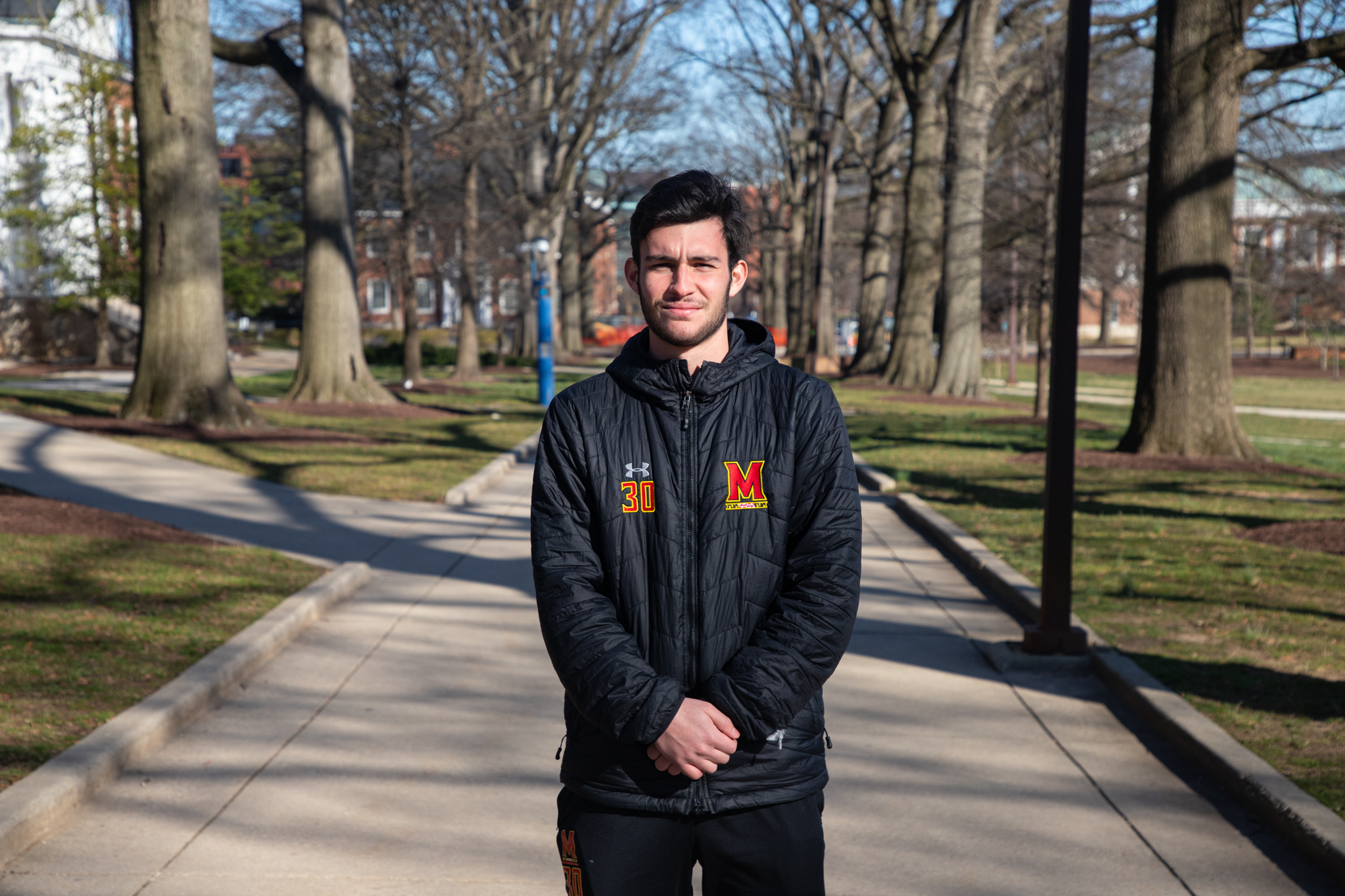 Alejandro Chacon, a goalkeeper for the Maryland men's soccer team, serves as a representative on the Student-Athlete Advisory Council which aims to cultivate leadership skills and student-athlete well-being. (Evan Kramer/The Diamondback)

By Hannah Lewandoski
For The Diamondback

In a sports world where a majority of the attention is on athletes’ abilities on the field, the Student-Athlete Advisory Committee is giving players at the University of Maryland a chance to use their voices.

Led by a board of student executives, committee chairs and representatives from each sport, SAAC has acted as a liaison between Maryland athletes and the university’s athletic department.

“SAAC is a unifying voice for athletes, and allows players to come together and interact across sports,” said Taylor Wilson, a junior softball player and SAAC’s diversity and inclusion committee co-chair.

The committee holds monthly executive board meetings where student leaders and representatives meet to discuss issues and interests gathered from fellow athletes.

The executives pass on concerns when they meet with administrators such as Damon Evans, the university’s athletic director.

“We have a good relationship with different administrators and with Damon,” said Kirsten Peterman, SAAC co-director and executive board member. “We’re able to bring information back to [him] and bring his attention to these issues.”

The group is comprised of four subcommittees focused on mental health, diversity and inclusion, community service and student-athlete engagement.

In addition to acting as an intermediary between athletes to administrators, the group’s subcommittees host events and provide resources to engage players off the field.

“I think [the meetings] add a very personal and relatable touch,” said Hunter Baxter, a junior wrestler and SAAC representative. “Just to see someone in your position — being able to talk about it — because mental health is not something that student athletes like to discuss.”

“Oftentimes, athletes have this idea that we’re supposed to be so strong, but we can also have problems,” said Anissa Mose, a women’s soccer player and SAAC student-athlete engagement committee co-chair. “It provides a safe space where we can talk about these things for student athletes.”

SAAC works to tackle the struggles athletes face in sports, as well as addressing the challenges that come after the final whistle.

[Read more: After rough season, final duals provided Maryland with a glittering back wrestling with a glimmer of positivity]

SAAC also facilitates community service to Maryland athletes through its Share the Shell subcommittee, as representatives are tasked with communicating volunteer events and opportunities to their teammates.

Past events that players have participated in include TerpsGiving, where athletes helped pass out Thanksgiving meals to those in need at Amazing Grace Church in Baltimore. They’ve also read to children at the LEAP Preschool on campus.

“These events are definitely a rewarding experience,” said Alejandro Chacon, a junior men’s soccer SAAC representative. “The people in SAAC have a lot of great values, and our goal is to push those values into the teams at Maryland.”

Several of the committee’s events this year have been mandatory, in part to solve its problem of getting student-athletes to participate despite their busy schedules.

Student leaders want to encourage athletes to participate by creating fun activities in hopes players will encourage other teammates to come to events in the future, said Peterman.

The group is working on upcoming events to continue the conversation of mental health, celebrate women in sports and grow the bond between international and American athletes at Maryland.

“We still have a lot of work we can do,” Wilson said. “But it’s fun to watch our athletes come together.”