Review: Post Malone owned Capital One with nothing but himself and his music 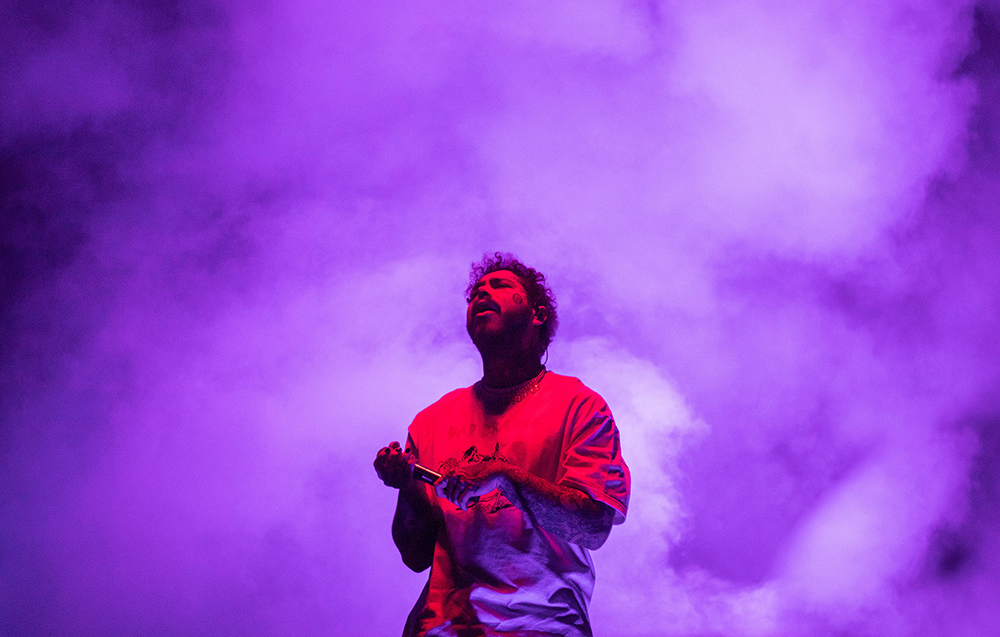 As I took my seat in an empty row among an enthusiastic crowd of potheads, vapers, pre-teens and even some buzzed elderly couples, there was a certain amount of loneliness mixed in with the joy I experienced at my first Post Malone concert Thursday night.

But my solitude allowed me to be more observant of the people around me, and it gave me the freedom to appreciate the entire performance to its fullest.

Watching Post Malone perform was an out-of-body experience. I felt physically immersed within each song’s performance, captivated not only by the raw emotions Malone poured into each song but also by the plethora of visually captivating stage lights, roaring fireworks and random outbursts of flames that accompanied his set.

I’ve always had an appreciation for the 24-year-old rapper and singer-songwriter, and as I watched him completely dominate the stage and hype up a monstrous pool of people, I couldn’t help but think about his more humble “White Iverson” days. I’m amazed by how much popularity he’s gained since then, and watching him perform live made me appreciate his music that much more. His flawless transitions between aggressive rock/rap tunes to soft and mellow ballads, such as “Stay” from Beerbongs & Bentleys, proved his versatility as an artist.

[Read more: This week in Number Ones: “The Box” squeaks along, but for how much longer?]

And despite his assortment of face tattoos, his use of vulgarities onstage and his penchant to simultaneously drink and smoke while onstage, it’s clear that Post Malone is just one big softie at heart. The heartbreak and pain of “Circles” and “Stay” were palpable, and could be heard in his wavering voice and meek voice cracks.

Post Malone’s performance also felt intimate, rather than overly theatrical and extravagant, as though I was watching him vibe on his own. Aside from the stage lights and occasional dramatic effects, it was just him up on stage. He shamelessly danced, jumped around and helplessly kneeled at the edge of the stage, holding onto his microphone as if that was the one thing his life depended on.

It was refreshing to witness that level of vulnerability, but that authenticity was sometimes lost when Malone used heavy autotune. It was unnecessary, and it took away from the beauty from his voice, making it sound unauthentic and insincere instead.

By the end of the night, I felt energized, even though I was leaving Washington, D.C., at midnight and was mildly worried about my impending physics exam. I guess that’s just the effect Post Malone has on his listeners, whether they’re enjoying his music in the comfort of their own room, or witnessing it in person with others who also have impeccably good taste in music.