What ‘Love Is Blind’ means for the future of dating shows 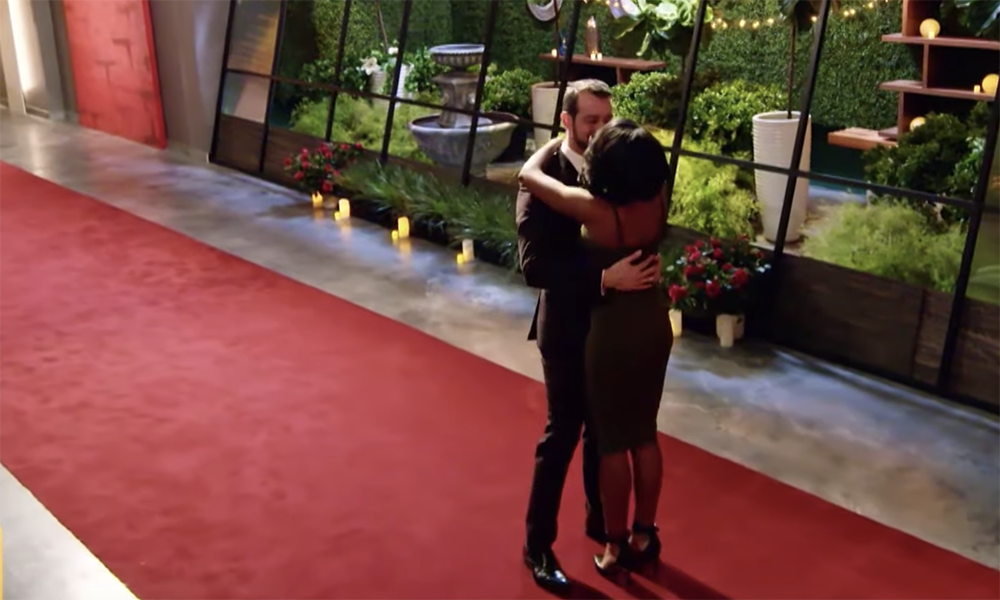 The final episodes of 'Love is Blind' dropped Feb. 27 on Netflix. (Photo via YouTube)

Releasing a new dating reality show in the midst of The Bachelor’s 24th season is a bold move. Love is Blind, Netflix’s newest addition to its fast-growing collection of reality television, first interrupted the beloved Bachelor season on Feb. 13, when the first of three batches of episodes was released.

The show puts the “love is blind” idiom to the test, following 15 men and 15  women as they speed date each other. But — like in other Netflix reality hit The Circle — the contestants cannot see each other as they talk. They can choose to propose and reveal themselves to their partner at any time during the “blind” portion, after which they move to a couple’s retreat. After everyone has decided whether to get engaged, the show follows their transition to a more genuine living experience in an apartment complex.

Love is Blind combines addicting elements from a bunch of other “guilty pleasure” dating shows. The premise echoes the same ridiculousness of 90 Day Fiancé and Married at First Sight, in which the contestants are removed from the comforts of everyday life and put on a fast track pace towards love. Like those series, Love is Blind forces couples to make connections without granting them the luxury of time — or sight, in this case.

Finding love in this ridiculous situation is nowhere close to natural, or easy. The drama that results from these confined circumstances is addicting for some and unbearable for others. But the contestants’ high chance of failure and resilient enthusiasm always sucks me in, and seeing people getting left at the altar and crying over how much they love someone they’ve known for two weeks is enough to keep me watching.

Because it’s a Netflix show, Love Is Blind gets to take the best and leave the worst of dating series standards. It teeters between being serious love programming and being an outrageously dramatic series, such as MTV’s Are You The One? Where The Bachelor facilitates wine watch parties and pretends to prioritize finding a genuine love connection over the drama, MTV’s participants are obviously there for the Instagram followers. If they happen to find love too, then that’s great. Love is Blind is somewhere in the middle.

Love Is Blind tries to stay a bit serious, but not to an overly fake point. Not all the couples end up happily married, proving that the show’s circumstances can’t work for everyone. And in an age where many of us are mindlessly swiping on apps like Tinder, this dating series admirably places emphasis on conversation over physical attraction. But still, all the contestants are better looking than your average person — it would be going against all reality show standards if the contestants looked like real people.

The series takes the stupid drama and classic dating television tropes, but refuses to define itself much beyond that. Ultimately, Love Is Blind is not absolutely necessary in the world of reality television. There are already plenty of dating shows that people are quick to call “addicting” or “trash.” However, it does manage to appeal to fans in an unusual way, and proves the power of Netflix’s future in reality TV. So, if you’re tired of the endless “Bachelor Monday” mania, Love Is Blind could be your solution.