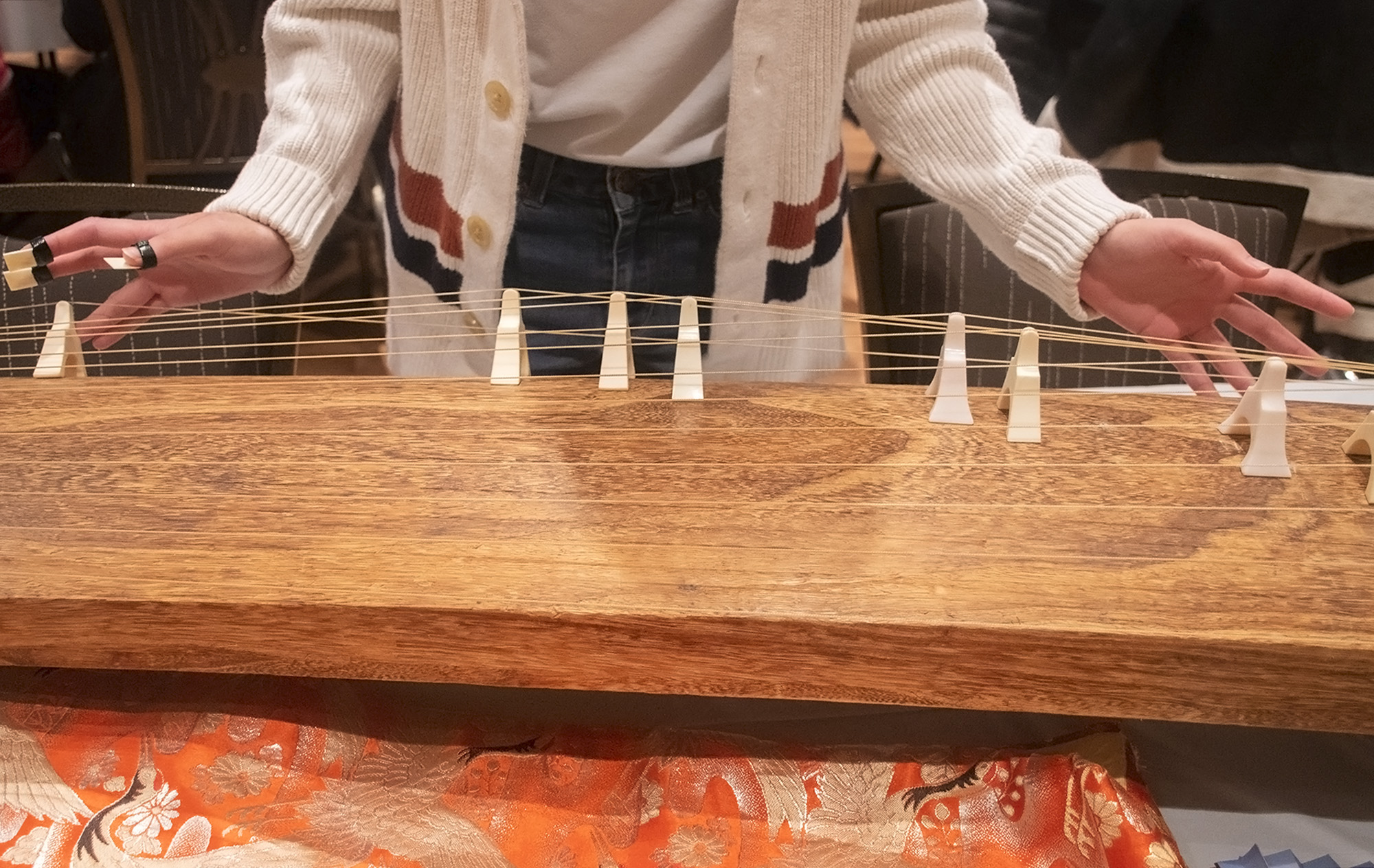 One station at the Taste of Japan event on Feb. 29, 2020 allowed students to try their hand at traditional Japanese instruments. (Susannah Outhier/The Diamondback)

By Mohan Xu
For The Diamondback

The theme was the Tokyo Olympics because Tokyo will host the 2020 Summer Olympics this July.

“The purpose of the event is to showcase and increase awareness and appreciation for Japanese culture,” JASA co-president Ayako Sekiya said. “We want to create a larger sense of unity between the Japanese population.”

She said the Japanese student population is very small compared to other Asian populations at the University of Maryland.

There were several games and activities at the event, including ring toss, origami, ayatori — a string game — and fukuwarai, or “lucky laugh,” a popular children’s game. There were also opportunities for people to practice calligraphy and write words, such as “sun” and “moon.”

[Read more: A new UMD major focuses on the development of Christianity, Judaism and Islam]

Yo Sasatomi, the JASA co-president, said the key idea of the performance is to create a Japanese festival environment, which is always “outgoing and very chaotic.”

Sasatomi said the association asks some groups to come back every year because they “really helped to put on … that sense of festival environment.”

“I really liked TerpWushu because it was really strong and powerful but graceful like ballet,” said Faith Branham, a junior psychology major at Towson University. “Wushu was not something I can see everyday online.”

The audiences brought loud cheers and applause to performances.

“I like all [the] performances because each of them [is] really energetic and engaging,” said Minh Nguyen, a senior government and politics major. “It is nice to see all of them.”

Onstage, activities and games were also provided. The four-member Hamaguchi family taught audience members how to play with a traditional Japanese toy, called a “kendama,” through 10 tricks, which showcased the easiest and hardest ones.

The event also had an interactive activity in which students answered 27 questions on Kahoot, such as “What is the longest running anime series?” or “What was Tokyo’s previous name?” These questions showed different aspects of Japanese popular culture and history.

JASA’s executive board planned this event and got a lot of help from junior representatives, said Sekiya.

“A flight to Japan costs over a thousand dollars, and we wanted to provide an environment similar to the experience, without the hefty price tag,” Sekiya said.