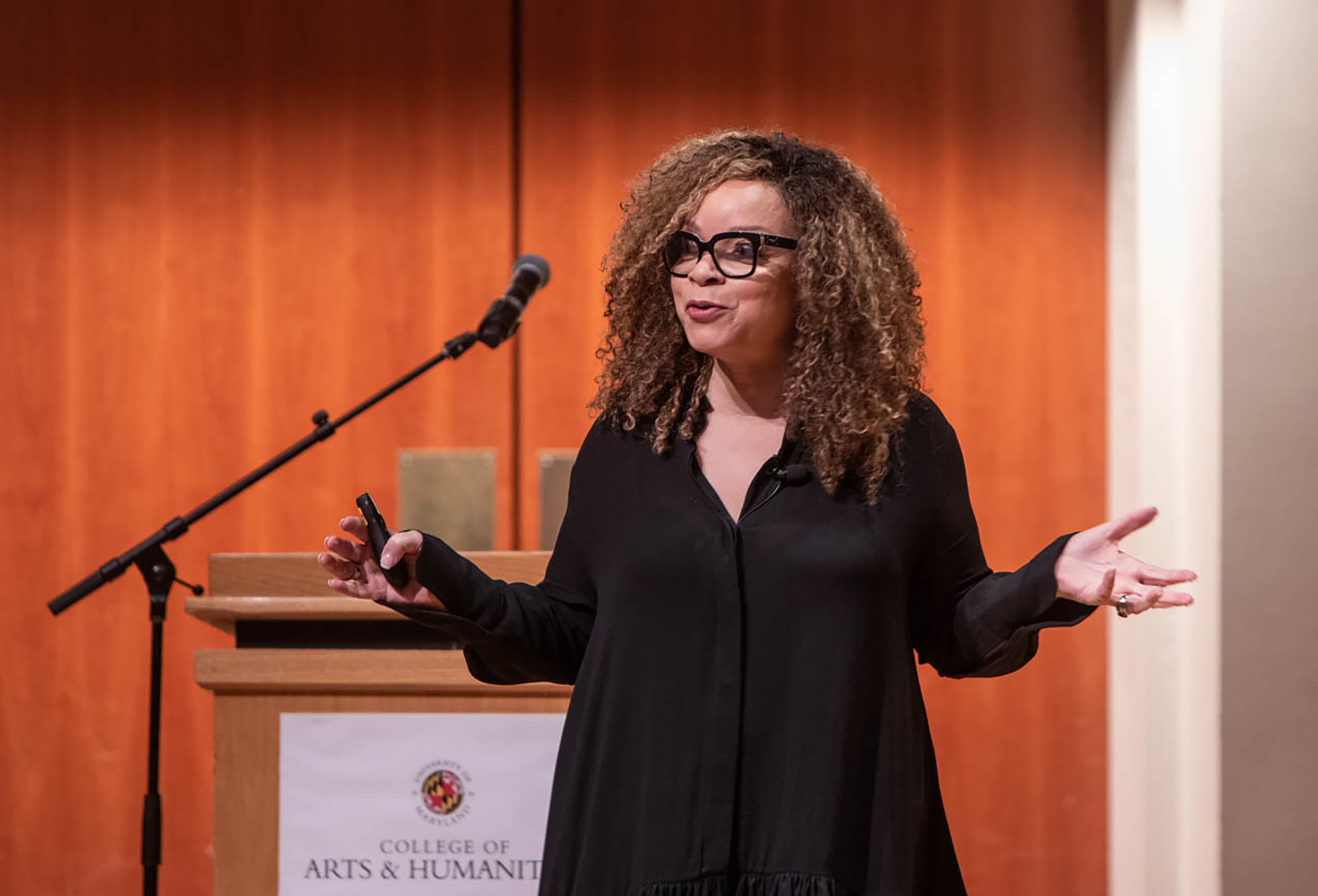 By Courtney Cohn
For The Diamondback

As a young girl, Ruth Carter loved all kinds of art. At first, she wanted to become an actress. After discovering it wasn’t her calling, she decided to try costume design because she loved storytelling.

Little did she know she would become an Academy Award-winning costume designer.

Carter spoke to University of Maryland students, faculty and staff on Tuesday about her journey to success, her design process and the struggles she faced as part of the Arts and Humanities Dean’s Lecture Series.

The highly-regarded costume designer has worked on films such as Amistad, Malcolm X and Black Panther, with directors such as Steven Spielberg and Spike Lee. In 2019, Carter won the Academy Award for “Best Costume Design” for the latter, making her the first black person to win that category.

“She brings together history and culture with the arts. In a way she’s just a perfect exemplar of all sides of our college,” said Bonnie Thornton Dill, dean of the arts and humanities college.

Many theatre, music and dance students were in attendance, hoping to learn from Carter’s expertise from working on numerous films and productions.

“I’m very curious about the path she took and how she went about starting her career,” said sophomore theatre major Katy Cawley. “I think it’s important for people in my major to get that exposure as to how to break into this world.”

Carter talked about her humble start and how she worked her way up in the industry. She worked with Lee before he became a household name, she said.

“There weren’t very many African Americans in costume design or directors,” Carter said. “I feel like he had created a film family.”

She also discussed her creative process while working on Black Panther, while going into the specific decisions she made for different characters and scenes.

“We took culture, color, texture, fabrics, and we turned it into a superhero movie,” Carter said. “We honored culture.”

Des’ree Brown, a senior theatre major, said she looks up to Carter because she is also a black woman in theatre. She was also glad to be able to celebrate Carter’s achievements during Black History Month.

“It shows how hard black women have worked and the recognition we deserve,” Brown said. “Of course we’ve gotta see her shine up here, talk, and inspire all of us.”

At the end of the talk, Carter was asked what she wanted her legacy to be, and what she wants to leave behind for future generations.

Carter said she feels like she found a purpose for doing what she does, and is glad that she can provide support and be a precedent for future generations who want to pursue costume design like her. After she collaborated with H&M, for example, the company started an endowment in her name at her alma mater, Hampton University, for $25,000.