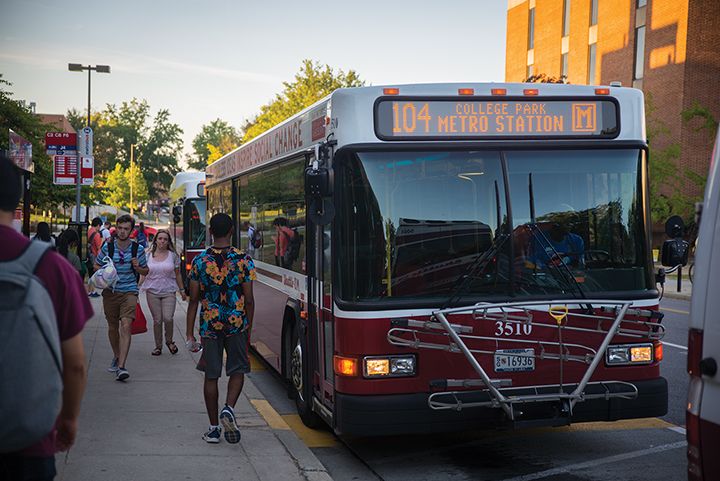 The bus was traveling east on Regents Drive toward Baltimore Avenue at about 8:20 p.m. when a pedestrian ran alongside it in an attempt to get the bus to stop, Hoaas said. The female student tripped and made contact with one of the bus’s tires.

Hoaas initially indicated the student hit the side of the bus with her hand to get the driver’s attention before she tripped, but later said it was unclear, based on surveillance footage, that the student did so.

An officer began first aid on the pedestrian until firefighters arrived and took over her care, Hoaas wrote in an email. The student was transported to the hospital and is in stable condition, Hoaas wrote.