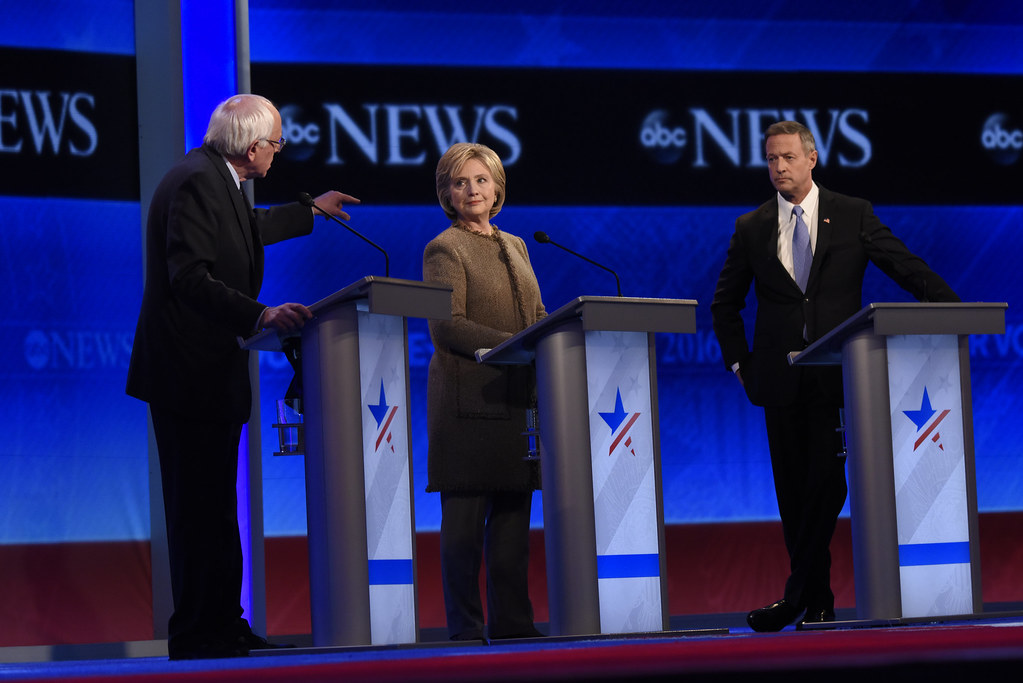 Bernie Sanders, Hillary Clinton and Martin O'Malley at a Democratic primary debate in 2015. Photo via Flickr.

Rather than watching the latest Democratic debate, I waited until I woke up the next morning to read top five lists of what I needed to know. This is because, unfortunately, the primary debates have become an antiquated forum for policy debate and candidate exposure.

Let’s face it: The current style of presidential debates is outdated. The lengthy time combined with too much bickering feels like it leads voters towards apathy and irritation, and it gets worse with each passing debate. The debate format needs to mold itself to newer media standards in order to appeal and retain younger voters. National political discourse is miles ahead of the debates, and as one of the prime ways voters are exposed to candidates, debates simply can’t lag behind any longer.

The function of a presidential debate is crucial in allowing the country to see political and personality differences between the candidates. Their existence is paramount for candidates to create standout moments for themselves. These aspects of the debate don’t need to change with a revitalization of the format; it should instead be the driving force behind updating the debate outline.

Currently, the debates last for about two hours and feature different questions provided by whichever media outlet is hosting the debate. The time, length and depth of questions are the most important elements that need to change. Debates are simply too long, and the questions don’t always cover the issues that desperately need media coverage. Both of these aspects are alienating for audiences, specifically younger ones, who are used to shorter methods of communication and seek authentic content.

And both of these problems can be easily fixed. To get rid of an excessively long debate, cut the time in half. With a myriad of issues to be discussed, that sounds scary. Yet the answer is simple: Treat the candidates as anyone else would be treated when going over their allotted time — turn off the microphone. This easy fix would shave off time wasted on inter-candidate bickering and alleviate moderators the pain of speaking over candidates in order for them to stop talking.

Even though debates need to be shorter, improving the questions would be the most beneficial change to the debate structure. The moderators should stick with what their name entails: moderate. While the networks and media outlets who host these debates are invested in asking questions that are important to their audiences, sometimes these questions don’t jive with the issues that viewers actually want to hear the candidates talk about. Certain topics like health care and the foreign policy often dominate conversation, while other equally important issues such as climate change and income inequality aren’t given the same coverage.

Instead of only networks or platforms offering questions for the debate, a majority of the questions should be sourced from the voters themselves. Primary debates provide the most opportunity for a truly representative bank of questions: a blend of questions from all around the country and from the state that’s holding the primary. If the questions are representative of the issues that voters care about, it holds candidates to a higher standard of authenticity and forces them to truly be in touch with the constituents they’re vying to serve. Gathering these questions through social media would allow young people to engage in the debates by being able to submit the issues that they care about.

By offering online streaming of the debates, mainstream media networks are already playing to a more digital, youthful audience. The accessibility that online streaming creates is a mark of innovation and change that have already shifted who watches the debates. The function of debates will continue to be relevant, but their format is quickly losing its efficiency. Debates need a change, and they need it now.