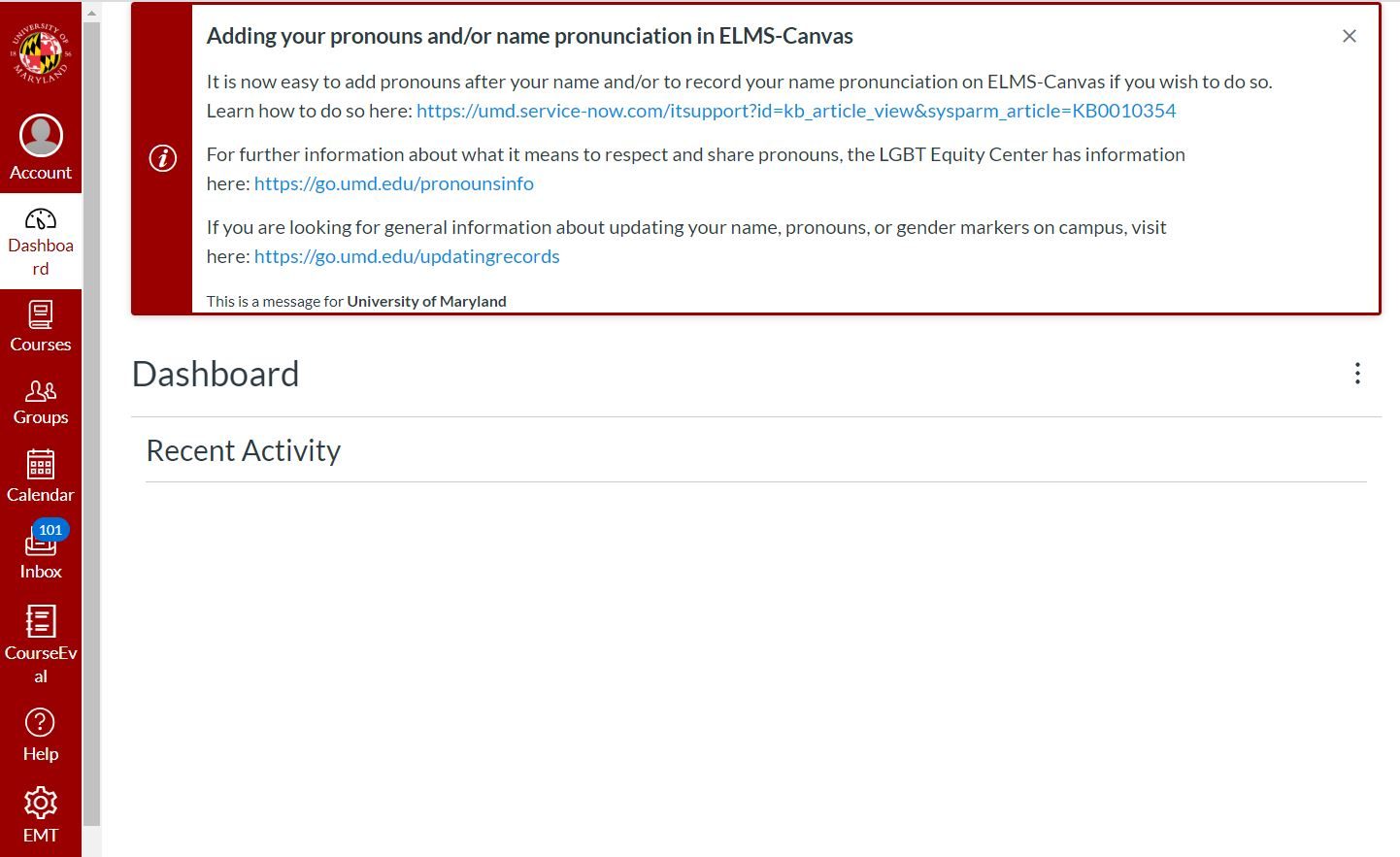 Despite being president of the Black Student Union’s freshman council, the aerospace engineering major said they constantly feel a sense of exclusion simply existing as a nonbinary person.

“I have to present as something else for my own safety because my identity is not as accepted within certain contexts,” Sallah-Mohammed said.

Regularly confronted with a gender identity they reject, Sallah-Mohammed said people often assume their pronouns — sometimes even ignoring any clarifications made after their peers erroneously assign pronouns.

However, they are hopeful a new feature in Canvas, which allows students to enter their pronouns and name pronunciation, will save them this burden, at least from their professors.

The new feature — which was released to Canvas, the university’s online learning system, on Feb. 11 — is part of a larger push to create a more uniform data collection process regarding students’ genders, names and other forms of personal information.

[Read more: After years of delays, South Campus Diner construction is set to finish up over spring break]

Namecoach, a separate tool in ELMS that allows students and faculty to voice-record and clarify the phonetic spelling of their names, can also be used in courses and commencements.

“This has been the result of a lot of years of discussions,” said Shige Sakurai, the associate director for the LGBT Equity Center. “The specifics around actually implementing this in Canvas has been more of a conversation of the last year and a half or so.”

In 2014, the LGBT Equity Center wrote a proposal to the University Senate to ease the way students update their personal information. University President Wallace Loh approved and signed it into policy in 2017, following some recommendations by the Equity, Diversity and Inclusion Committee in how the university records and changes personal identity information, particularly with names and sex and gender markers.

Instructure — the company that owns Canvas — released the feature in January, and it was adopted to accomplish some of the recommendations made as a result of the proposal, Sakurai said.

Sallah-Mohammed emphasized that while they were excited with the change in ELMS, there is much more that needs to be done before they can fully celebrate a shift to a more inclusive society.

“There’s a lot of social complexities that come with coming out as nonbinary,” they said. “So it can be extremely uncomfortable. And people might even feel unsafe.”

Marcio Oliveira, the assistant vice president for the Division of Information Technology, said his office worked with the Office of Diversity and Inclusion to identify a list of pronouns to include in ELMS. He said he hopes the enterprise resource planning project will create a more uniform method to collect student information.

SGA business representative Jaime Atilano met with Jack Blanchard, the university’s associate provost for enterprise resource planning, to discuss ways to create a more streamlined Student Information System that implements some of the recommendations made from the 2014 proposal.

While Atilano is excited with the new feature, they said there is a lot more to be done.

“For me, I’m personally celebrating the small wins, like yay, like, you know, that’s important,” Atilano said, “but at the same time, I’m also cognizant that it’s not over.”