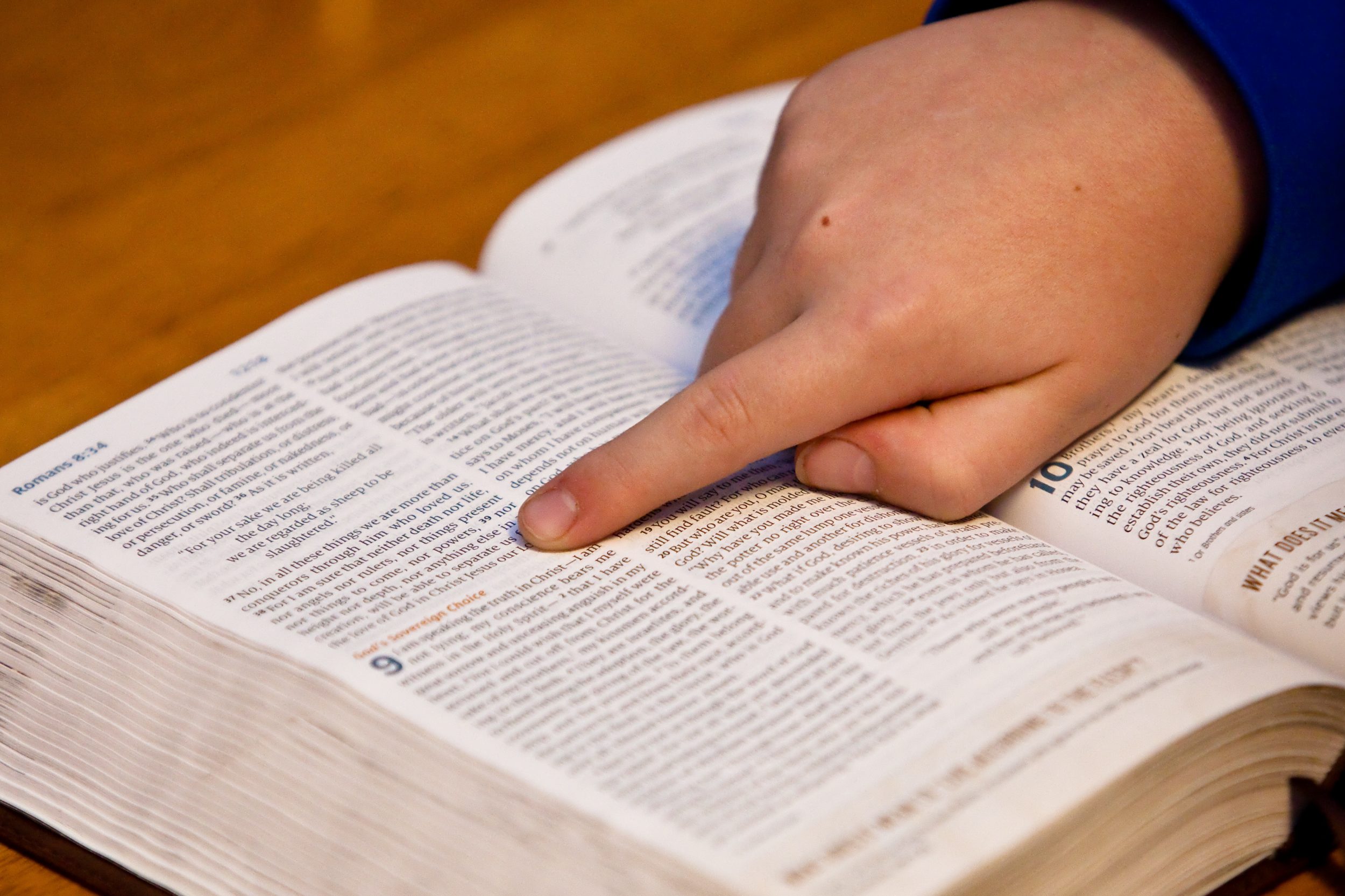 Someone pointing to a Bible passage. (Photo courtesy of PxHere)

Last week, a U.S. District Judge rightfully ruled against Christian private school Bethel Christian Academy, which claimed the state of Maryland violated its religious freedom after being excluded from a taxpayer-funded school voucher program. The state government pointed out Bethel failed to comply with the state’s strict nondiscrimination policy requirements, such as including protections for sexual orientation and gender identity. Judge Stephanie Gallagher wrote in her decision that “Bethel has not proven, with the present record, that the decision was made ‘solely’ based on its religious identity.”

The Trump administration has come to Bethel’s defense, arguing the Maryland government is targeting the school because of the school’s strongly held religious views. This case is a precursor to another currently being heard by the Supreme Court, which will focus on whether the Constitution requires religious schools to be included in taxpayer-funded programs.

Maryland’s law requiring schools to establish nondiscrimination policies does not restrict religious schools from teaching a faith-based education, and there’s no reason to frame it as such. It simply establishes that if they want to participate in government programs, they must obey the law. Just as welfare recipients must prove that they are drug-free in order to receive government benefits in at least 15 states, religious schools should have to prove that they are prejudice-free in order to receive taxpayer dollars.

Maryland tax dollars should not go to institutions that express views and hold policies that are in conflict with legitimate laws meant to defend citizens from unfair treatment. The safety of protected classes needs to extend to all institutions, and the state shouldn’t be obligated to fund any institution that doesn’t align with civic values.

As a private institution, Bethel has every right to teach their students whatever they want to. But the government should have no part in funding schools that hold bigoted views and refuse to protect their students from prejudice. It is time for the Maryland government and federal court system to declare that freedom of religion was never meant to mean freedom to discriminate.

Time and again, individuals and institutions hide behind religious doctrine to push prejudice and hateful views. In the past, religious freedom has been used as a shield to defend horrendous practices like racial segregation and to justify decades of anti-LGBT policy. A precedent cannot be set to justify regression.

And in the Bethel case, we see the oppressor playing the victim. The academy claims they are the victims of religious discrimination, but in reality, they are using their religion to justify hateful beliefs that would be considered unacceptable given any other non-religious explanation. The government should continue its efforts to ensure that tax dollars only go to institutions that follow necessary policies like Maryland’s anti-discrimination laws.