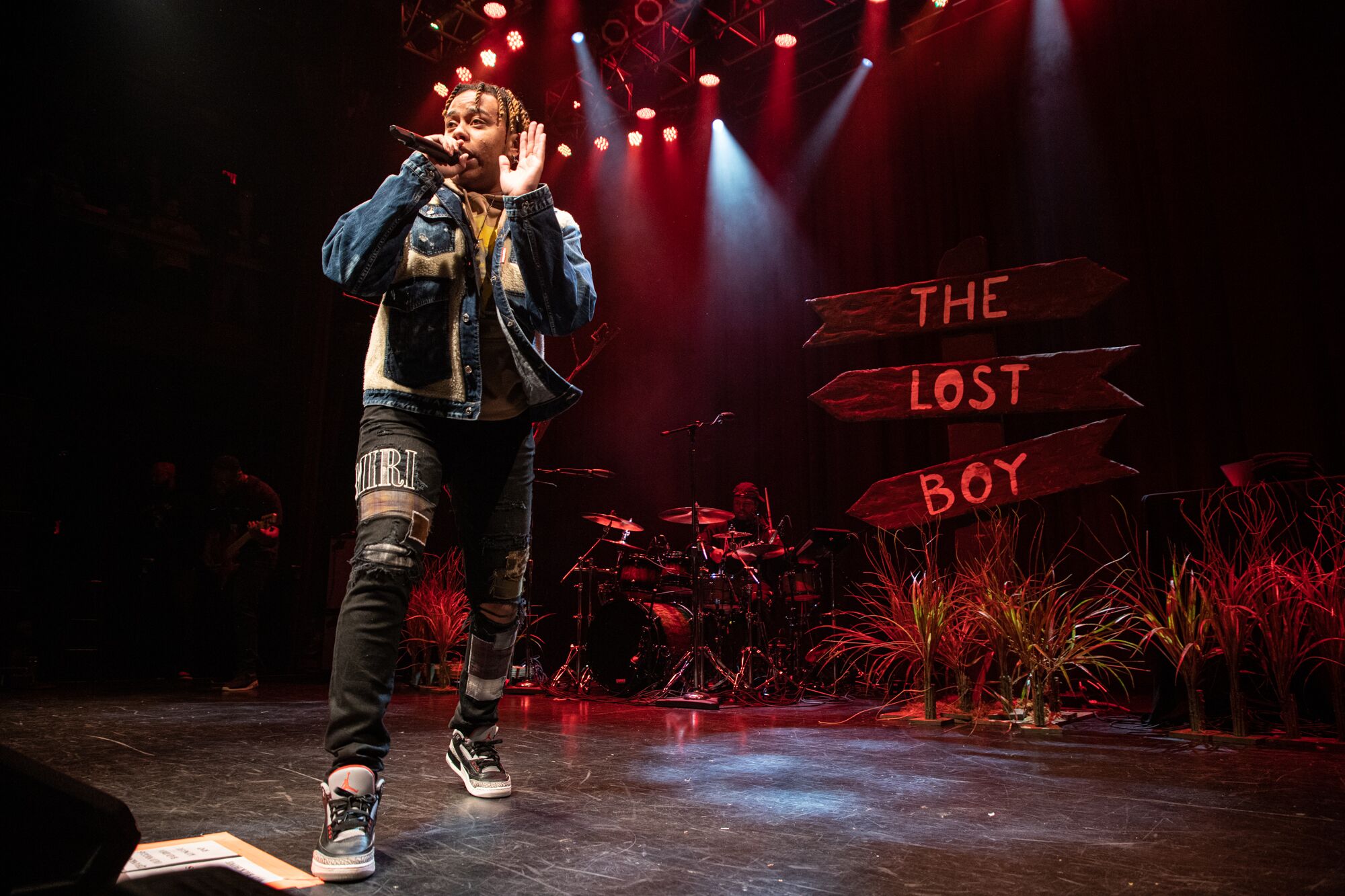 “Man, it feels good to be home,” were the first non-singing words the kid from Prince George’s County said to a sold-out crowd at The Fillmore in Silver Spring. Cordae Dunston, known to the music world as YBN Cordae, returned for his first headlining show in the DMV on Friday.

Cordae got his start working with the YBN collective, a group that began when two members, Jay Bradley (YBN Almighty Jay) and Nicholas Simmons (YBN Nahmir), met playing Grand Theft Auto V online. Cordae joined after, but he quickly made his mark as the eldest among the core three.

This Valentine’s Day show contained plenty of love; at one point he even mandated that everyone in the crowd turn to someone they know and give them a big hug. And for “RNP” — his hit song with Anderson .Paak — he brought up a young fan to rap the verses back and forth with him.

Perhaps you would know Cordae is young from looking at him — the 22-year-old has an extremely youthful face — but he runs his show like a veteran performer, even sipping tea between songs to preserve his voice. The set was also more intricate than expected, decorated with props from The Lost Boy album cover.

Rap concerts are so much better with live instrumentation, so I knew I was in for a treat when I saw the drum kit sitting on stage. That, plus the bass and keys, made each song feel more organic. Cordae even ended a few songs with a cappella renditions of the hook, showing off his surprisingly beautiful singing voice.

Cordae’s setlist included a mix of YBN collaborations and songs from his Grammy-nominated solo album, a project that has a wide range of moods. The solemn “Wintertime,” the lyrically dense “Lost & Found” and the mosh-pit inducing “Broke as Fuck” were all well-received.

One of the best moments of the night when Cordae performed his remix of the Dr. Dre-produced Eminem song “My Name Is.” Fans erupted into cheers as he finished his first verse with an all-time DMV lyric — “[I’m] the best thing from PG since Kevin Durant.”

While Cordae prefaced it by telling the crowd he didn’t want to get emotional, that was easier said than done during his cover of Juice WRLD’s “Lucid Dreams.” The Chicago MC, who passed away in December 2019, took Cordae on tour in 2018, and the two were extremely close.

In an era of hyper-criticism when it comes to young rappers making superficial and thoughtless music, YBN Cordae represents what is being done right and his show is a powerful example of that. He’s thoughtful, hard-working and, above all else, talented.

[Read more: Review: National Theatre’s ‘The King’s Speech’ is a performance for everyone]

“Despite it all, we remaining the same, I’m just changing the game / Heart pure, never tainted with fame,” he raps on “Bad Idea.”

This is just the beginning for the DMV-raised rapper and he knows it — swearing to the crowd that one day he’ll be performing at “that arena down the street,” seemingly referring to Capital One Arena. On a day where hearts are plastered everywhere, the crowd at The Fillmore on Feb. 14 was assured that Cordae’s will remain pure.