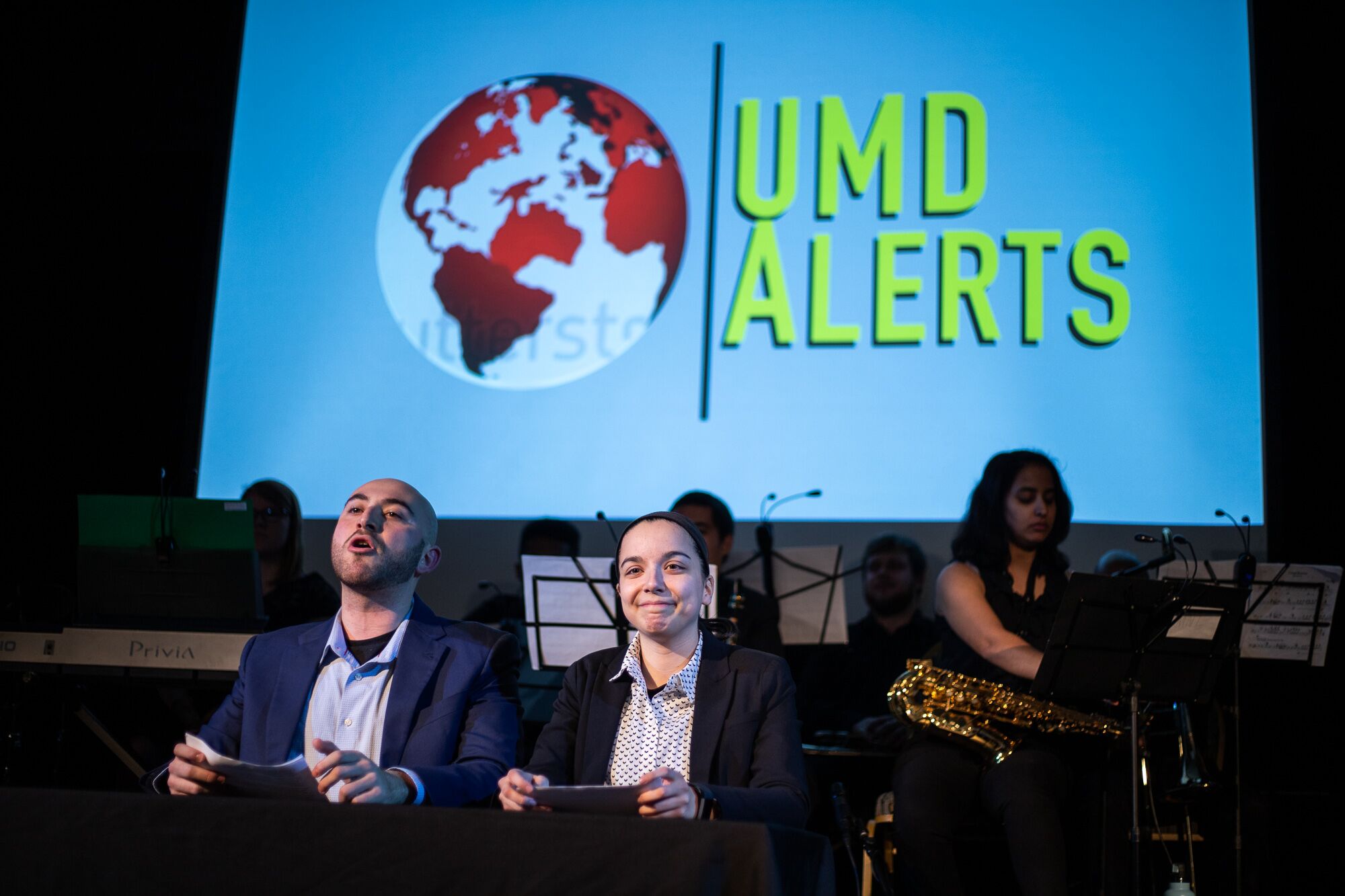 Maryland Night Live has returned for a fourth season, bringing hilarity, heart and a go-for-broke energy to the University of Maryland.

The comedy show played to a full house in Stamp Student Union’s Colony Ballroom on Saturday. With an audience ready to laugh, cheer — and even groan at the more subversive jokes — the cast and writing crew took the opportunity to go big.

After the silliness of the cold opening, in which a medieval village would rather risk amputation than stop making fun of a bald-headed knight, the show hit a number of different topics and styles.

The “Comcast Training” sketch saw a new employee deal with a Poltergeist scenario on the other end of his call, while “Oath of Featly” and the “Mulan Funeral Boner” sketch reveled in gleeful perversity. The funeral sketch in particular found a number of cast members breaking character, as an unfortunate funeral eulogy goes off the rails into a full-on ballad about hiding a certain male body part.

[Read more: Episode 18 of The Dive analyzes the best and worst on-screen kisses]

The show was also unafraid to play with the traditional structure of sketch shows. One sketch, about a class clown who finds himself suddenly recognized as a phenomenal educator despite his tendency for fart jokes, was reprised twice throughout the night, adding new twists and turns that heightened its ridiculousness. Meanwhile, other sketches such as “Subway Shakira” and “Clown Convention ” were short and sweet, clocking in at under a minute.

Throughout the night, host Sammy Garcia kept the energy high and made even the most one-note characters feel fleshed out. As co-founder and co-director of MNL, Garcia’s commitment was fully on display, whether that meant stripping during his host monologue, quick-changing between sketches or getting his actual hair cut during the final sketch of the night. Garcia was up for anything and bolstered sketches when they started to lag.

The musical performances of the night mostly consisted of mellowed-out interpretations of modern pop songs. Piano-and-vocal duo Fine Tune stripped back Lil Nas X’s “Panini” and Miley Cyrus’s “Wrecking Ball,” while Benny Roman played folksy versions of Cyndi Lauper’s “Girls Just Want to Have Fun” and The Beatles’s “And I Love Her” before finishing with an original song, “Hurt You.” Roman began his performance with an impassioned and impromptu speech, thanking the crowd and everyone involved in the show. Both musical performances brought genuine emotion that contrasted well with the irreverent tone of the sketches.

The highlight of the show had to be Sara Nahusenay’s stand up routine. In only five minutes, Nahusenay recounted her painfully funny first date at NYU with a boy who had an “offensive level of caucasity.” Nahusenay’s jokes about casually molesting cafeteria oranges and the sexual proclivities of “woke” boys came with laughs and number of groans, probably from those who weren’t expecting such naked honesty. The small details of Nahusenay’s routine, like trying to set the mood under a poster of Danny DeVito in a cramped dorm room, made the material seem painfully real and incredibly relatable. Nahusenay had the confidence of a stand-up pro, letting the punch lines ring out for maximum effect while still keeping the pace from drooping.

Major recognition should go to the crew and house band for keeping the transitions smooth throughout the show. With jazzy versions of everything from The B-52’s “Love Shack” and Stevie Wonder’s “Isn’t She Lovely” to Camila Cabello’s “Havana” and the theme to “The Pink Panther,” the house band was filled with solid musicians and kept the energy up throughout the entire night.

By the time the cast and crew came out for final bows, there had been eleven comedy sketches, two musical performances, a digital short, a host monologue, a stand-up routine and a “Weekend Update”-esque segment called “UMD Alerts.” The show was jam-packed with material, most of which killed as the performers played to a crowd that was ready to laugh at whatever was thrown at them. Comedy might be subjective, but the hits far outweighed the misses, and MNL continues to provide a highly entertaining platform for upstart comedians at the university.