Review: Dijon combines the strengths of soul music with a new-wave twist 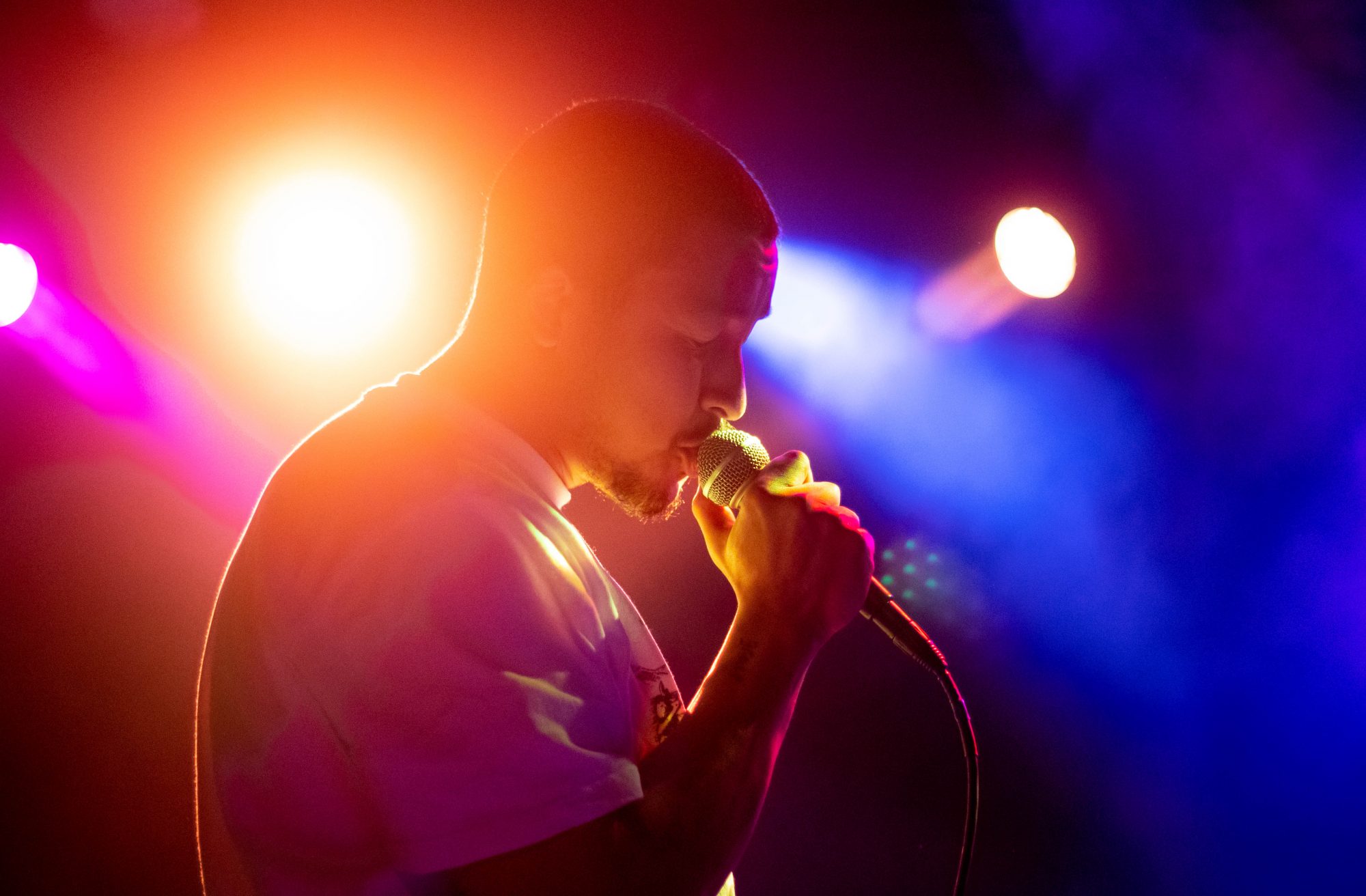 In a packed Union Stage on Friday, I overheard someone next to me saying how excited they were to indulge in some “new age R&B.” My accidental eavesdropping actually perfectly sums up Dijon’s music. As his set unfolded, I felt like I was experiencing a new realm of soul and bedroom pop.

Dijon kept his stage setup simple, performing under static, cool-toned spotlights. The blue and purple color scheme reflected the wistfulness of songs like “Good Luck” and allowed me to immerse myself into the music with minimal distraction.

The room bubbled with chatter in between songs, with an overall chill vibe encompassing the room. The noticeably young audience wasn’t afraid to crack jokes and engage in banter with Dijon. Someone shouted “Welcome home!” at the Baltimore native — even though we were in Washington, D.C. — before his first song of the night. Later, as he drank honey straight from a jar to soothe his vocal cords, an attendee challenged him to chug it. He laughed it off and called his challenger “very aggressive.”

At one point, a fan in the front row handed Dijon a rose, and he immediately incorporated the flower into his performance by picking the petals and sharing them with the crowd.

During the show, Dijon’s raspy vocals were so raw that the gravity of his emotion couldn’t be captured in a studio setting. At times, Dijon cooed into the microphone, almost as if he were crying.

He played some new songs throughout the hour-long set, offering a peek at his next album, How Do You Feel About Getting Married. These tracks continued to prove his genre-bending ways with a new-wave sound that was paired with drawn-out country guitar chords.

One new untitled song had a unique blend of pop-punk, country and soul. Dijon showed off this country influence with a white graphic T-shirt that said “Cowboys” in chunky black text, and his guitarist Noah Le Gros accompanied him in a cowboy hat.

Fans supported the whole set with fervor, but the crowd erupted with extra elation when he started to play “Skin.” The artist’s top hit on Spotify had a much more mellow, stripped-down feeling live in comparison to the recording.

Most of the audience was able to sing along for the whole show — except for when he performed his unreleased music — but even then, there was a feeling of unity that connected everyone in the room.

Standing in the crowd, my heart swelled to see how far music has come. While listening to his songs, I couldn’t help but notice the bedroom pop melded with the subtle R&B influence of artists like Frank Ocean.

The blend of electronic sound and his longing voice takes the best of each genre and puts it together — the smooth blend of flavors his name reflects.