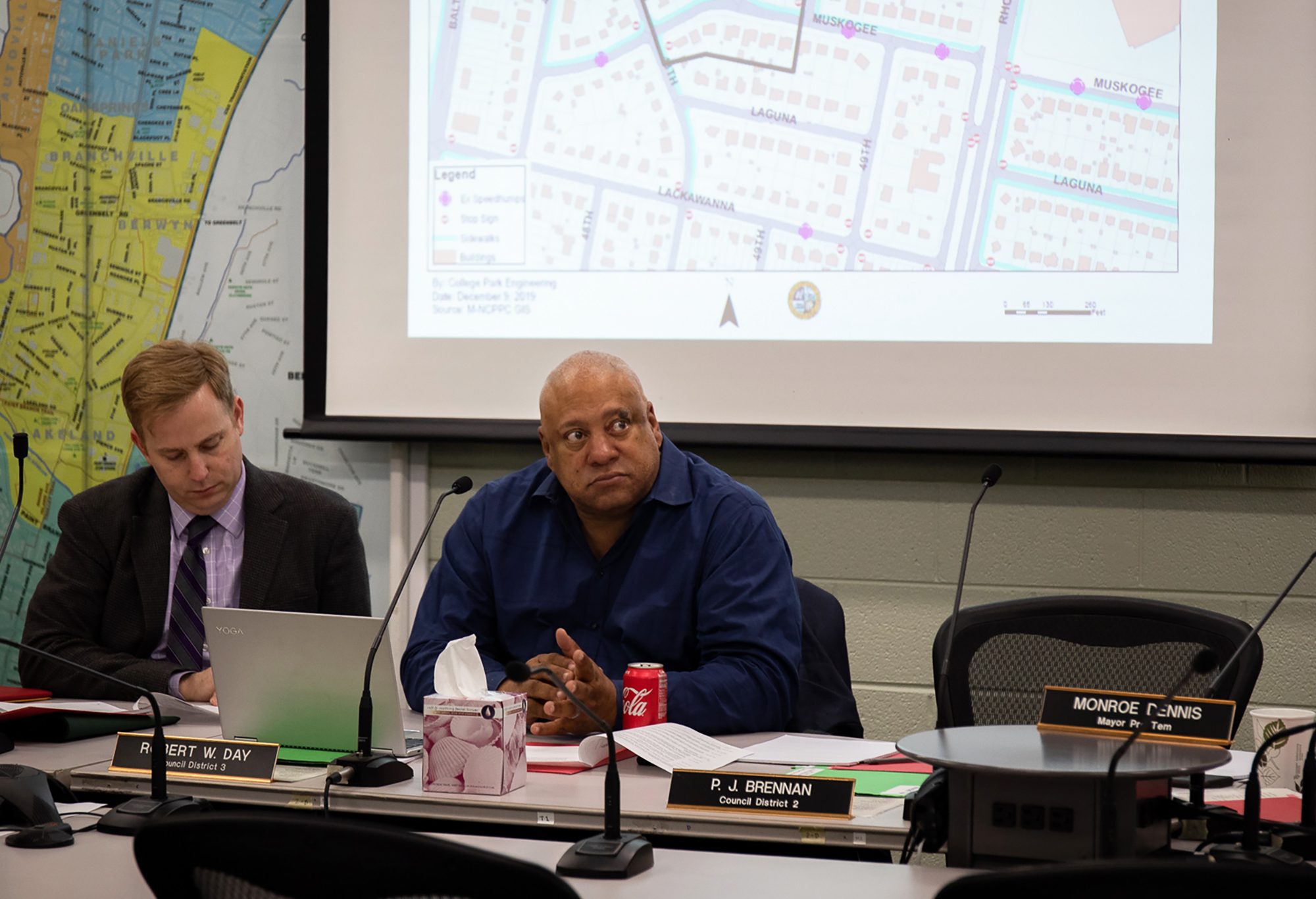 College Park City Council member Robert Day created a motion on Feb. 11, 2020 allowing the council to send a letter to the Maryland legislature in support of SB606 and HB917, which would amend the state's definition of a hate crime. (Suze Creedon/The Diamondback)

The College Park City Council decided to send a letter of support to Maryland’s General Assembly Tuesday night for two state bills that would modify the state’s hate crime statute — making it include offenses committed partly because of hate.

The companion bills were proposed to the state’s House and Senate in response to the trial of Sean Urbanski, a former University of Maryland student. In December, Urbanski was found guilty of the May 2017 murder of black Bowie State University student 2nd Lt. Richard Collins on this university’s campus, but was not convicted of a hate crime.

“When we have our voice heard by the General Assembly — as a city — they know that that represents not just me as an individual, or a council as individuals,” Wojahn said. “We are representing the community.”

The letter will be accepted as testimony and considered when the bill is voted on, Wojahn said.

District 3 councilman Robert Day, who created the motion allowing the council to send the letter to the state, said the legislation isn’t just a state issue, but a personal one, considering that Collins was killed in College Park.

According to Day, the drop of the hate crime charge in Urbanski’s case is an example of people using “holes in the law,” which Day said he is glad the state has found a way to close.

“I hope it gets passed, and I’m pretty sure it will,” Day said. “Because discrimination and racial bias, or any type of bias against somebody in our community, is not accepted. And we stand up for that.”

During Urbanski’s trial in December, the defense said it was “utter speculation” that the former University of Maryland student killed Collins because of his race.

The night of the murder, Urbanski had approached Collins, who was standing with two others, and brandished a pocket knife. Urbanski said to the group that they should “step left,” and witnesses said Collins told him “no” before Urbanski plunged the knife into his chest.

Urbanski’s attorneys argued their client’s drunkenness, and the fact that Collins stood up to him, could have played a role in the killing. Prosecutors, meanwhile, said Urbanski killed Collins because he was black, pointing to racist memes found on his cell phone.

District 3 councilman John Rigg said it’s important that the city takes advantage of opportunities to speak out against “hate action,” and Collins’ murder is a reason for them to do so.

“The Richard Collins slaying happened in the city of College Park. He was a resident of Prince George’s County who was visiting our city,” Rigg said, adding the city has a chance to make an impact. “We’re a big enough political entity in the state that people tend to notice.”