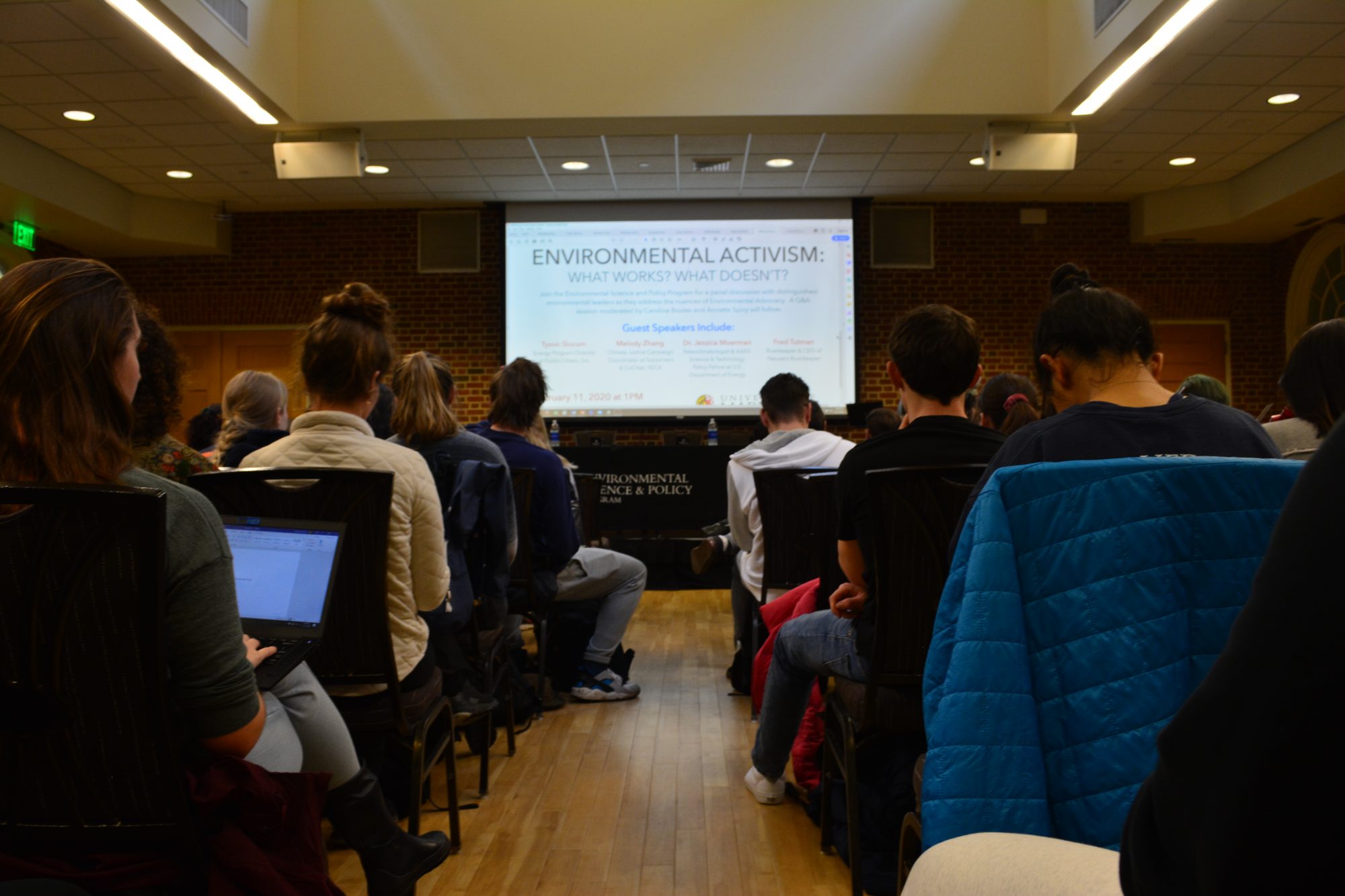 By Kyle Heflinger
For The Diamondback

“For the first time in human history, we actually have the power to halt the changes,” said Jessica Moerman, a paleoclimatologist who studies past climates and how they changed throughout history. “The time is now. We can act.”

Moerman spoke during the “Environmental Activism: What works? What doesn’t?” discussion, hosted by the environmental science and policy program.

Paleoclimatologists study changes in the climate by analyzing geologic records, according to the National Oceanic and Atmospheric Administration.

Moerman said today’s climate is unlike anything experienced in the planet’s history, describing natural “culprits” — such as asteroids, sun cycles and volcanic activity — to blame for previous changes in climate. Now, she says human activity is to blame for the change.

“This is not natural,” Moerman said. “The global warming that we see is caused by carbon dioxide that is emitted from where we get our fuels.”

But, Moerman said there is a “buffet of options” to combat climate change.

“The most effective solution is…finding the one that you, as an individual, wants to do…feels motivated to do,” Moerman said. “With that, then take the next step further and talk about it with your friends.”

Fred Tutman, founder of Patuxent Riverkeeper, discussed the implications of race and activism. As a professional riverkeeper, Tutman works to conserve the Patuxent, Maryland’s largest river completely within the state.

“Frame your issues in the context of the problem the community is trying to solve,” Tutman said. “The workmanship belongs to the community. The drivers of the work are the community.”

Melody Zhang — a writer for Sojourners, a progressive magazine — and Tyson Slocum, director of the energy program for nonprofit advocacy group Public Citizen, made up the rest of the panel.

Although all four speakers share interests in the conservation of the environment, they differ in backgrounds. Both Moerman and Zhang referenced their religious convictions.

“This is my first time going to a panel that was heavily faith-based,” said Baindu Idriss, a senior environmental science and policy major. “I thought that was interesting.”

Annette Spivy, a lecturer in the university’s environmental science and policy department and an organizer of the event, said she was “blown away” by the panel. She cited current political discourse and divisiveness as inspiration to hold the discussion.

“With the current political atmosphere, people are uncomfortable to talk about [climate change], and afraid of stirring things up,” Moerman said. “What I’ve found… when I talk about it, it’s actually something that sparks people’s interest and brings people together.”