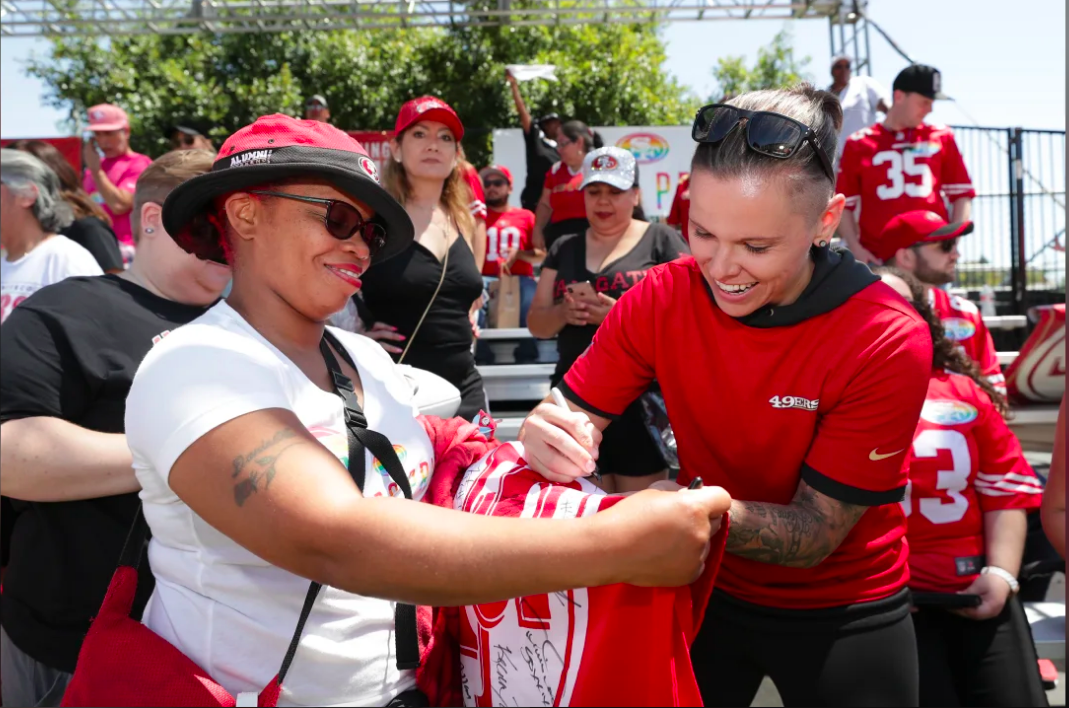 The University of Maryland’s football program is not, by any measure, what I would call great. Even before addressing years of continued heartbreak on the field (the last time we had a winning record was 2014), a negative culture clearly extended off the field due to the abusive behaviors of former coach DJ Durkin and strength and conditioning coach Rick Court.

The toxic culture that preceded offensive lineman Jordan McNair’s death forced certain hiring shifts — there is no doubt that coach Mike Locksley was brought in for a culture reboot. And while the football team is on a journey to find itself, hiring a female coach could breathe new life into the team. Placing women in high-profile positions brings new perspective to team leadership, and breaks down barriers in terms of sports accessibility.

Professional sports leagues such as the NFL and the MLB have already started hiring women to top staff roles. Katie Sowers, an offensive assistant coach for the San Francisco 49ers, is both the first woman and the first openly gay person to coach at a Super Bowl. Callie Brownson is the NFL’s first female chief of staff, working for the Cleveland Browns. Alyssa Nakken will serve as an assistant coach for the San Francisco Giants as the first woman to hold a coaching position in the MLB.

Placing women in coaching and leadership positions not only allows for team morale and new insight in game strategy, but creates a platform where girls can see themselves represented in a male-dominated sport. Their presence is crucial to show that women and other marginalized groups can use their passion for sports as a viable career option.

It’s clear these women have what it takes to work at the professional level in these sports. If they’re good enough for the major leagues, women can be more than qualified to work in top-grossing, overwhelmingly male NCAA sports such as basketball and football.

While men who played collegiate sports may have the chance to make a career of athletics, their female counterparts don’t always have that same opportunity due to a lack of prominence in women’s professional sports leagues. Increasing female coaching staff at both the collegiate and professional levels gives women a greater chance to translate their athletic knowledge and abilities into a career.

It’s still too early to see what kind of changes Sowers, Brownson and the handful of other women hired to major league teams will bring to their respective organizations. But their hiring is a win for representation and equality in and of itself. By getting their foot in the door, they get to help their teams thrive — and show the world that women can have a positive impact in the male-dominated sports realm.

If this university’s football team really wants to make meaningful changes to both its culture and its record, elevating women to senior staff positions could be the way to go. For a team that’s been through so much, there’s a first time for everything — and there’s nothing to lose.