Media coverage of migrants ignores the most critical stories 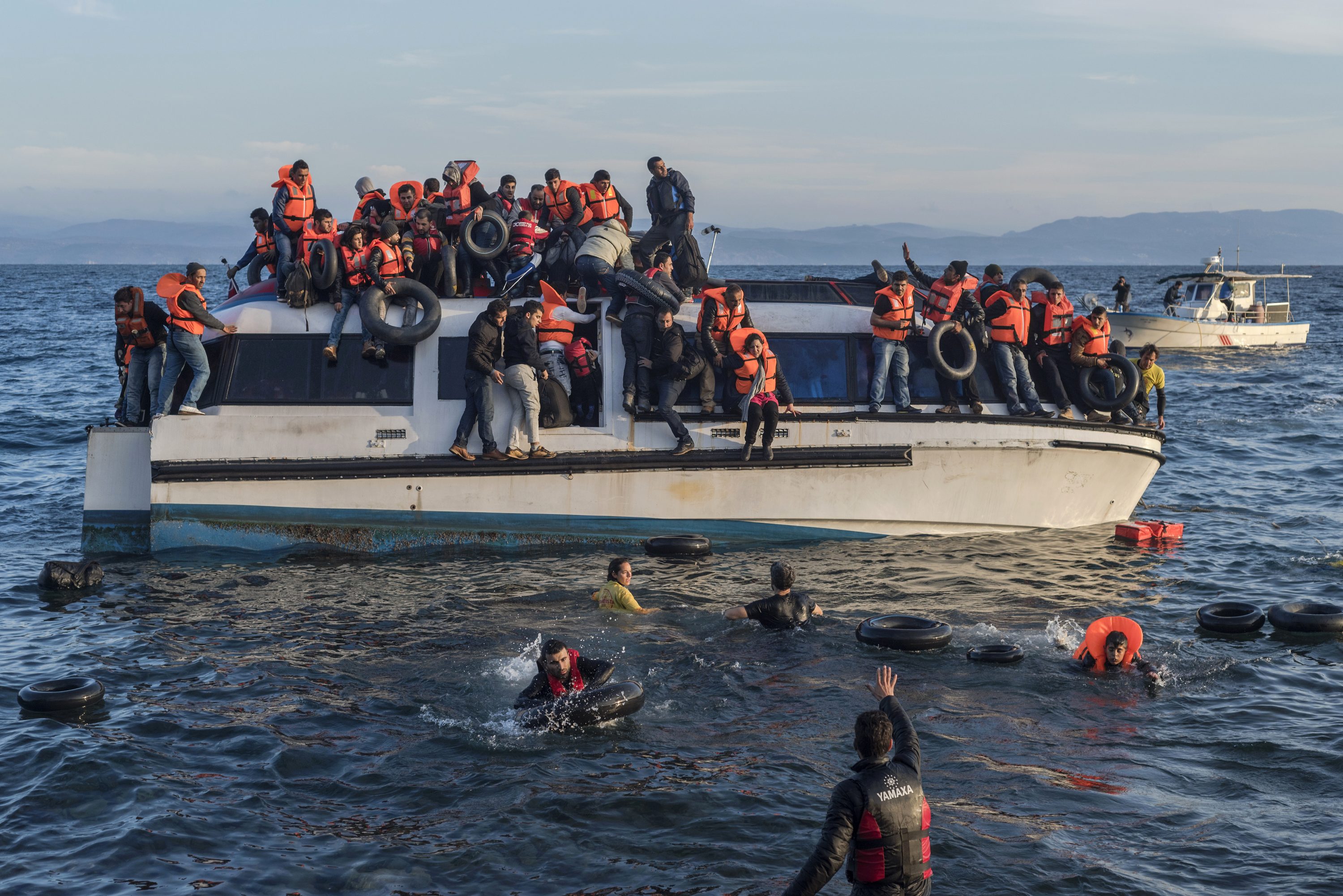 Immigrants from Syria and Iraq arriving in Lesvos, Greece. (Photo courtesy of Ggia)

When people ask me about my time working in Lesvos, the first question I often hear is, “Are people still coming?” I don’t blame people for not knowing that not only are migrants still coming, but over the summer, the simultaneous arrivals rose to levels unseen since 2016. And many people rightfully point out they haven’t seen any recent news coverage of the issue compared to the media blitz of 2015 and 2016.

Recently, however, I’ve personally witnessed a return of journalists — who mainly come to document landings and the misery of Moria, a refugee camp meant for 3,000 where about 19,000 people are trapped — to the island of Lesvos. And while the stories journalists come to tell are vital, my colleagues and I, who were working as members of an emergency response team, increasingly grew frustrated with the media’s tendency to compete to gather the ugliest stories of migration for the consumption of those who likely live in countries perpetuating the injustices migrants face at every step of their journey.

As migration becomes a bigger global issue, everyone must critically examine how the conversation around it is shaped by the way migrant stories are packaged — in a way that seems to both exploit migrating people for their pain and absolve us from any kind of responsibility so long as we feel bad for them. This taking of stories to raise awareness of the “refugee crisis,” often paints this crisis as the result of mass migration rather than as the result of European policies that strip migrants of their human rights before, at, and beyond the border.

Not all publicity is good publicity. Especially when it concerns humanitarian crises, the narratives we construct about vulnerable people matter much more than any temporary awareness we can achieve by publicizing any and all coverage of their plight.

While on Lesvos this winter, I met a group of “activist journalists” who were coming to the island for a few days, entering Moria, and walking up to people randomly to ask them about their stories so they could publish them on Facebook as “tales from the refugee crisis.”

This is damaging on many levels. First of all, I could go on for ages about how Moria is hell on earth, and how people who have no reason to be there shouldn’t be parading around to ogle at the misery human beings are forced to live in. Additionally, there’s something inherently violating about walking up to someone and asking for a personal story about their pain.

In the transit facility I worked in, some migrants thought that just because I wore a flimsy white vest, I worked for the United Nations High Commissioner for Refugees or even for the government. My status as an outsider, especially one providing food and clothing, created a power dynamic where migrants came up to me to ask what would happen to them, or how they could apply for asylum and then move to other European countries.

This is the most glaring example of encountering problematic media representation that I had in my time on Lesvos, which is more of a rule than an exception. Everyone was falling over themselves to interview people living in Moria, but few framed the issues in the camp and on the island as symptoms of overcrowding that are worsened by the EU-Turkey Deal and the Dublin III Regulation, which force individuals to spend years in the camp before and while their asylum is processed.

So how can we, as consumers, demand better from our media? In the words of Fatima, a Nigerian asylee in Italy, “don’t just come and ask me questions or sell my story or sell my voice; we need a change.”

Migrants are the ones who should be first in line for telling their own stories, not outsiders. Media should seek to elevate their voices when possible, and if not, reporters better be damn careful of the narratives they perpetuate when relaying the stories migrants trust them with to a commercial audience. And as consumers, we need to question the narratives of migration we’re presented with and demand coverage that doesn’t take advantage of migrants or treat their pain as an isolated phenomenon.

Feeling sad when we see gruesome images or stories isn’t enough. After all, journalists leave, and we consumers move on to the next tragedy — but migrants stuck in places such as Lesvos carry and confront their tragedies long after they vanish from the headlines.