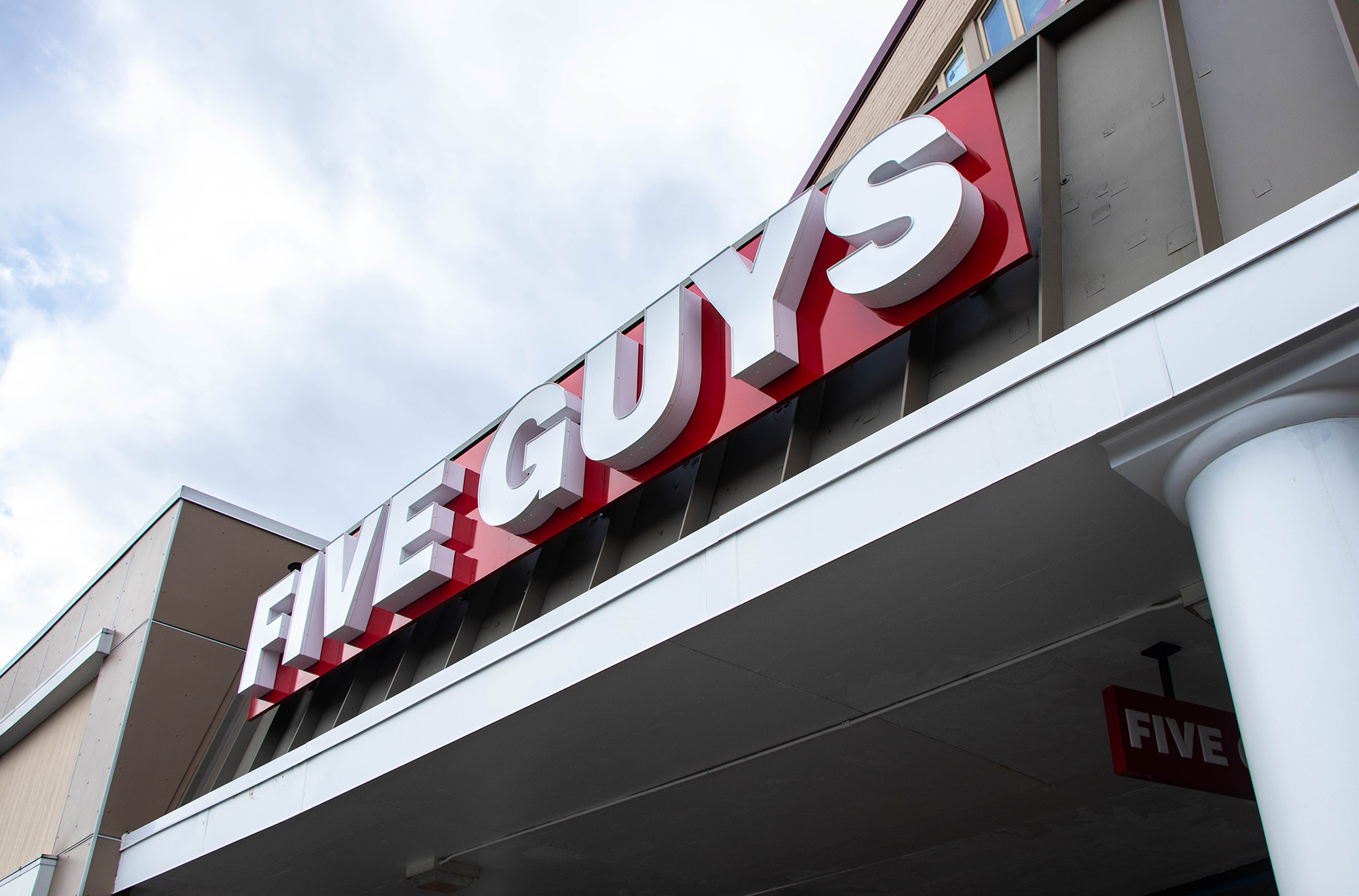 Almost two years after the Five Guys location along Route 1 closed its doors, the fast-casual burger shop is back — this time, wedged between the Starbucks and Cava in the College Park Shopping Center.

Although the restaurant has yet to open, and its windows are still blocked off from view by brown sheet paper, seeing the sign stacked above the shop’s storefront has already generated excitement among some University of Maryland students.

Alexi Tzamaras, a junior fire protection engineering major, said his friend had just been talking about how he could really go for a burger. With the closest Five Guys located about a ten minute drive from campus and the shuttering of Bobby’s Burger Palace over the summer, though, there has been a definite dearth of burger joints in College Park lately.

“It’s kinda nice to have [Five Guys] back,” Tzamaras said.

Ryan Bramble, a junior kinesiology major, is looking forward to Five Guys’ return. He has a gluten allergy, he said, and the chain cooks its fries in a dedicated gluten-free fryer. It’ll be nice to have more food options in the city, he said.

Alison Stockman is also eagerly awaiting the restaurant’s grand opening. Her go-to order there is a cheeseburger, she said, but she doesn’t usually get fries unless she’s with friends — a “little” order at the shop could feed two or three people, she said.

At $10, a hamburger and regular order of fries at Five Guys is quite a bit more expensive than the same order at McDonalds or Burger King. However, Stockman still expressed anticipation for the splash of diversity the restaurant will bring to the city’s food offerings.

“It’s just nice to have some variety in the myriad of pizza places,” she said. “Personally, I’m a fan, so I’m excited, but I’d guess other people are too.”