Review: Turnover brought the groove, funk and spunk to a crowd in need of some warmth 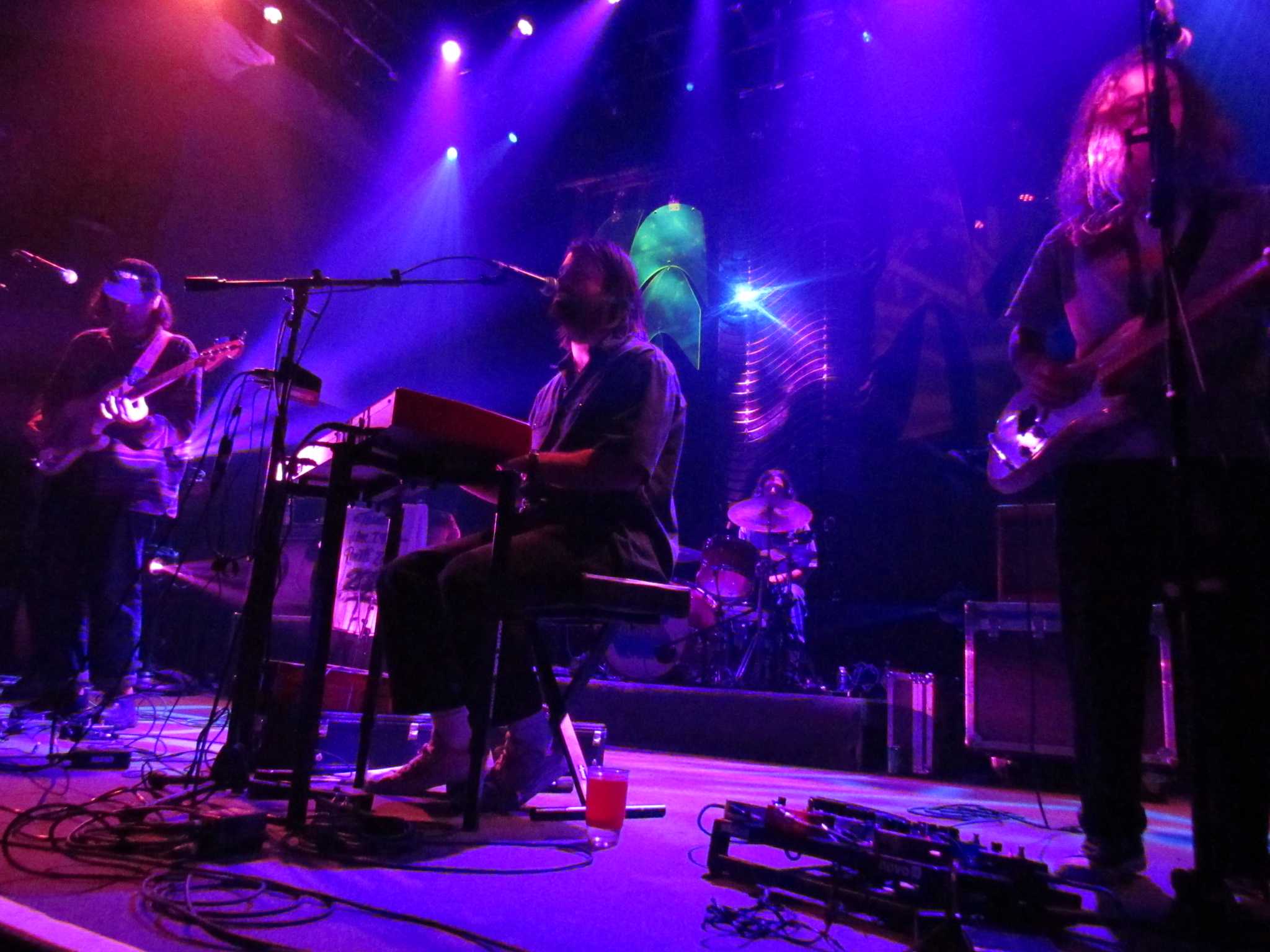 Turnover performed at the 9:30 Club on Dec. 19. (Joy Saha/For The Dimaondback)

The weather outside was frightful — the wind and cold were bone-chilling — but watching Turnover play their last venue of the year Thursday night was oh-so-delightful.

At the 9:30 Club in Washington, D.C., eager and bustling concertgoers arrived in layers of thick sweaters and heavy coats that were peeled off throughout the night as they grooved to quality indie rock jams.

Turnover, which currently consists of band members Austin Getz, Casey Getz and Danny Dempsey, took center stage around 10 p.m. Despite the evening nearing its end, the energy and anticipation within the spacious yet intimate venue only grew stronger. Couples, singles, groups of indie-rock hipsters and stereotypical TikTok e-boys and e-girls were all united by their shared love for this local band.

As I enjoyed my VIP status for the night and munched on an extra cheesy quesadilla in the balcony, I observed a swarm of fans below dancing feverishly and heard random bursts of high-pitched screams and fervent cheers.

Although the band’s lead singer, Austin Getz, was feeling a bit under the weather, he still managed to deliver top-notch quality vocals and a memorable performance. Throughout the night, Getz alternated between playing the keyboard and guitar, while his bandmates provided groovy instrumentals on the bass, guitar and drums.

Turnover’s performance was not only sonically pleasing but incredibly aesthetically pleasing as well. Each song was supplemented with an elaborate assortment of show-stopping stage and background lights, many of which changed colors with the beat of the song.

Paired with the music, the visuals were undeniably entrancing and captivating. The lights provided a pop of color and a bit of jubilance to the whole scene, twinkling in the back and flashing across the stage and crowd. My inferior quality camera and my phone were not able to capture just how breathtaking the whole stage was, but I’m sure the entire venue would have made a hopeless hipster jump with joy — if they weren’t already doing so while listening to the live music.

Prior to last night’s concert, I considered myself a devoted Turnover fan. However, after witnessing the immense dedication of so many fans in the District, I have to demote my fan status quite a bit.

Regardless, I have a great appreciation for this band and I’m forever in awe of their lyricism and style of music. I’ve been listening to their new album, Altogether, on repeat for the past month and a half, and their music has helped me, somehow, get through this long and excruciating semester. Hearing them perform multiple songs from the new album and being able to sing along with an enormous crowd felt absolutely exhilarating.

I’m not sure when I’ll be able to see Turnover in concert again, but I know when I do get that second chance, I’ll be in for a treat that will bless both my ears and eyes.