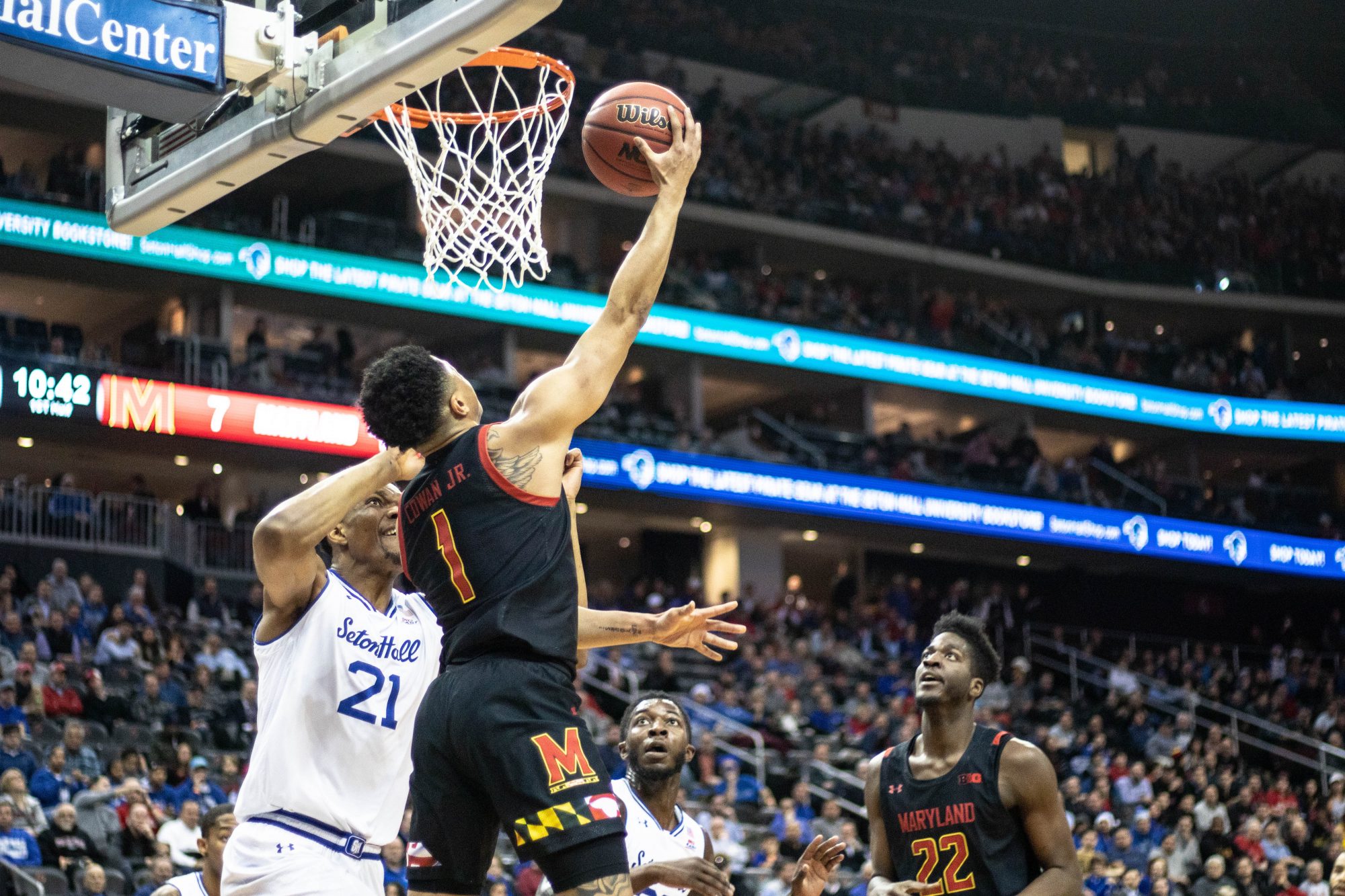 After a second consecutive loss, Maryland men’s basketball fell from No. 7 to No. 13 in the latest AP top-25 poll released Monday.

The Terps’ offensive inconsistencies were exposed against Penn State on Dec. 10, leading to a court-storming, seven-point upset in State College for their first loss of the season. And despite a nine-day gap, those same issues were present in Newark, New Jersey, against Seton Hall.

Maryland shot 27 percent from the field and just 29 percent from two-point range, failing to reach the 50-point threshold for the first time since 2013 in the 52-48 loss. Coach Mark Turgeon’s team ranked as high as No. 3 before the Nittany Lions knocked them off.

After Thursday’s road loss to the Pirates, Turgeon said there was a lack of confidence in some of his shooters. Guard Anthony Cowan led his team in scoring with 16 points, and only guard Aaron Wiggins and forward Jalen Smith joined him in double figures.

But there’s been a regression from last year for multiple shooters. Wiggins shot 41.3 percent from beyond the arc in 2018-19 but is hitting at a 29.4 percent clip this season. And guard Eric Ayala converted 40.6 percent of his triples last year, yet he’s seen that drop to 25 percent so far this campaign.

Smith hasn’t looked as comfortable playing the five this season despite notching seven double-doubles, missing another big man — such as Bruno Fernando, who now plays in the NBA — to split the defense’s attention.

And while increased depth was an early-season talking point, Maryland’s top five scorers have accounted for about 80 percent of the team’s points this year — a near-exact rate to last season.

After former No. 1 Kansas lost to Villanova and then-No. 5 Ohio State held off then-No. 6 Kentucky, more movement near the top of the poll occurred this week. The Jayhawks slipped to No. 5, the Buckeyes moved to No. 2 and Gonzaga is the new top-ranked team.