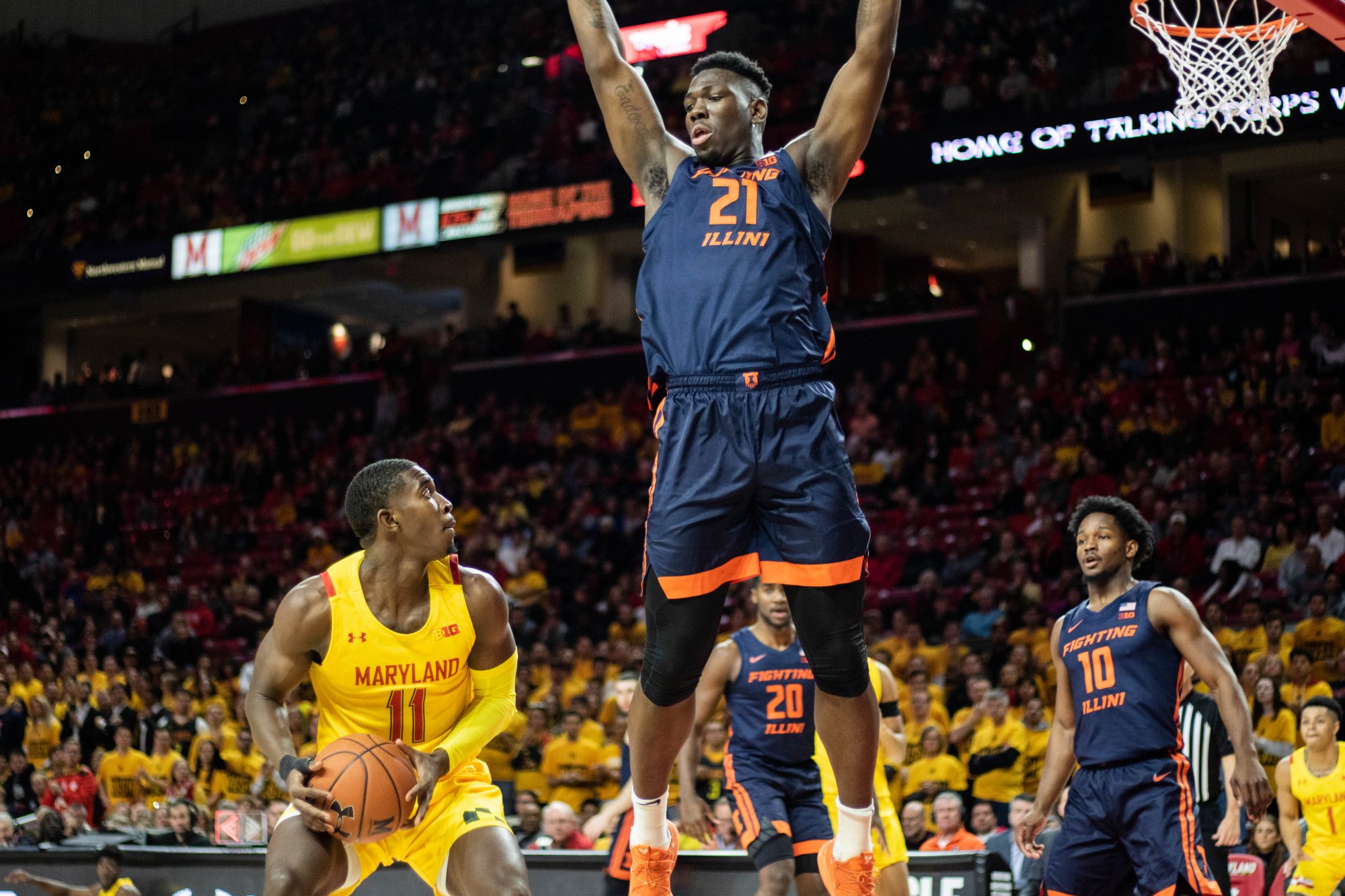 Guard Darryl Morsell draws an Illinois defender into the air with a pump fake during Maryland men's basketball's 59-58 win over the Fighting Illini on Dec. 7, 2019. (Julia Nikhinson/The Diamondback)

After eking out a one-point win over Illinois on Saturday, Maryland men’s basketball dropped one spot to No. 4 in the latest AP poll released Monday. Ohio State, another undefeated Big Ten squad, took over the No. 3 slot after convincing victories over North Carolina and Penn State.

The Terps are 10-0 for the first time since the 1998-99 season and will face their next test Tuesday night against the Nittany Lions. Coach Mark Turgeon’s team is one of four Big Ten teams ranked, along with the Buckeyes, No. 5 Michigan and No. 16 Michigan State.

[Read more: “We gotta be better”: Maryland men’s basketball looks to learn from lackluster first half]

While Maryland struggled in its Big Ten opener, Ohio State had no trouble with Penn State in a 106-74 result. Forward Kaleb Wesson, who’s averaging 14.1 points per game, broke out for 28 points in that demolition. Before that win, the Buckeyes dispatched the Tar Heels, 74-49. As a result, Ohio State rose three spots, dropping the Wolverines and Terps down one each.

Louisville and Kansas are still Nos. 1 and 2, respectively.