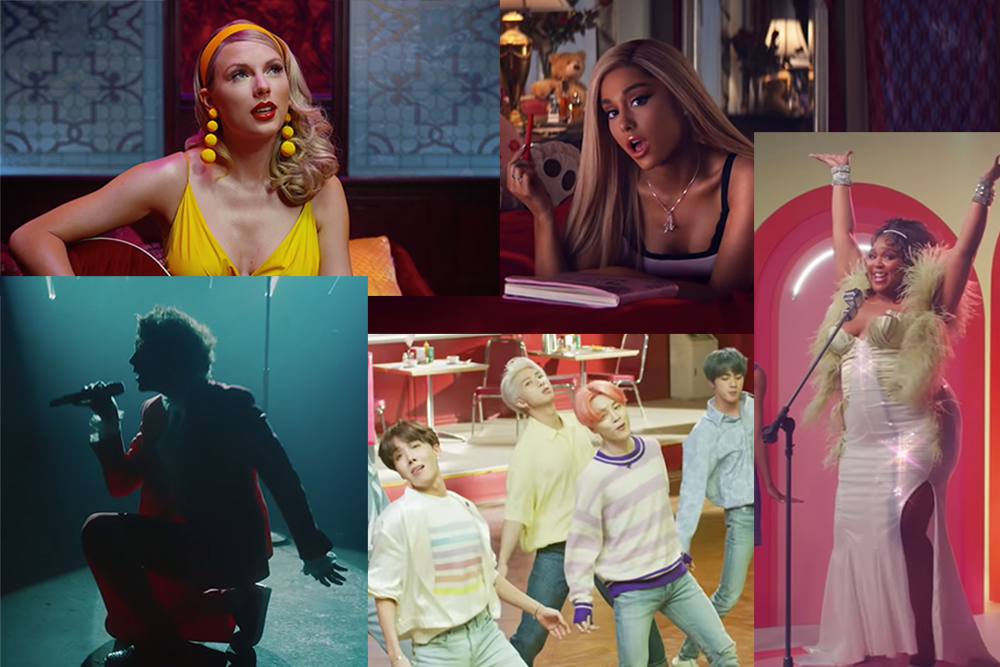 'Lover' by Taylor Swift, 'Cuz I Love You' by Lizzo and 'thank u, next' by Ariana Grande are among The Diamondback's best albums of 2019 (Photos via YouTube).

Cuz I Love You – Lizzo

Lizzo is undeniably one of the biggest breakout stars of the year, thanks to her smash hits “Truth Hurts” and “Good as Hell.” However, she has so many more songs from her album Cuz I Love You that locals on the radio haven’t even heard yet.

The album, like the rest of Lizzo’s discography, inspires an unapologetic, unqualified sense of self-love. When Lizzo sings about being her own “Soulmate” at the top of her lungs, you can’t help but sing the same to yourself.

Three of the songs in my Spotify Wrapped top 10 of the year were from CILY (“Like a Girl,” “Juice” and “Tempo,” featuring Missy Elliott), so that should be enough to show how great the album is. Whether you need to be in your feels (“Jerome”) or lip-sync the house down (“Like a Girl”), CILY has got you covered.

Lover, one of the most talked-about and iconic albums of 2019, definitely deserves a spot on this list. Taylor Swift’s 18-track record is a complete turnaround from 2017’s reputation in both sound and visuals. The album ranges from bright pop anthems such as “ME!” and “You Need to Calm Down,” to quiet vulnerable ballads such as “The Archer” and “Soon You’ll Get Better.”

Swift also sprinkled in some messages about the world we live in, calling out sexism in the music industry in “The Man,” and referencing political disillusionment in “Miss Americana & The Heartbreak Prince.”

Lover isn’t just about one feeling, one situation or one story. It broadcasts all the complex emotions you can feel when you love someone, whether that’s confidence, insecurity, desperation or just pure happiness. It also asserts that you can love anyone deeply — whether that’s a partner, a parent or yourself.

Map of the Soul: Persona – BTS

With an EP as eclectic as Map of the Soul: Persona, the best way to label the work is “lyrical.” Based on Carl Jung’s theory of the human psyche, the lyrics feel deeply personal and existential, translated into serenades, R&B tracks and fast-paced raps.

The listener doesn’t need to be fluent in Korean to understand BTS’ message, because they have likely experienced it. The success of BTS proves that music is a universal language. And Persona reminds us that so is love, identity and the desire of belonging.

thank u, next – Ariana Grande

No questions about it, 2019 was The Year of Ariana Grande because thank u, next colored our perceptions of love, life, friendship and being a baddie. This album is a pop masterpiece — each song an earworm, and each lyric a deeply personal and relatable tidbit from Grande’s experiences.

Grande went through a lot of heartbreaking shit in the lead-up to this album (just Google it if you somehow don’t know) and she took us on her journey of processing that pain through this perfect pink package. I’ve had thank u, next on repeat since it dropped in February — seriously, I listened to 149 hours of Ariana Grande this year, according to Spotify Wrapped. If Grande’s music is the universe, I’ll be N-A-S-A.

My Name Is Michael Holbrook – MIKA

MIKA’s My Name Is Michael Holbrook is everything I want in an album — it’s sad, but it sounds happy. It’s the perfect combination of sugary pop hits (i.e., “Ice Cream”) and vulnerable, reflective songs. It ends with a cinematic reprise. And it’s a deeply intimate look at an artist who’s been in the public eye for a long time.

The thread that ties the whole album together — the repetition of “My name is Michael Holbrook / I was born in 1983″ — introduces MIKA in a more personal way than we’ve ever heard. He’s spent the last four years becoming the man he’s always been, and now he’s introducing himself to the world.