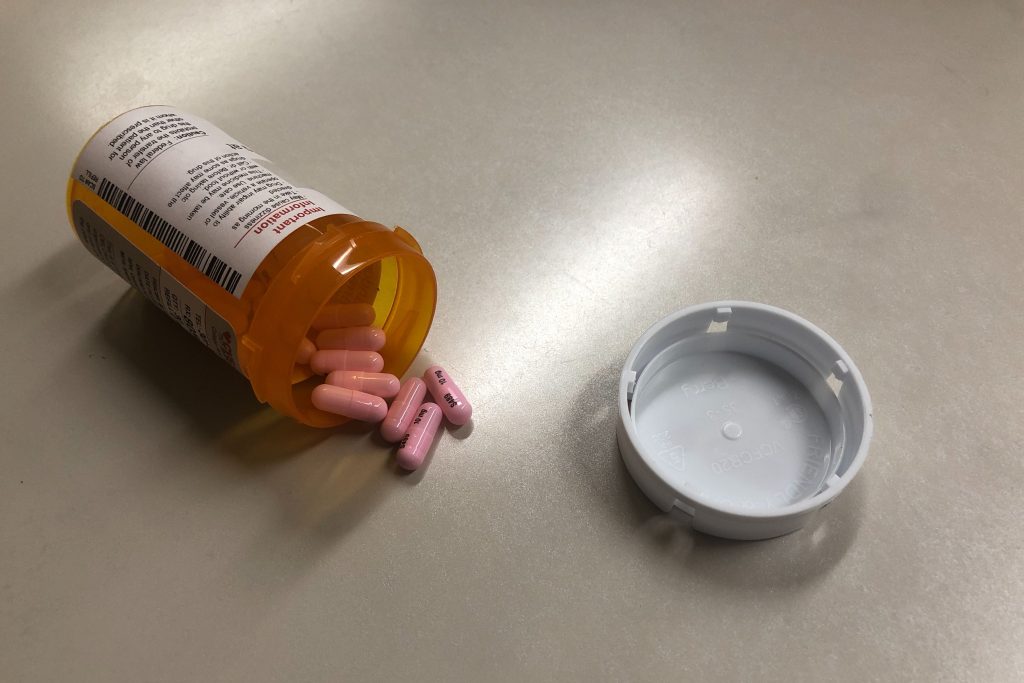 Stimulant medications, such as the capsules of Vyvanse pictured here, are known to many as “study drugs” because they help users focus and stay awake for long hours. (Allison O’Reilly/For The Diamondback)

Ah, the sweet cries of desperation and the lingering smell of stale coffee that fills the hallways of McKeldin Library and wafts throughout every residential building. It can only mean one thing: Finals are upon us.

There are so many things that make this week so intensely stressful — professors who don’t seem to understand the concept of a student having to put effort into any other classes, looming project deadlines,  exams that fall on the same day and the pressure of finishing everything in time to leave for the holidays.

It’s a beautiful representation of the college experience that renders students walking pressure cookers full of garbage and energy drinks, on the verge of exploding at any given time. As the shells of people, anything to alleviate the pressure of so much work on such a tight deadline sounds appealing.

As a result, student abuse of drugs like Adderall or Vyvanse has become as much a part of finals as wearing the same pair of pants for four days straight. Am I a cop here to tell you what you should and should not ingest? God, no. But here are some alternatives in case you want to mix things up this year.

[Read more: Can I have a crumb of empathy, please?]

1. Work out or something?? (Hahahhaha)

I played sports in high school because it wasn’t considered cool to do theatre, and I lived with the crushing weight of wanting to fit in. I was awful at every single one and hated it, but I had abs! Anyways, some medically authorized people suggest that exercise can have positive benefits such as releasing stress-relieving hormones and helping to regulate your sleep patterns. Is it as easy as popping a pill? No, but it’s also not a literal methamphetamine, so there are choices we must make in life.

In our feverish pursuit of being all-star students, we’ve come to glamorize a culture of overworking the body and mind to the point of extreme fatigue. Sit near some computer science majors in the dining hall and they will eventually start participating in the Exhaustion Olympics, where each of them tries to top the last by talking about how little they’ve slept, eaten or bathed.

Not only does it encourage young students to develop toxic habits, but it’s just about the NERDIEST shit you can do. No matter how busy you are, make time to eat at least two nutritious (or at least filling) meals, take a shower and allow yourself a few minutes each day to just sit with your thoughts and decompress. As the classic saying goes, if you don’t know it by midnight, you don’t know it at all. Unless you stay up all night on a drug that was not prescribed for you.