Review: ‘The Knight Before Christmas’ is another loss for Netflix’s holiday crowd 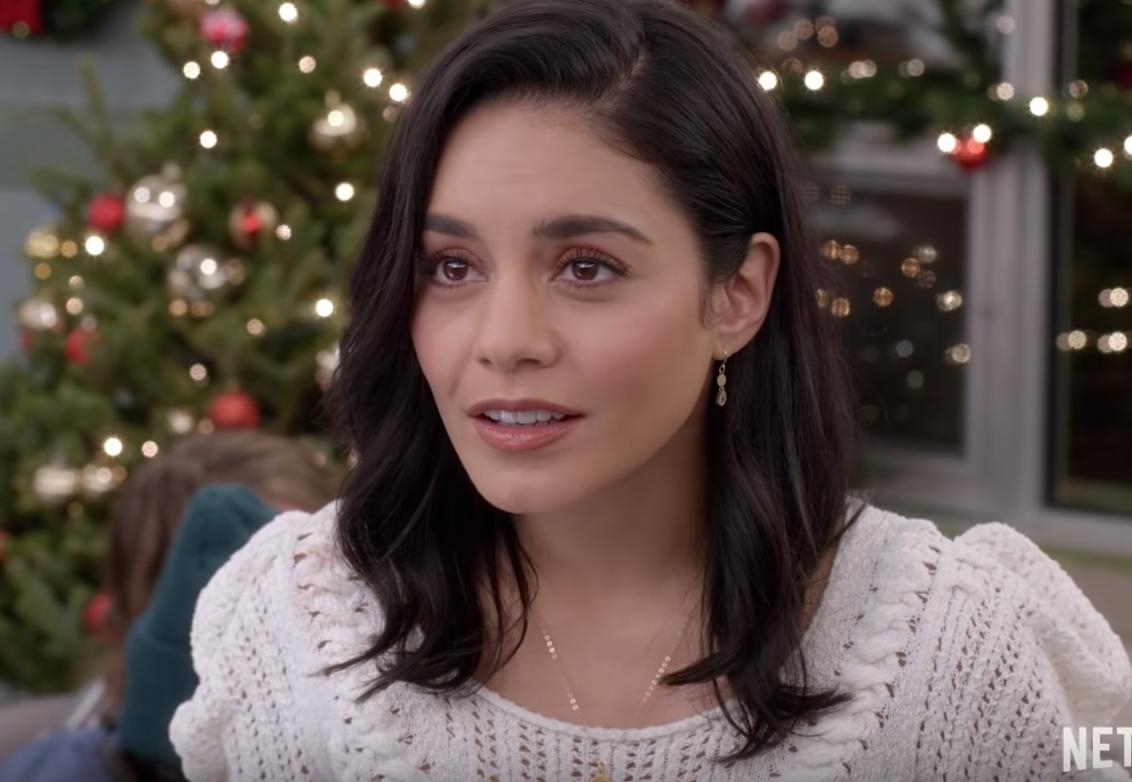 Vanessa Hudgens in Netflix's 'Knight Before Christmas' (Photo via YouTube.)

The Knight Before Christmas is another Vanessa Hudgens Netflix original movie that unfortunately fails to be either original or cheesy enough to be enjoyable.

The movie presents us with the 14th century English knight Sir Cole (Josh Whitehouse). He’s transported to modern day Ohio, of all places, by a magical “Old Crone” who wants him to learn to open his heart. Brooke (Vanessa Hudgens), a cynical high school teacher, takes him in. Obviously, shenanigans ensue.

What could’ve easily been charming instead comes across as low-budget and lazily written. It’s the type of movie that should be a guilty pleasure: lighthearted with a sprinkling of angst. Even though the plot is cute and full of potential, neither the script nor the cast impress. Vanessa Hudgens has proven that she can act since her High School Musical days, but her career in Netflix holiday films has convinced me that she’s choosing not to.

[Read more: Review: ‘White Snake’ will slither into your heart]

This movie falls into the “quantity over quality” category of Netflix originals — it feels like it was quickly churned out among the other holiday releases without much attention to detail. Some characters are incredibly underdeveloped: the Old Crone (Ella Kenion) who uses magic to send Sir Cole into the future looks like they pulled the first woman over 40 that they could find and made her wear a gray wig.

There’s something about the minimal amount of effort put into the details. Just look at the premise: This young, inexplicably beautiful teacher somehow has a guest house in her small suburban backyard (convenient) where she is willing to house a strange man, despite fully believing that he’s insane.

Or that she hands over the keys to her car and allows him to drive off after knowing him for only a few days — never mind that he’s never driven a car before. No woman in the world would bend over backwards for someone like this, especially not the supposedly cynical — yet emotionally available in every way — teacher we are told Brooke is. These details wouldn’t make it through an undergraduate writing workshop, so how they ended up on my screen this Thanksgiving break, I can’t say.

Netflix’s insistence on referencing its other half-hearted Christmas movies (The Christmas Prince and The Holiday Calendar) seems sad rather than clever. Combined with cringey jokes about modern day slang which is already out-of-date (such as “bae” and “lit”), The Knight Before Christmas leaves little to like.

I’m still holding out hope for the cheesy Netflix holiday films sure to come, and maybe even one that stars Vanessa Hudgens. But as far as this one goes — you can go ahead and skip.

Review: The latest episode of ‘Euphoria’ does Jules justice

Hollywood is elevating video games into an art form