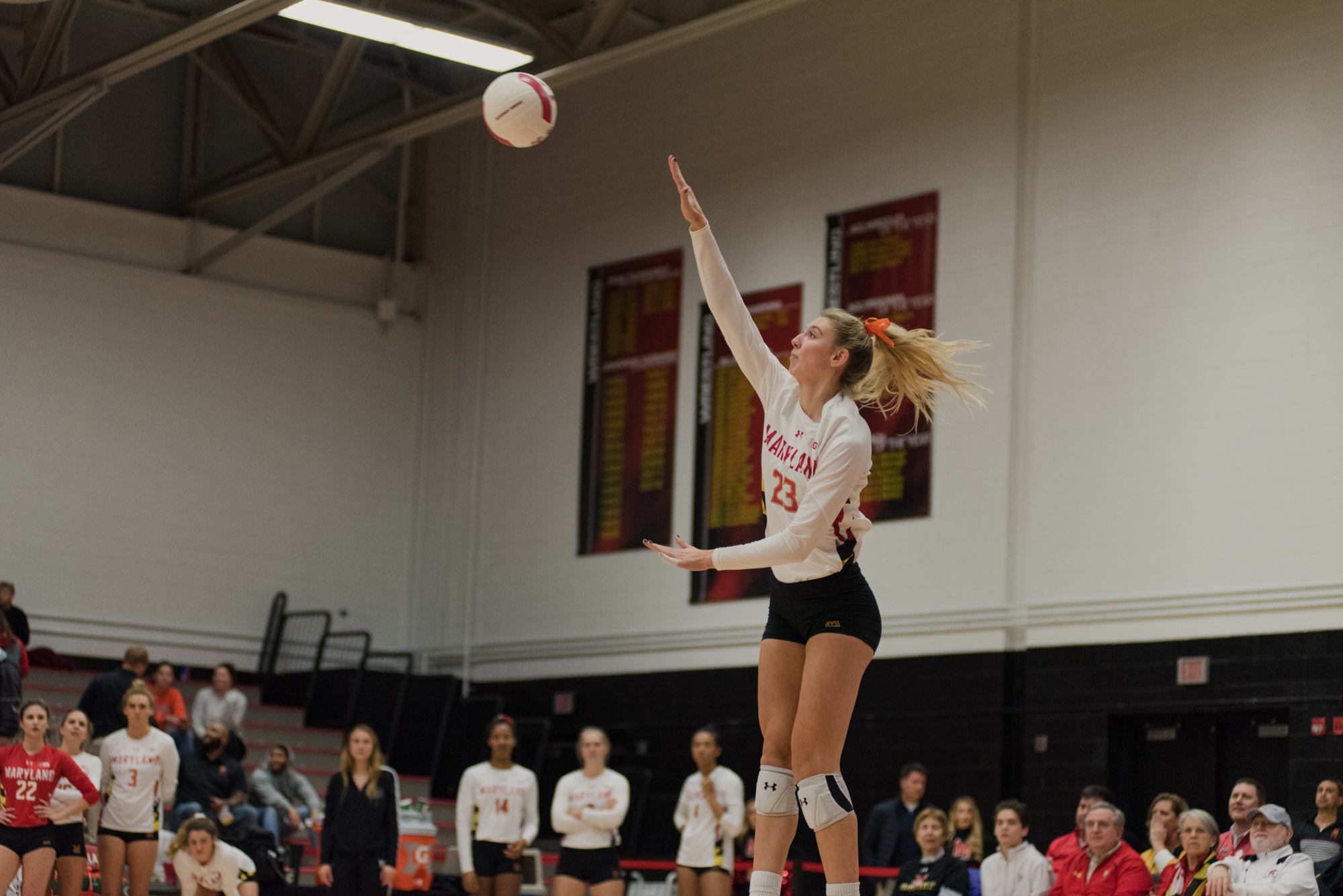 The miscue set up Iowa up for victory in the fourth set in a match where Myers had one of the worst performances of her breakout season.

Myers and the Terps dominated early on in Iowa City, but their luck would change quickly. In its final match of the 2019 season, Maryland went on to lose the fourth set en route to a 3-1 defeat — their first four-set loss since Sept. 25.

“I think our service pressure was really good in the first,” coach Adam Hughes said. “Later on, we were not able to dictate the game as much.”

Set one was one of the streakiest sets Maryland has played all season. The Terps went on an 8-0 run to grab an 11-3 lead, using four straight service aces from outside hitter Erika Pritchard to take control.

Maryland returned the favor soon after, as Iowa answered with a 10-1 run of its own. But the Terps flipped the switch once again with nine straight points backed by three kills from Jones.

“That first set was really telling of what we’re capable of,” setter Nicole Alford said. “We’re definitely disappointed in the final result, but we’re using that set as motivation for the future.”

Alford continued to be the only setter for Maryland in the 5-1 formation. She anchored her team’s offensive attack, finishing the match with 35 assists.

Similar to the Terps match last Sunday against Northwestern, they allowed their opponent to take control of sets two and three after dominating the first. Maryland led set two 14-10 before the Hawkeyes rallied to win it by a score of 25-20.

In set three, Iowa outside hitter Griere Hughes was unstoppable. Hughes notched six kills in the frame, and she led the Hawkeyes with 14 kills in the match.

“We couldn’t find much of an answer for them,” Myers said. “I’ll give credit where credit is due, they played really well and defended us well.”

And unlike the Northwestern match, Maryland was unable to salvage the fourth set. Hughes’ squad kept it close for most of the frame, but two straight Hawkeyes kills ended the match and Maryland volleyball’s season.

“The serve and pass was really the big difference in those final three sets,” Hughes said. “We were always playing on the run, and I think there was a shift in who had the better first touch. That’s probably true for some previous matches as well.”