Review: ‘White Snake’ will slither into your heart 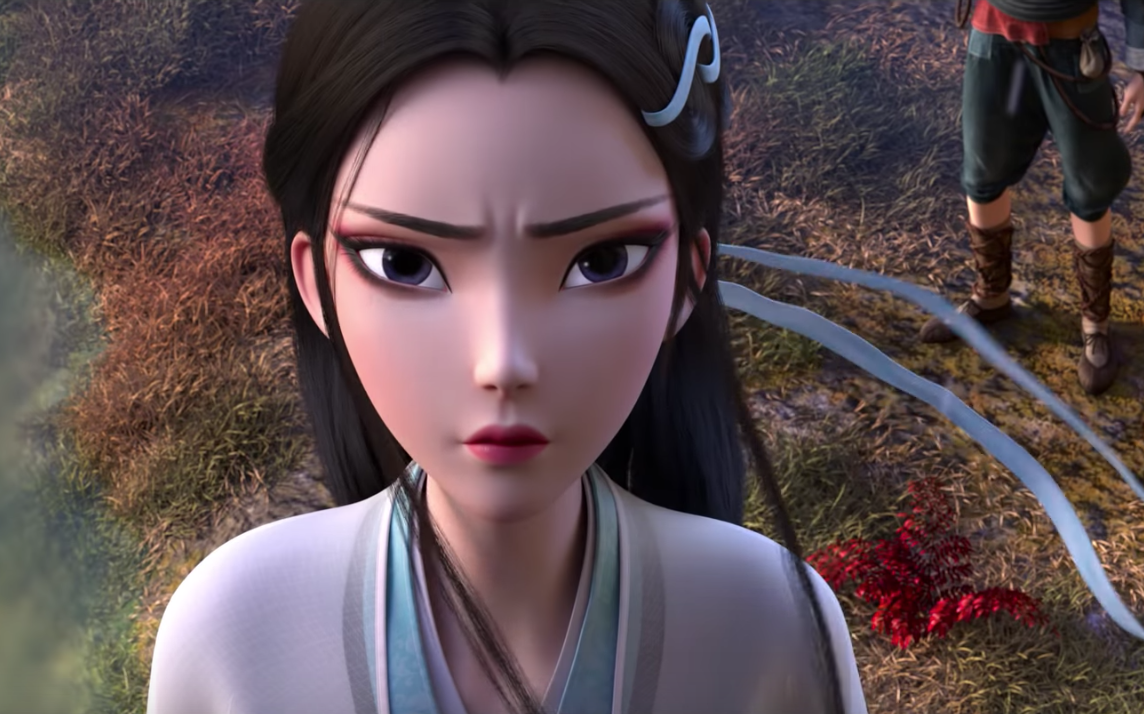 I don’t think I have a better way of starting this review other than by saying this movie is absolutely beautiful. White Snake is stunning, both in its storyline and in its animation, and you should watch it! Please! Do it! I’m peer pressuring you!

In case you’re not convinced, I’ll give you some more detail as to why I think it’s worth watching.

The Chinese folktale is about a snake demon, Blanca, who sets out to kill an evil general for using dark kung fu to kill all snakes. She fails at her mission, and as a result of the magical hairpin she was using as a weapon, lost her memory.

Xuan, a snake catcher, found her passed out near his village and saved her. So, the rest of the movie revolves around her retracing her steps to  figure out who she is while evading capture by the general, with the help of Xuan and his dog Dudou.

A big plot point is the forbidden love Blanca and Xuan have going on. Blanca is a demon and Xuan is human so they can’t be together. However, they have what I would describe as an enduring love. Xuan will do anything for Blanca, and proves to her that he’s not like the other humans who would kill a demon on the spot. In fact, he gives up being a human and turns into a demon for her – but that’s much later in the film.

I was a bit apprehensive to watch this movie, mostly because I was not familiar with this story and reading the summary of the tale on its Wikipedia page made me intrigued but left me still very confused. I was concerned there would be a lot of references I wouldn’t understand, and that parts of the story wouldn’t make sense to me due to the lack of familiarity I have with the folktale and Chinese culture.

But that’s not what happened at all. From the moment I started watching this movie, this story and its visuals captivated me. The first two minutes are artfully mysterious revealing very little about what it is to come, but giving you just enough to want to keep going. You watch as Blanca has a nightmarish hallucination while in a peaceful underground oasis, which only makes sense after you watch the whole film and realize it’s all kinds of foreshadowing.

This is one of those movies that you feel like is really long even though it’s only about 90 minutes — not because it’s bad, but because so much happens in the 90 minutes to keep the story moving. There wasn’t one moment where I wanted it to end; I wanted to know more.

My favorite scene is the one where Xuan and Blanca go to the fox who made Blanca’s hairpin weapon. The visual effects in this scene are phenomenal. The transition from an endless room of drawers to some other dimension through what I can only describe as goopy water looked unbelievably real. The transformation the creepy fox character undergoes as her neck twists back and forth between human and fox (think Professor Quirrell in the first Harry Potter style) is disturbing but enticing.

I’ve said it a million times and I’ll say it again, but the details in the animation are incredible!! You can see every hair, every snowflake and even the water looks like you could reach out to the screen and touch it.

At times the sheer amount of detail can be a bit overwhelming, particularly in the action fighting scenes, but that doesn’t bother me so much. I would rather see the animators go overboard with the visuals than try to tone it down. In this case, I think the extravagance of it all contributes perfectly to the world building and keeps you paying attention simply because there is SO much to see.

In the middle of the film, Blanca is fretting about the loss of her memory when Xuan very wisely says, “Life is short and sorrows long, so better to have a few happy memories.” So, now I say to you, make some happy memories by watching this film with the people you love. It’s worth every minute.

White Snake comes out on Nov. 29 in select theaters.