Review: ‘Waves’ tells a family story in the most immersive and heart-wrenching way 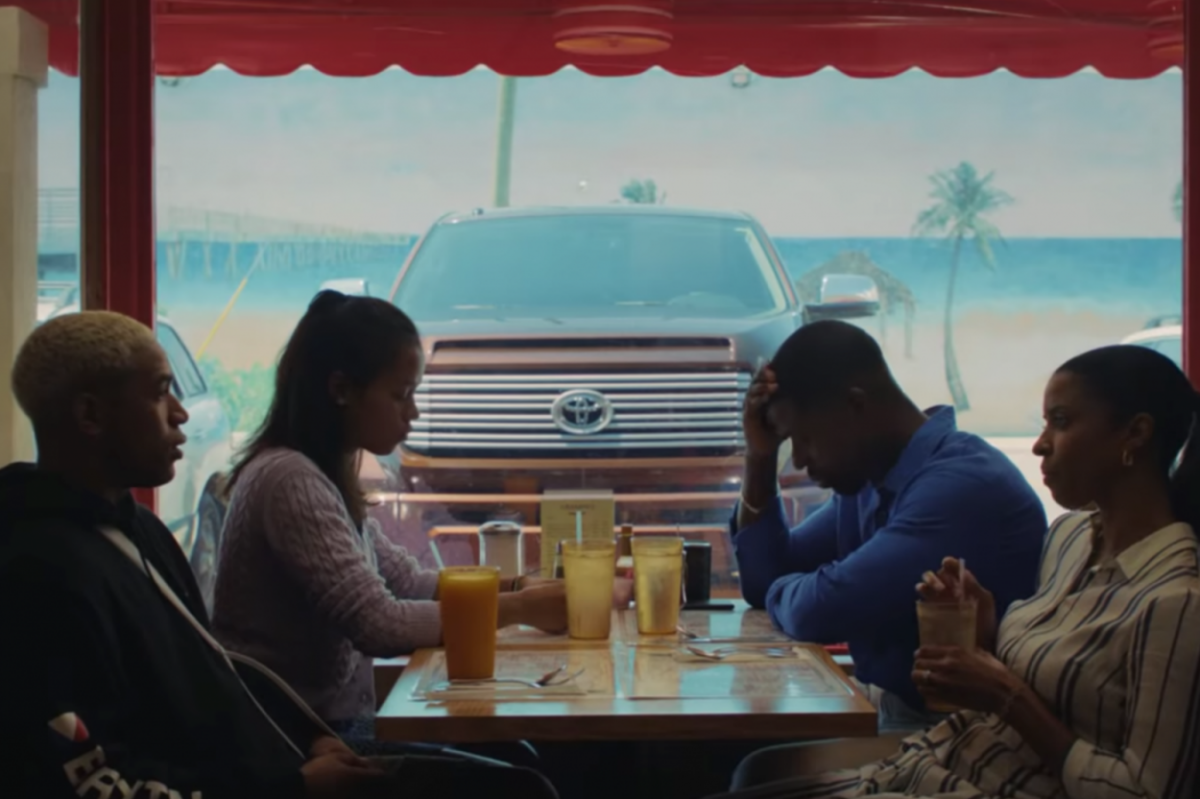 'Waves' is about an upper-middle class black family working to get along with each other (Photo via YouTube.)

I’ve never seen a family’s coming-of-age story told in a way as immersive, honest and heart-wrenching as that of Trey Edward Shults’ Waves.

Viewers are thrust into this family’s world with a rotating shot of 17-year-old Tyler (Kelvin Harrison Jr.) and his girlfriend jamming out in his car, experiencing what Shults described as true freedom.

So opens the film that follows Tyler, a high school student and wrestler, as he struggles to please his father, Ronald (Sterling K. Brown), by excelling as both an athlete and a student. Tyler and Ronald’s story is an excellent portrayal of the simultaneous connection and disconnection of a father and son who love each other but struggle to understand each other.

“You know just how precious family is and how easily it can be lost, so you want to hold on extra tight,” Brown said, describing his character during a post-screening Q&A session. “And that extra-tight love that [Ronald] practices doesn’t always feel loving, but it’s love nonetheless.”

Although the story is heavily inspired by Shults’ life story, it takes on even greater responsibility as it tells the tale of a black family going through a tumultuous time.

It depicts the family in a way that we don’t often have the privilege of seeing on the big screen: an upper-middle class family whose members do not fit perfectly into the molds of the token black characters often portrayed in modern media.

“I’ve never seen a family like this before,” said Sterling K. Brown said. “A black family, upper-middle class … not struggling to survive financially, they’re in a good place, right? You think that once you reach a certain place in life that things become easy … but there are problems wherever you are. Sometimes mo’ money, mo’ problems, right?”

In the middle of the film, a tragic event pivots viewers’ attention to Emily (Taylor Russell), Tyler’s younger sister. The rest of the movie follows Emily as she and her family try to reconcile after one heart-wrenching night pushes them all into their own corners.

Emily maintains a sort of silent strength throughout the movie, which we see blossom as she becomes the main focus and, ultimately, the glue that her family needs to finally come together.

By the end of the film, Robert Hackett, a theatre student at the Duke Ellington School of the Arts, told the audience of the screening that this film helped him break the emotional barrier between him and his father.

Young people today, especially black boys, are often not taught to express emotions, said Hackett. However, after watching Waves, he felt it was necessary to confide in his father about things that hurt him deeply, despite the fact that he never did that before.

“The film gave a lot of insight and gave me a pathway to talk to my dad tonight about things that have happened, stuff that he doesn’t know,” he said.

At the conclusion of the Q&A session, Brown jumped off the stage and walked through the crowd just to give the young student a warm embrace.