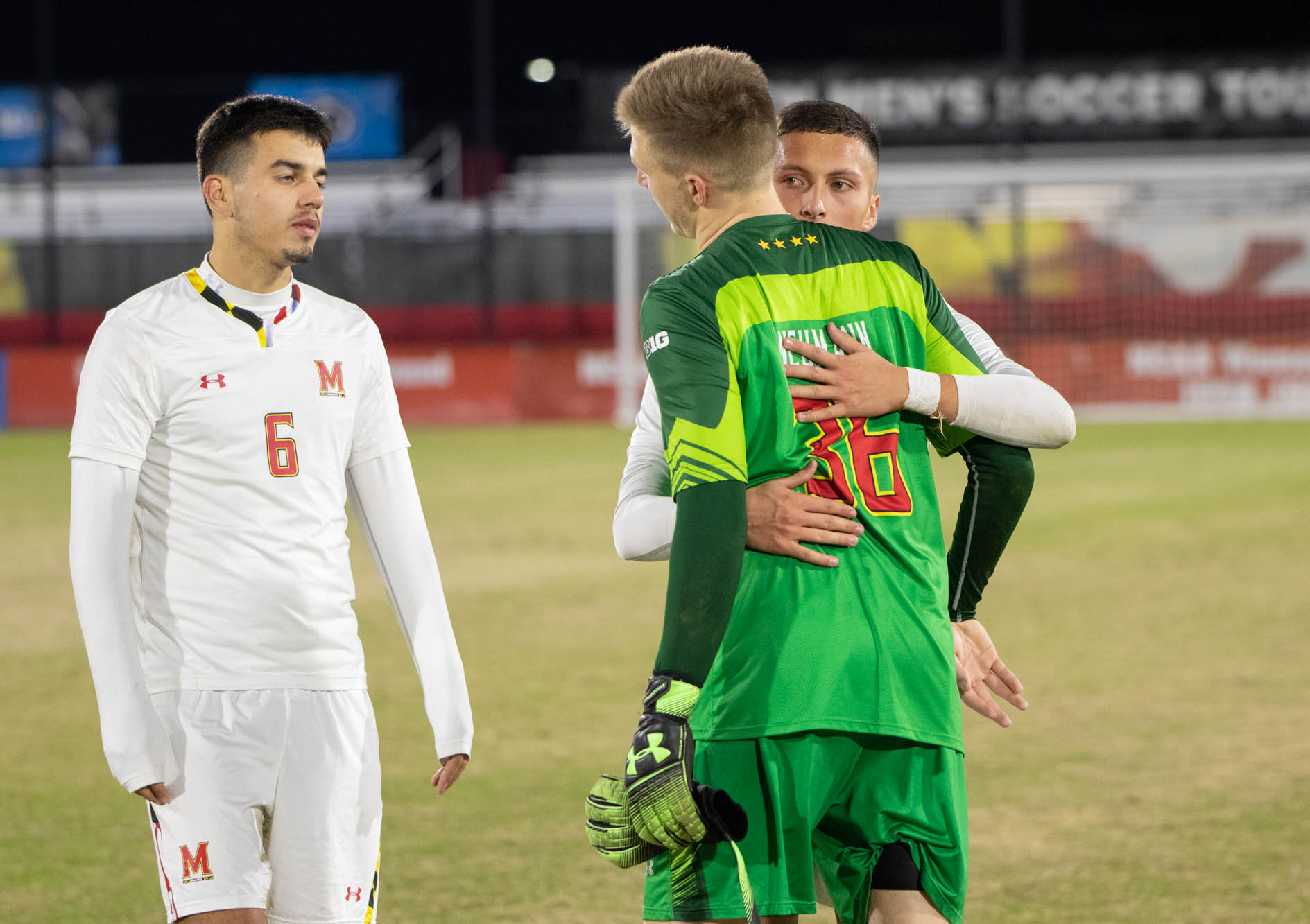 As David Kovacic developed his soccer repertoire growing up in Slovenia, his mother saw it as an opportunity to further his education. So she floated the idea of Kovacic using his talents as an avenue to the United States.

It started with a search on Top Drawer Soccer’s website, where Kovacic found the best collegiate teams. He then sent emails to the top 10 programs with an introduction, some stats and his highlight video.

After visiting College Park, the midfielder committed to the Terps, joining an expansive group of international players on this year’s roster — 12 in all representing nine different countries. With a shared love for soccer, the diverse group has united in a fashion instrumental to the team’s success.

“Soccer is a global sport,” Cirovski said. “So there’s already a natural connection when the players first meet. They have a lot of ties that bind on so many different levels.”

Ten years ago, Cirovski fielded a team that featured only two international players. Over the course of this decade, that number has steadily grown, culminating in the dozen playing this season.

That influx of international participation, Cirovski says, has grown for two reasons.

Cirovski has also seen that pool grow because of the more lenient NCAA amateurism rules compared to years past, opening up the possibility for players who have played professionally overseas to still play in college.

“Players that maybe 15 years ago can’t even look at playing at an NCAA institution now are eligible to play,” Cirovski said. “So I think there’s a much bigger market and pool of players around the world that are looking at coming here to the U.S. to places like the University of Maryland.”

There’s also a sense that the growth of Major League Soccer and the United Soccer League in the U.S. has contributed to the proliferation of international players.

“A few years ago, the MLS was considered more of a retirement league,” said forward Luke Brown, a native of England. “When you have guys like [Carlos] Vela coming here in their prime, and younger guys getting signed for big fees, I think it takes away from that idea and people start to take it a little bit more seriously.”

Aside from adapting to the new surroundings and new teammates, the international players also have to adapt to a new culture. For some, that means fine-tuning their English language skills.

It’s easier for players who grew up in countries that predominantly speak the language, like Brown, who only has to adapt from the subtle grammatical differences between American English and what he grew up with in England.

But for others who have less experience with the language, such as Kovacic and goalkeeper Niklas Neumann, there are support services available at the university to get them up to speed for the academic setting.

This university offers a program called the Maryland English Institute that international students can use to improve their English. And the athletics department also provides support services to help with the transition.

“We have very good counselors, very good learning specialists and tutor support for all of our athletes,” Cirovski said. “But most of the international kids do a better job at using some of the services, and we’ve had great success with it.”

That support has been invaluable for Kovavic and Neumann — who have both emerged as starters and key contributors for the Terps — and their ability to focus on improving between the lines of the field.

Cirovski sees the benefit for his American players as well. Defender Ben Di Rosa said the unique roster makeup has made for a diverse mix of music in the locker room and interesting conversations over dinner.

Kovacic said that he was excited to come to the United States for soccer. And while he misses home, he’s found comfort among the group of international players like himself who are going through the same changes.

“In some way, we all miss home. So we have to make [a] second home here,” Kovacic said. “We are even more connected because all of us come from different parts of the world, so we have to find our family.”