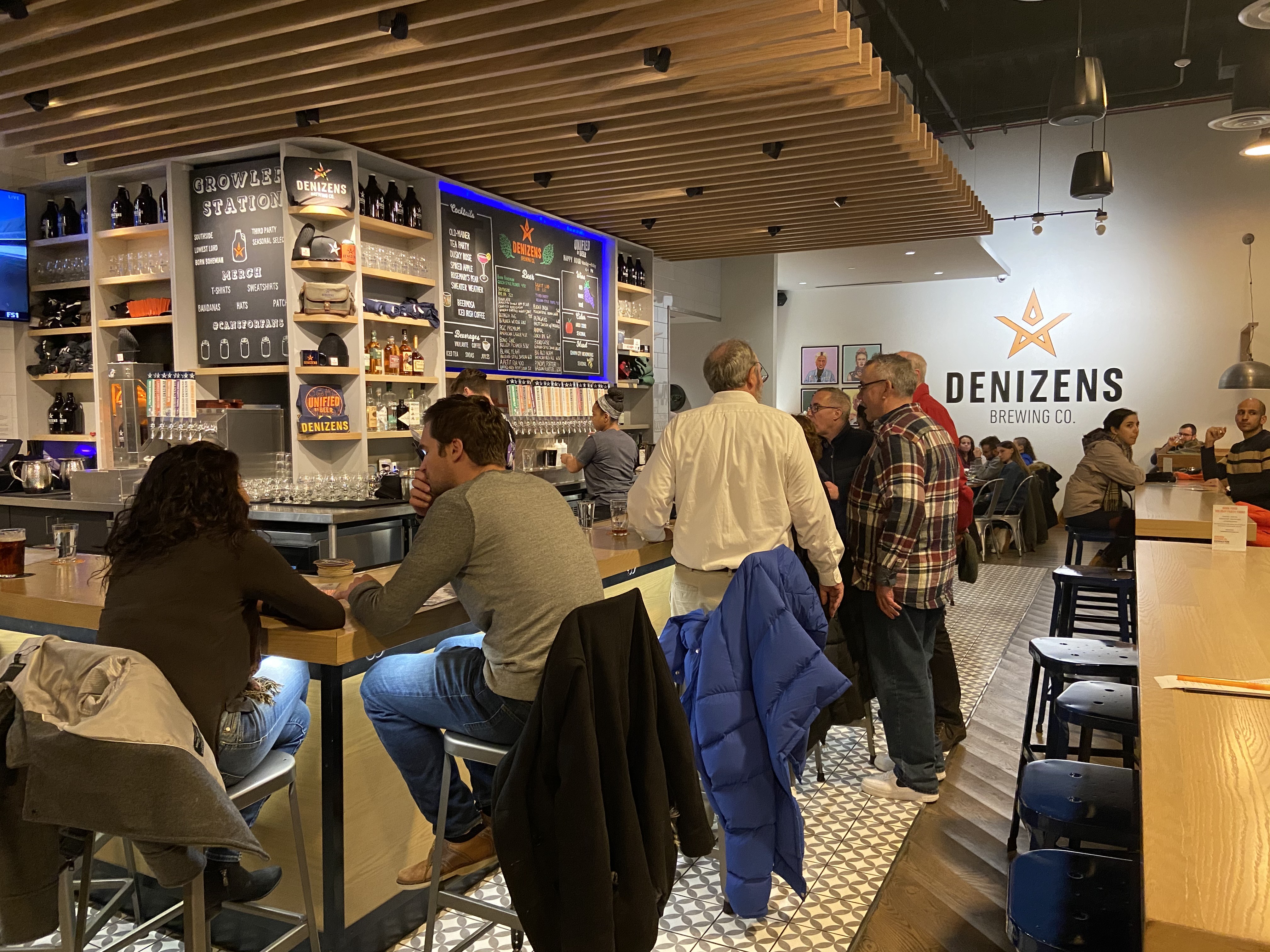 County officials packed the brewery to see the namesake beer — PGC Premium, a pale lager that contains small quantities of flaked rice — and the business behind it. Made using European malts, co-founder and chief brand officer Julie Verratti said the beer is the company’s “proudest concoction.”

County officials and patrons enjoyed the variety of beers Denizens had to offer — lagers, IPAs, pilsners and more — complemented by house-made meals from the brewery’s menu.

“We are excited to welcome another quality business like Denizens to Prince George’s County,” County Executive Angela Alsobrooks wrote in a statement sent by a spokesperson.

Denizens opened its second location in Riverdale Park Station in May to grow the company’s production capabilities, Verratti said. The new site — a colorful space with bar and table seating — is able to produce four times as much beer as Denizens’ original location, which opened in Silver Spring in 2014, she added.

“We had maxed out on what we could brew to meet our consumer and wholesale demand in 2016 and needed to find a way to make more beer,” Verratti said. “We looked around Maryland, and Riverdale Park was the best place for us to do that.”

Though Denizens has just the two brick-and-mortar locations, its beer is distributed to over 100 bars, restaurants and retail stores in Maryland, Washington, D.C., and northern Virginia.

“It’s close by, they always have good beer, and food as well,” said Paul Kennedy, 33, of Greenbelt.

The brewery also plans to market to the University of Maryland’s campus, an area Verratti said it hasn’t yet infiltrated. Denizens recently hired a marketing director to expand its reach in the county.

“You know this is Prince George’s County’s beer,” Verratti said. “We want people to be really proud of this beer and proud to be affiliated with it.”

CORRECTION: Due to a reporting error, a previous version of this story said Denizens self-distributes its beer to Maryland, Washington, D.C. and northern Virginia. It only self-distributes in Montgomery County and has distribution partners in other areas. This story has been updated.