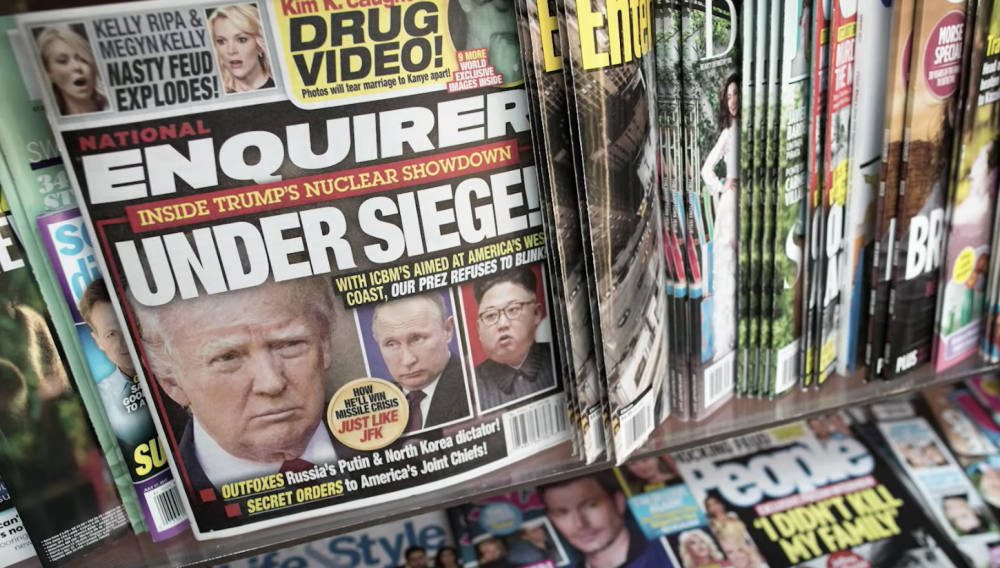 For a film documenting the indelicate affairs of the country’s most infamous tabloids, Scandalous wasn’t actually all that scandalous.

Directed by Mark Landsman, the documentary follows the National Enquirer in its journey from mafia-funded gore rag to multimillion dollar publication.

The trailer is fast-paced and jam-packed, promising “Sex! Gossip! Scandal!” and an authentic look into one of the most corrupt and “perfectly placed” pieces of propaganda. It had me expecting salacious details about the magazine’s coverage of big names and faces: Oprah, O.J., Princess Diana, Elvis. But the documentary itself is far tamer.

It’s well-produced, with animated clips of old issues of the Enquirer, footage of the journalistic beehive that was its newsroom and even interviews with some of the biggest names in journalism — Enquirer-affiliated and nonaffiliated alike. But the whole time I was watching, I was craving just a bit more — more details, more drama, more scandal. Scandalous had all the ingredients for a fascinating watch, but it just missed the mark.

For one, the shock factor of the National Enquirer hinges on its corrupt newsgathering practices. The revelation that its reporters were constantly using illegal methods — rifling through mailboxes, bugging phones and paying for sources — was supposed to surprise viewers. Maybe I have a cynical view of the news industry or had too high of expectations for juicy gossip, but that just wasn’t that shocking to me.

And, when the documentary did have a more interesting story to tell — such as the fact that the Enquirer was sent anthrax during the 2001 anthrax attacks, leading to a photo editor’s death — it sort of glossed over the story for the sake of keeping the timeline moving.

[Read more: Review: ‘RENT’ 20th Anniversary Tour was a hit, besides its one major flaw]

There were, however, two standout anecdotes. The way the Enquirer linked O.J. Simpson to the infamous “ugly ass” Bruno Magli shoes (paying every sports photographer it could to look through their negatives to find a shot of him wearing them) was a side of the well-known story I had never heard. And learning about the lengths the Enquirer had to go to get a picture of Elvis in his coffin (paying a random old man to dress up as a priest, hide a camera under his robes and return to pay his respects as many times as it took to get the shot) was simply just funny.

Also notable was how much time Scandalous dedicated to Donald Trump’s connection to the publication. From early days when Trump would call in “anonymous” tips about himself, the tabloid had a good relationship with the president. And in 2016, the Enquirer killed a story about Trump’s affair with a Playboy model — an act that was found to have undue influence on that year’s presidential election. It’s stories like this that remind viewers that, as Carl Bernstein — yes, that Carl Bernstein — puts it at the beginning of the film, the National Enquirer should be seen as pop culture, not as news.

The documentary does provide a pretty insightful look into the tabloid’s constant influence on American life, but it just didn’t captivate me the way something literally called Scandalous should.