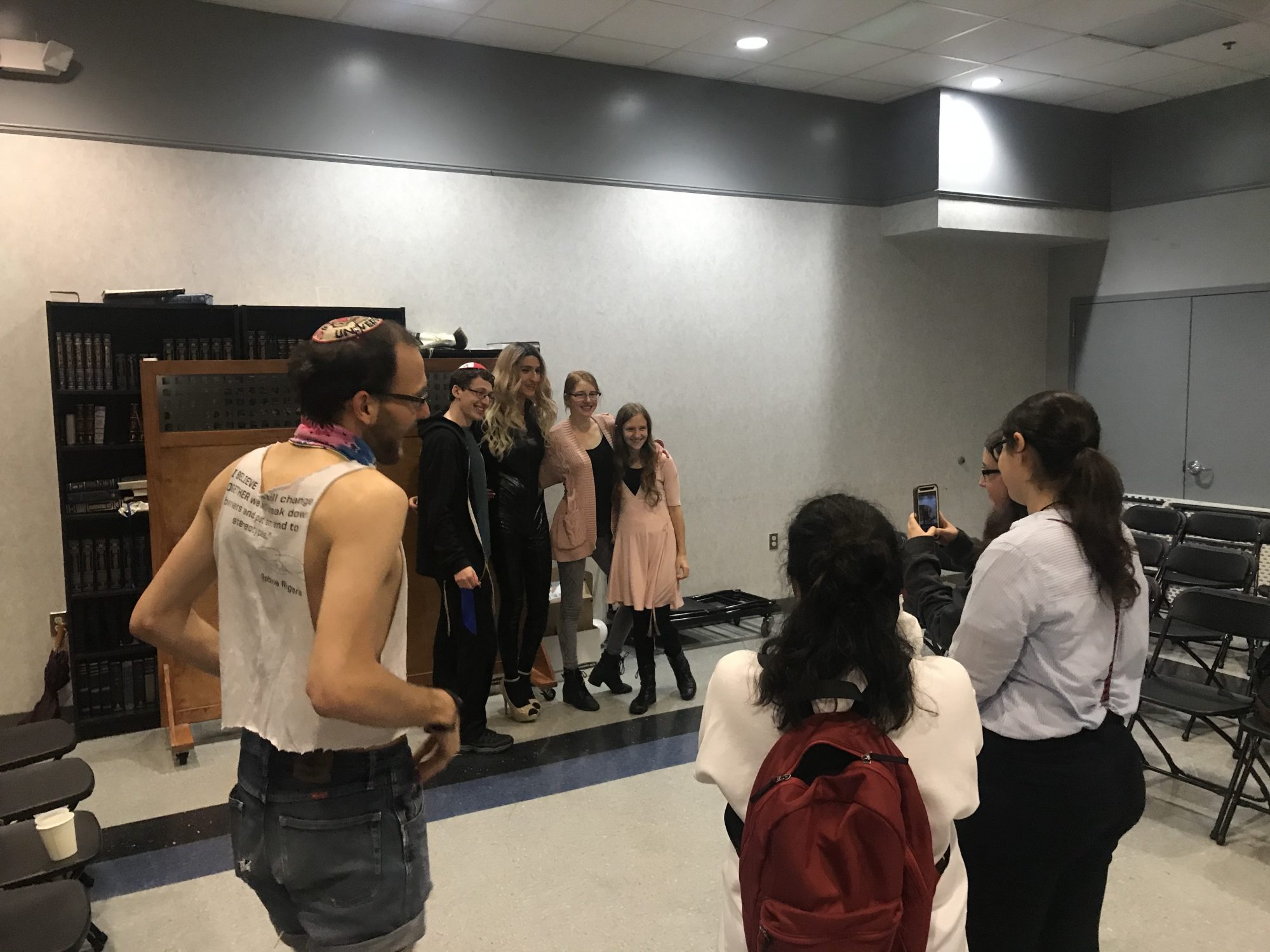 What could have been just an average Thursday night at the University of Maryland Hillel ended up as so much more. With a crowd of a few dozen and the faint sound of queer anthems such as RuPaul’s “I Bring The Beat” and Lady Gaga’s “Born This Way” playing in the background, a student-led drag show was about to begin.

The show was hosted by Hamsa, a campus organization for Jewish LGBTQ and allied students.

Before the show, I tried to line up interviews with both Avi Alpert, Hamsa’s president, and Aveira, the queen performing.

I emailed both of them separately prior to the show to see if I could talk to them after the performance. To my surprise, I found out they were the same person.

“I really wanted this opportunity to perform at the Hillel to introduce drag to the Jewish students on campus in a Jewish context, so people would relate to it and it would be funny for Hillel students to maybe push them out of their comfort zones,” Alpert said.

When the overhead lights shut off and were replaced by red, blue and green strobe lights, the crowd knew the show was about to begin.

Dressed in a long blonde wig and a jet black cat suit, Aveira transfixed the crowd from the moment she stepped out from behind her partition in the corner of the room.

She fiercely strutted the catwalk in the middle of the room, with rows of people on each side sitting at the edge of their seats. Photography was encouraged, as were cash tips and Venmo payments, both of which went toward benefitting Hamsa.

Aveira performed a variety of delightfully fun lip-sync songs such as Ariana Grande’s “Into You,” or Todrick Hall’s “Nails, Hair, Hips, Heels.” She also showcased a couple of parody songs. In one instance, she updated the “Schitt’s Creek” song “A Little Bit Alexis” to, fittingly, “A Little Bit Aveira.”

At one point, she scrolled through the Hamsa Venmo account and thanked the people who had donated so far. She also scanned the crowd for boys she recognized and provided her own commentary on them to the crowd.

The peak of her performance, however, was her rendition of Lady Gaga and Bradley Cooper’s “Shallow,” with the lyrics changed to be about the subpar Hillel food. There’s nothing quite like a drag queen standing on a table acting like they’re going to shit themselves, with a fart track blasting in support.

Alpert has been doing drag for three years, but last week’s event was his second performance ever. He describes Aveira as a “Jewish queen, a little sacrilegious, provocative and funny.”

The name Aveira comes from the Hebrew word for sin. To Alpert it sounds similar to “Avi,” and just “sounds like a drag name.”

The drag show is just one example of Hamsa’s communitywide events, which are open to allies. Their other events include meetings of Nice Jewish Queers, which meets one to two times a month in the LGBT Equity Center.

Mo Goldberger, who emceed the drag show, is also a Hamsa member.

“Finding out that there’s a place for queer Jews on campus, and I could still be a part of the Jewish community was amazing,” said Goldberger, a sophomore computer science major. “I love Hamsa. I’m so glad it exists.”

She said she was “so happy” with the event’s turnout. “It just went better than I could have imagined.”

Alpert noted how Hamsa had provided a “home” for him and other students.

“It’s been an opportunity for me to give back to the community,” he said.