A decade since the success and controversy of ‘Call of Duty: Modern Warfare 2’ 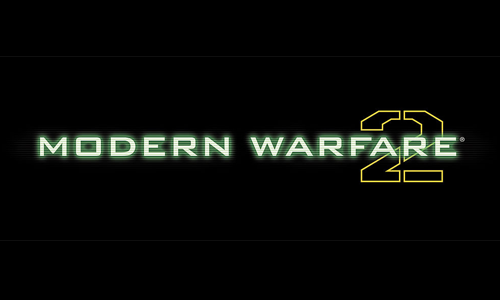 During my late middle school years, the relationship between my mother, me and my Xbox 360 was quite predictable. Declaring, “You’ve played too much,” she’d take the controller (I had backups) or the system itself and hide it. I, in turn, would let her know that I was “going for a walk” and make my way down the hill to my friend’s house to play on his system with him.

The game that we played most often, Call of Duty: Modern Warfare 2, was released ten years ago this week. And, while it’s still a hall-of-fame game in the eyes of many (including myself), the surrounding controversy leaves it with a scarred legacy.

The sixth installment of the Call of Duty games, Modern Warfare 2 was a smash hit upon its release. In North America and the United Kingdom alone, the game sold nearly 5 million copies and raked in an estimated $310 million dollars in the first 24 hours.

With the blockbuster-like reception comes a storyline that could rival the best action movies. The campaign mode of MW2 centers on the hunt for a Russian terrorist named Vladimir Makarov while U.S. forces defend the East Coast from a World War III-style invasion. The game features speed boat chases, raids of an oil rig in the Pacific Ocean, views of a missile launch from the International Space Station and more.

It wasn’t just the campaign that made the Infinity War-produced game a hit. The online mode includes a variety of different maps and customizable weapon options, plus a lobby with some pretty entertaining trash talk.

But the decade since the release of Modern Warfare 2 has given fans and non-fans alike lots of time to think about the choices made in the game, many of them problematic. Much of the major controversy surrounds the fourth mission in the game — “No Russian.”

In the mission, which you have the option to skip, you play as Private Joseph Allen, a CIA operative deep undercover in Makarov’s terrorist organization, and you’re required to carry out a mass shooting at a Moscow airport. It is a brutal mission that, while important to the storyline, is dreadful to have to play or look at.

With the uptick of mass shootings over the past decade, this level has aged poorly and added fuel to the fire of the theory that violent video games make violent people. While studies often debunk this idea, there’s troubling anecdotal evidence that points some blame at MW2. Anders Behring Breivik, the man who killed 77 people in a 2011 terrorist attack in Norway, claims in his manifesto that he used the game as a training simulation.

The violence isn’t the only aspect of the game that sparks controversy. In an early training stage of the campaign mode, there’s a borderline-homophobic Easter egg where two soldiers joke about the Department of Defense’s former “don’t ask, don’t tell” policy regarding gay, lesbian and bisexual soldiers.

In a way, I feel shame for the intense love I had for the game when I was younger — I would walk 15 minutes in Pennsylvanian winter weather just to play it. The intense violence the game portrays, as well as the tasteless policy it jokes about, taints my rose-colored view of it.

I’m not sure how you balance a love of something with the knowledge that it had a negative impact on many, but I do know this — Modern Warfare 2, like so many other things we look back on with nostalgia, is hardly as perfect as I remember.