Maryland wrestling shines in AU Round Robin against American and VMI 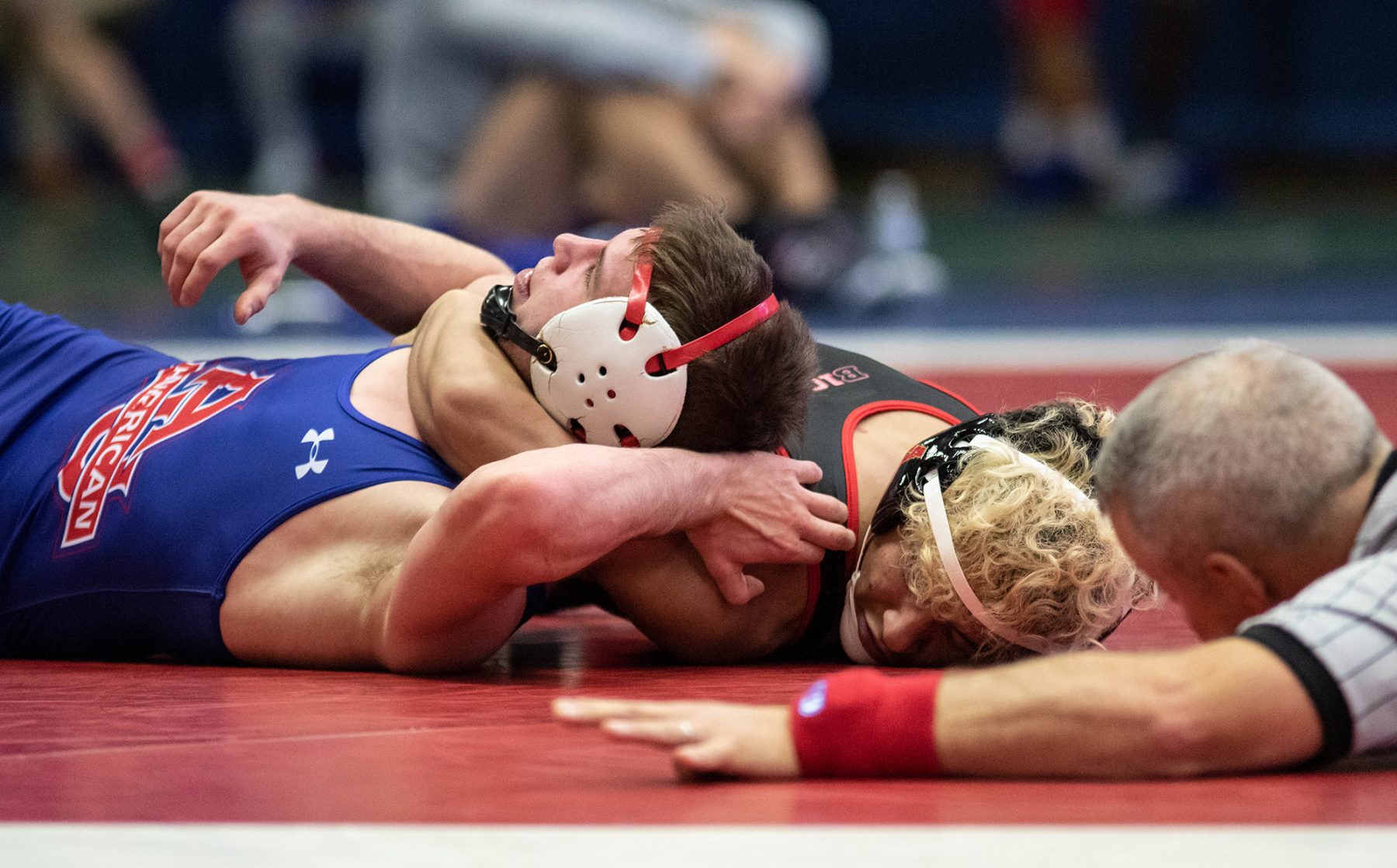 And when 197-pounder Jaron Smith opened up with a commanding 16-1 technical fall against American’s Will Jarrell, the Terps delivered.

Smith’s performance set the tone not only for his own season but for the rest of the tournament — out of 41 matches Saturday, Maryland wrestlers won 30.

Smith fed off the momentum, later earning a 9-2 decision over American’s Abe Correa-Medina to close out a 2-0 day.

“He was so dominant,” Clemsen said. “Really really impressive with just how physically overwhelming he looked in that match. … He really imposed that will and that ability, and it was a good tone-setter for the day for sure and I think for his season.”

Sandoval asserted his dominance in each of his three bouts on the day. After briefly circling his first opponent — American’s Daniel Kidd — Sandoval went in for a takedown and gained top position, grapevining Kidd’s leg to keep him down.

After holding Kidd down for four seconds, a scramble ensued, resulting in Sandoval pinning Kidd in 4:32. In his next two matches, Sandoval played off his opening win, pinning VMI’s Sean McKinney in 0:56 and earning a 17-0 technical fall over VMI’s Cliff Conway.

In the 149-pound class, Garrett Burnham went 1-1 — including one medical forfeit — while Michael Doetsch enjoyed a successful afternoon with three wins, including two pins.

Although many Terps were victorious at least once Saturday, 174-pounder Josh Ugalde was kept out of the win column. Despite his successful 2018-19 campaign, the starter went 0-2. Against VMI’s Neal Richards, Ugalde went in strong, scoring two points for a takedown.

But after starting at the bottom in referee’s position, Richards flipped Ugalde, maintaining control for the majority of the remaining time en route to a 14-7 major decision. And although Ugalde appeared to have a breakthrough against American’s Bryce Dempsey, he still lost the match, 5-3.

Despite seeing a few notable losses, there was significant improvement for Clemsen’s squad since last week, when Maryland took down Southern Virginia but fell to Virginia, 34-6. Maryland is already halfway to its 2018-19 win total, and Saturday’s successful round-robin showing was another encouraging sign.

“Overall, I think the kids have just done a good job of being receptive to being coached,” Clemsen said. “We have a bunch of smart kids … so you match that cerebral capacity with good physical effort. We’re going to keep seeing good things happen.”