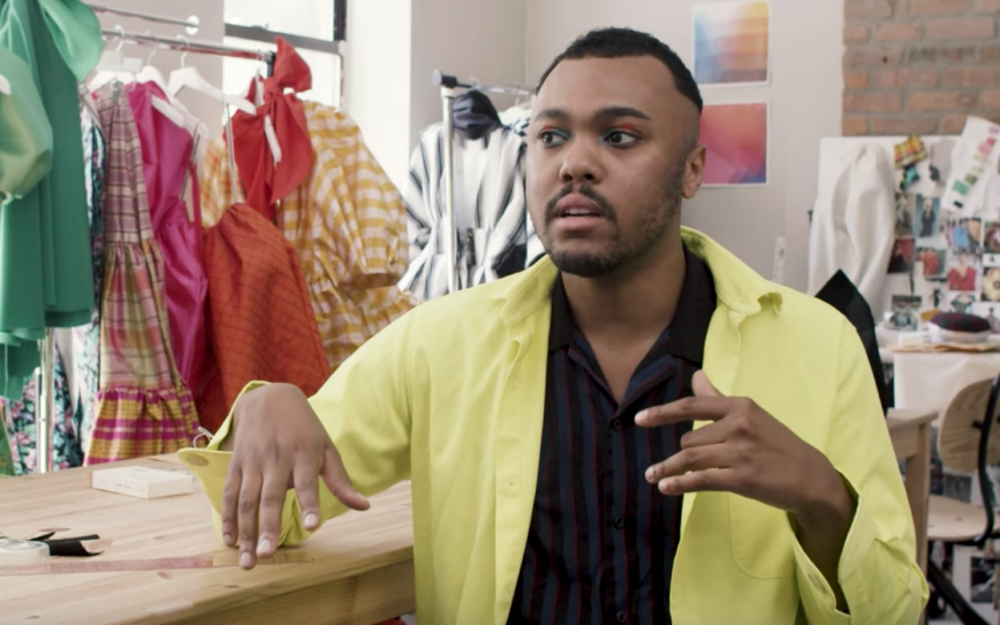 Christopher John Rogers was awarded the CFDA/Vogue Fashion Fund for 2019 (Photo via YouTube.)

Bright colors, bold patterns and extravagant silhouettes: these are the signatures of Christopher John Rogers, the 25-year-old American designer honored with the CFDA/Vogue Fashion Fund, one of the fashion industry’s most prized awards.

The award — given by Vogue and the Council of Fashion Designers of America — is the fashion industry’s de facto crown to signify who is “next up” for success. First place winners receive $400,000 to help them expand their business and runners-up receive $150,000 for the same purpose. The reward packages also include mentorship from experienced industry professionals that best fit the winners’ aspirations and personal niche.

Rogers truly deserves this award, as he has been doing amazing work since before he even graduated from the Savannah College of Art and Design. During his time there, Rogers interned for top designers such as Tanya Taylor and Azede Jean-Pierre. He also won coveted design competitions such as the Swarovski Crystal Design Competition and the SAGA Furs International Design Competition.

These competitions awarded Rogers with sponsorships and materials that he used in his BFA Thesis/Resort 2017 collection during his senior year at SCAD. The collection — which featured colorful, attention-grabbing prints and bold, draping silhouettes — caught the attention of Cardi B, who wore a fur coat from the collection during her 2017 BET Awards performance.

The celebrity attention did not stop there. Two years later, Rogers had the privilege of dressing Rihanna, Gabrielle Union, Lizzo and Tracee Ellis Ross. As if that wasn’t enough, Michelle Obama also wore a custom-made shining cyan pantsuit by Rogers for the final stop of her book tour in May.

Despite establishing himself as a luxury designer, Rogers has made it clear that he is not satisfied with only working with big names. He wants all women — famous or not — to enjoy his work.

“I think that real women buying the clothes, loving them and being excited about the product is a lot more rewarding than just dressing figureheads,” he told Fashionista in 2017.

Not many designers are as daring as Rogers. He is not afraid to mix prints, use bold color palettes or create designs that take up as much space as possible. He focuses on evening wear that encourages wearers to not shrink into the background, but instead, be confident in their right to exist and have a voice. He is able to accomplish such designs without sacrificing the wearability of his pieces.

Rogers has described his clothing as “a debutante ball thrown at Stonehenge and illustrated by Dr. Seuss,” to The New York Times and Teen Vogue. One look at any of his four collections and you’ll quickly understand why.

Such an innovative and fashion-forward thinker is exactly who the fashion industry needs in order to combat the sense of sameness seen across collections from year to year. There are few designers who are actually doing the work to break the mold of what we think luxury fashion is, and Rogers is certainly one of them.