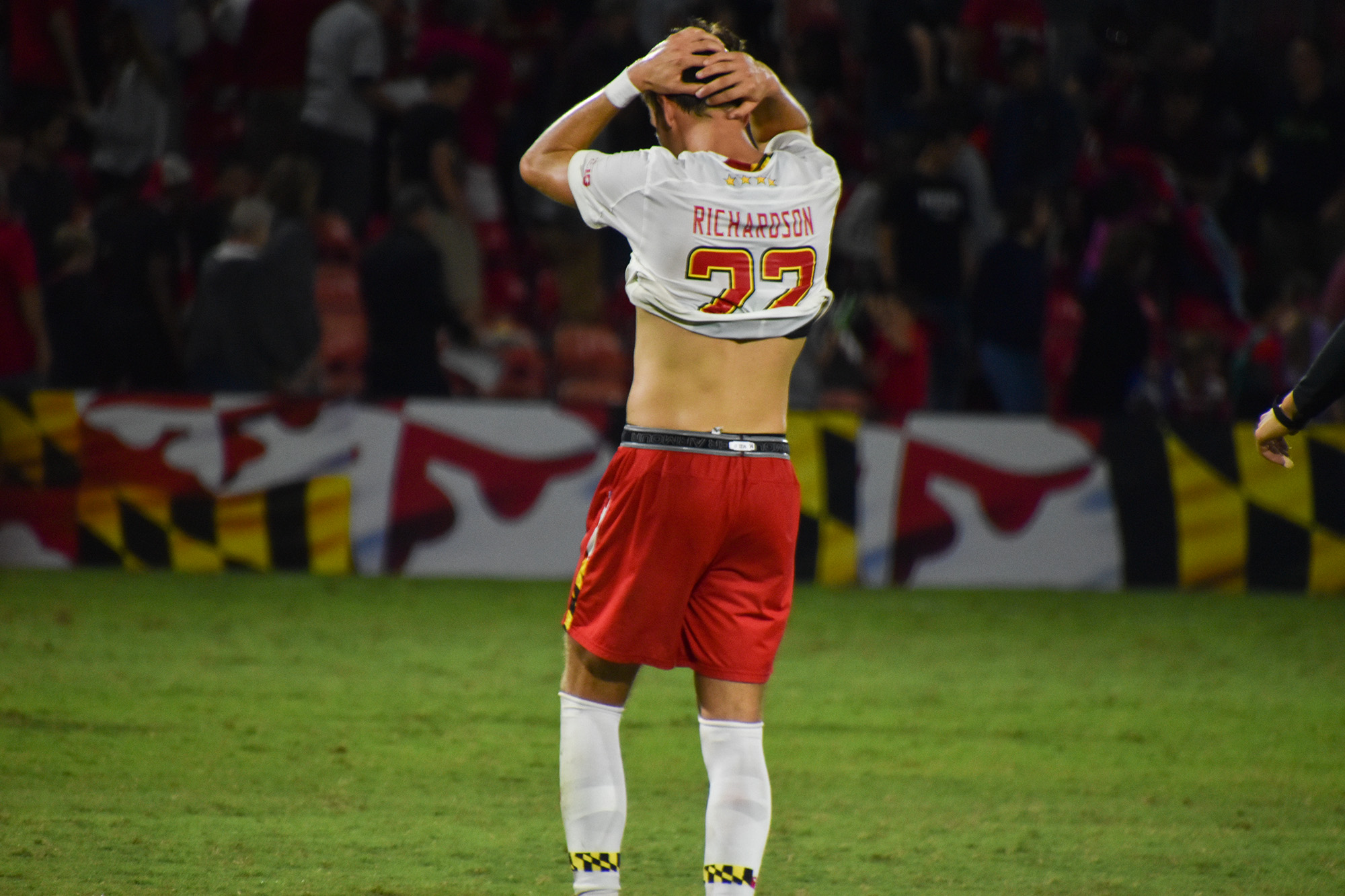 Whenever the 27th-year coach experiences a regular-season loss, he’s inclined to think about redemption in the postseason. That desire for Cirovski was especially apparent after a game in which he watched the Terps surrender three goals because of mistakes.

Cirovski described each goal to reporters Thursday, three days before his squad heads to Evanston, Illinois, to play the Wildcats in the Big Ten tournament’s quarterfinal round.

He recalled the cross that “had no business getting through,” a weak back pass to the goalkeeper and a pass that floated over shot-stopper Russell Shealy’s head and inadvertently into the net. On Sunday, the Terps will look to make amends for that regular-season loss, with a berth in the Big Ten tournament semifinal in College Park on the line.

“It’s good that we’re playing Northwestern,” forward Eric Matzelevich said. “[We] had a bit of an unfortunate result against them, so we’re excited to go back and try to win at their place.”

There’s a feeling the team has evolved over the last month and a half, and the loss to Northwestern was a catalyst for banding together to get the season on the right track.

In the five games following the defeat, Maryland won three games — including victories over then-No. 9 St. John’s and then-No. 14 Cal State Fullerton — and had two draws against conference opponents.

“Northwestern was one of those games early in the season that we looked at ourselves and thought, ‘That’s not a game we should be losing,’” defender Brett St. Martin said. “So we really turned our season around after that, and we made every game count.”

When the Wildcats beat the Terps, Northwestern employed a strategy other teams have also used against Cirovski’s team this season.

Rather than trying to work the ball up field with a possession-based style, the Wildcats quickly played long passes forward to counteract the effectiveness of Maryland’s vaunted press. That direct style has confounded the Terps at times this season, but the team has been working in training to solve that approach.

“We’re not foreign to the fact of how direct they can be,” Matzelevich said. “So really trying to have … a good offensive and defensive balance and minimizing their directness, and also countering off that.”

Sunday’s match offers more than just a chance at getting one back on Northwestern. It marks the beginning of the postseason — a new campaign entirely, as Matzelevich called it.

Matzelevich and the returning players from last season know the different mindset that takes shape in the postseason. Last year, the team fell short in the conference tournament, losing in the semifinal round to Indiana on penalty kicks, but remained resolute to achieve the ultimate goal: a national championship.

“Trying to replicate last year,” Matzelevich said. “But obviously we’re missing a lot of personnel from last year, so we’re trying to find our new identity within the postseason. And hopefully we can do the same thing we did last year.”

All season, the team has maintained that it’s not defending a national title — it’s chasing another one. That journey takes another step as the postseason begins with the Big Ten tournament.

And that postseason journey starts against a Northwestern team that left Cirovski disappointed early in the season.

“I’m excited for another chance at Northwestern,” Cirovski said. “Whenever you lose to a team in the regular season, you hope you have another shot in the playoffs — and we have another shot.”